Drew Curtis, overlord of Fark.com – probably my favourite site on the entire internet – has written a book about “how the mass media tries to pass off crap as news”. He’s right, it does, and the book does a superb (and superbly funny) job of identifying and skewering the various ways in which they do it.

Bravely, Curtis also tries to offer advice to mass media – and for me, that’s where things come unstuck. As Curtis rightly points out, not-news (such as stories about people doing stupid things with their penises, or Paris Hilton doing things with penises, or what Michael Jackson allegedly did with his penis) draws audiences. Curtis’s suggestion is that mass media splits the news and not-news into two different sections, so those of us who want proper news can get it, while those of us who want skateboarding dogs can get that too. And never the twain shall meet.

It’s a nice idea, but I really don’t see it – and I don’t think it’s a coincidence that the one outlet he commends for resisting consultants’ suggestion that they redesign their site as a MySpace-a-like to court bored teens, a move guaranteed to alienate the grown-ups, is the BBC. Unlike pretty much every other media outlet on the planet, of course, the BBC isn’t funded by advertising.

For Curtis’s prescription to work, mass media outlets would need more than just a news and not-news section; they’d need publishers to keep the unprofitable news bit alive instead of dumping it and concentrating on the lucrative skateboarding dogs and penis accident stuff. And that’s the bit I have a hard time imagining. Just look at your local paper: if it’s anything like mine (and thanks to consolidation in the local news industry, it almost certainly is) they dumped expensive things like journalists a long time ago.

What if it’s not that internet advertising is any different, but that the whole advertising business is built on a giant pile of bullshit, and that it’s only since we stuck it on the internet that we’ve been able to see just how much bullshit the creatives and ad salespeople have been shovelling?

And that’s the interesting thing, because of course pretty much the entire internet seems to be pinning its hopes on advertising revenue. If Curtis’s own experience is correct (he was promised 4% conversion rates from display ads; the reality seems to be 0.2%, on a good day, if the planetary alignment is favourable and you’ve got a lucky rabbit’s foot) then an awful lot of people are fighting for shares of an advertising pie that’s 20 times smaller than they thought it was.

That’s good news for Google; not so good for the sites depending on ad income.

If I’m making it sound as if the book’s a dull “whither media?” treatise, I’m doing it a disservice. While there’s serious stuff in there if you want it, the book itself is more of a romp through media scaremongering, stupidity and other things beginning with S. It’s a hoot, and well worth buying.

Disclaimer 1: I’m still operating on sod-all sleep, so the above may not make any sense at all.

Disclaimer 2: Drew Curtis is a friend of .net magazine; I write for .net, so therefore there’s a mild conflict of interest here. That said, as far as I’m aware Drew would set the dogs on me if I turned up at his house demanding beer.

Just a quick book recommendation: It’s Not News, It’s FARK: How the mass media tries to pass off crap as news, by Drew Curtis of Fark.com fame. It’s very good and very, very funny. I’ll scribble a quick review when I finish it; if you’re interested, you can read chapter 1 online.

As you’d expect, most of the books about pregnancy and being a new parent are written for women. If you’re lucky, the dad gets a passing mention – “make sure he helps with the housework!” – but most of the time you don’t even get that. Maybe it’s because dads aren’t interested; more likely, it’s that dads are just expected to get on with it.

And that’s a shame, because imminent fatherhood is really bloody scary. You worry about all kinds of things, from big things – will I bond with the baby? – to really big things, such as whether you’ll ever go to the pub again (yes!) and at whether it’s still acceptable to ogle Girls Aloud when your very pregnant partner is feeling rubbish (no!). But to the authors of “so, you’re going to have a baby!” books, none of that matters. Those books are for mums, not you.

So what if you do drop it? First, you will establish whether or not it bounces.

If that makes the book sound rather laddish, it’s not. It’s actually a very warm and sympathetic look at fatherhood from conception to the first birthday party, and it answers all the questions you might have (including the ones you’re too scared/embarrassed to ask other people).

It won’t change your life – that’s the baby’s job – but it’ll give you a much better idea of what to expect, how to cope with it and how to deal with Competitive Dads.

Fancy making an audiobook to sell on iTunes? Here’s what you will need.

And here’s how to do it:

The new Christopher Brookmyre novel, Attack of the Unsinkable Rubber Ducks, is top fun. Unless you’re into psychics or Intelligent Design.

I’m ashamed to admit I got the geeky in-joke on page 124 immediately.

Idly wandering around Amazon last night I discovered that not one, not two but three of my favourite authors have new books out or coming out in the next week. Yippee! They are:

They’re all out now bar the last one, which comes out on Monday. And there’s a new Christopher Brookmyre (Attack of the Unsinkable Rubber Ducks) due in August.

Mr Biffo’s book of chatroom silliness, Confessions of a Chatroom Freak, is very funny. I laughed so hard I ended up in America!

Admittedly I was on a plane to America at the time.

Not so funny: the tacked-on “blog entries” that were clearly the suggestion of the publisher. And the typography’s a bit crap. 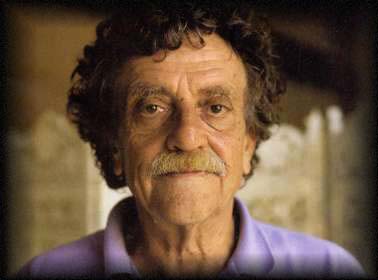 My quest for a decent digital SLR book took me to Borders at the weekend where, after a bit of swearing – “all these books are thirty quid and written in gibberish!” – I found something that (a) looked decent and (b) wasn’t thirty quid: The Digital Photography Book, by Scott Kelby. And it’s very good, provided you skip the chapter intros which try far too hard to be funny and which fail miserably.

Everything else, though, is excellent. As Scott explains:

If you and I were out on a shoot, and you asked me, ‘Hey, how do I get this flower to be in focus, but I want the background out of focus!’ I wouldn’t stand there and give you a lecture about aperture, exposure, and depth of field. In real life, I’d just say, ‘Get out your telephoto lens, set your f/stop to f/2.8, focus on the flower, and fire away.’ You d say, ‘OK,’ and you’d get the shot. That’s what this book is all about.

And that’s exactly what I need. If you want lots of theory, it isn’t the book for you. If you want an idiot’s guide that doesn’t talk to you as if you really are an idiot, it’s well worth £13-ish.

Are my photos any better? Nope – but at least now I know why. And I’m fighting the urge to buy a zoom lens and a tripod.

This is wonderful: Amazon user reviews of Orwell’s 1984.

“If you like reading about old people think they are beating the system by saving a PAPERWEIGHT, then by all means…”

“You might like this book if you are interested in predicting the future and you can read lots of difficult words and know what they mean.”

“This is the second time I’ve been forced to read this book for aclass, and I have to ask, “What’s the point?” Maybe if you live in a country that’s a monarchy, this book’s worth reading, but this is *America*, ok? The whole reason we live in a democracy is so that we the people don’t have to worry about things like this.”

* One of the greatest internet cliches ever.