The book isn’t ready yet but I thought Ronnie Brown’s cover design was too good to keep under wraps. More soon. 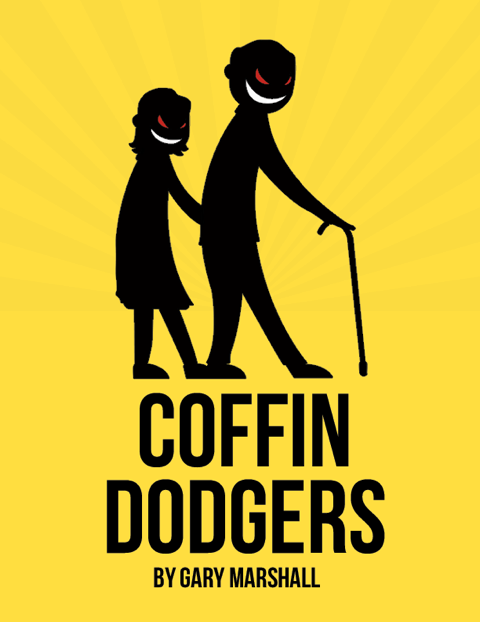 9 replies on “Coming to a Kindle near you very soon”

Woah! Ace cover and I /love/ the title.

I don’t have a Kindle but I might be able to get it via the Kindle app on my iPhone. Will have a go when it comes out.

Heh, thanks. I’m lucky to know interesting and smart people – Ronnie for the cover, david/mupwangle for the title :)

Excellent! What made you change your mind on self-publishing?

Ready for a really long answer? Here we go :)

First and foremost, I think there’s a very narrow window of opportunity in book publishing just now. We’re seeing what we saw with MP3 music, a rush of early excitement with people actively seeking out new, independent artists and taking a punt on the odd download. I think that window will shut, and shut soon, for several reasons.

With ebooks, there’s nothing to stop an author typing THE END and uploading the whole thing to Amazon without even re-reading the first draft, let alone editing it. And if you wander around the cheaper titles in the ebook stores, it does look that many authors have done just that, pausing only to bash out a quick cover in Windows Paint.

I’m not suggesting that all, or even most, ebook authors are like that. I’m not: Coffin Dodgers went through eight drafts, a process that took nearly a year and a half, and I’ve spent far too much time scouring the digital version to look for formatting errors and typos. I’ll be mortified if anyone finds an enormous plot hole or some kind of howler. But there’s a lot of dross out there, and the more people who read stories about epublishing success stories, the more bad stuff will be dug out of drawers and digitised.

My belief is this: sooner or later that kind of stuff will clog the ebook stores, and the shops will either make it more difficult for self-publishers or people will simply stop looking at the independent stuff. So if I think Coffin Dodgers is good – and I do – then the time to publish it is sooner rather than later.

For me, the other reason to self publish is because I don’t think Coffin Dodgers deserves to lie in a corner of a hard disk. I really enjoyed writing it – even when I was rewriting bits for the eighth draft – and I’ve grown really fond of the characters and of the world I’ve created. I don’t think the book is for everyone, but I think some people will get as much of a kick out of reading it as I did writing it. Given the cost of getting it out there is effectively zero, why keep it hidden away?

I’ve been told that Coffin Dodgers isn’t the sort of book to write if you want to make lots of money: funny thrillers are a hard sell (how many funny-thriller writers can you name who aren’t living on tins of beans?). And I took that advice very seriously, spent a lot of time thinking about more commercial, heavyweight stories, and came up with a story idea that I know is a solid-gold belter. I’ve spent months researching it and plotting, and it’s the sort of thing that will have people offering me big sacks of cash.
It’s also making me miserable.

It’s a really powerful idea, the kind of thing that makes people’s blood go cold when you tell them about it, and I don’t doubt that I’m capable of doing it. The plot is twisty, the characters well-rounded, the central event heartbreaking. But it’s just no fun. At no point can it feature a rabid, stiletto-hurling crossdresser or inept terrorists who RPG the wrong house.

A sequel to Coffin Dodgers could, and probably will.

In November, I wrote this:
I think my time would be better spent writing something that will sell rather than doing a half-arsed marketing job that might generate a couple of hundred quid somewhere down the line. Self promotion, sadly, isn’t one of my talents.

I think I was wrong. Not about self-promotion – I suck at that, and probably will do a half-arsed marketing job – but about spending time on something that’s much more likely to sell. I’d much rather punt Coffin Dodgers and write more in that world, with the risk that I’ll sell five copies, than spend a year or two writing a sure-fire bestseller that makes me really unhappy. What’s the point of that if it’s no fun?

Although, y’know, it’d be nice to be Ian Rankin too.

Hilariously, all my talk of Coffin Dodgers means the Google ads I’m seeing here are for SAGA holidays now :)

Very interesting. I get the strong feeling that you are right. Stephen Leather has written about taking advantage of the plethora of new Kindles post-Christmas to offer the new readers some cheap books, and as a result is on the top of the charts with several of his ebooks. And it’s also interesting that Amanda Hocking has taken her ebook success and used it to get a traditional publishing deal. I’ve read a sample of one of her books, and while she has talent, it’s clear that she needs an editor.

I’m having to fight the temptation to simply upload my own book. I’m terrified that by the time I go down the route of trying to find a traditional publisher, the window that you speak of will have closed. Should have started earlier!

Your commercial novel idea sounds interesting though. Maybe you should do a collaboration where you let someone else actually write it. I’d love to do something like that.

> Maybe you should do a collaboration where you let someone else actually write it. I’d love to do something like that.

That’s how James Patterson does it. He writes 50-page outlines and then writers on work-for-hire deals do the actual work :)

> And it’s also interesting that Amanda Hocking has taken her ebook success and used it to get a traditional publishing deal.

Amanda is a very smart woman. Most books sold are still printed, and I think that’s another way that this is like music: the really big hits usually have major organisations behind them.

My friend Kyle sent me this, and there are some interesting points in it:
http://www.slideshare.net/somisguided/turning-conversations-into-sales-driving-ebook-sales-with-online-marketing

In particular, the idea that ebooks are different is a load of balls. The typical purchaser is “30-44, urban, female, employed” – just like with print. There are three big differences: price (much lower), ability to publish (much easier) and lifespan (much shorter). Most purchases happen in the first fortnight.

Given the choice between a publisher and self-publishing – assuming it’s a decent publisher, of course – I’d rather do things the old-fashioned way. But what I want to write about, for now at least, isn’t what publishers think they can sell. So my choice is simple: change what I write, or deal with it :)

I would really, really recommend How Publishing Really Works [http://howpublishingreallyworks.com/] if you’re not already subscribed to it.

Thanks, How Publishing Really Works is great!

There’s no doubt that traditional publishing has advantages over e-publishing. Hocking said that she was tired of doing all the self-promotion, and just wanted to write, which I suspect is how most writers would feel.

Anyway, it seems one of the most important things for doing well on the Kindle is a good cover, and you’ve certainly got that! The other thing is good reviews, and I’m sure all of your blog readers will oblige there (I certainly will).

James Patterson’s method is good if you know the resulting novel will make a fortune: paying £10k to some work-for-hire writer makes sense if you’re guaranteed to get hundreds of thousands back. But it’s probably too risky for you: better to share the risk by sharing the credit and the upside (like a true collaboration, not a work-for-hire where only JP’s name is on the cover).

Yeah, Jane’s great. One of the must-read blogs for authors, I think.

I think you’re right, Patterson’s method works very well for him but I’m not sure it’s easily reproducible (and I’m not sure that even if it was, that’d be a good thing). You could argue that if you’re working to such a long outline, you’re basically being paid as a typist rather than as a writer. I’m sure the fees reflect that.

Then again, is that any different from when a Z-list celeb gets a call from a publisher demanding a novel? At least Patterson plots the things out. I very much doubt celebrity novelists do.