When you’re trying to keep people at home over what’s likely to be a hot and sunny bank holiday weekend, it’s hard to imagine a worse headline than this. 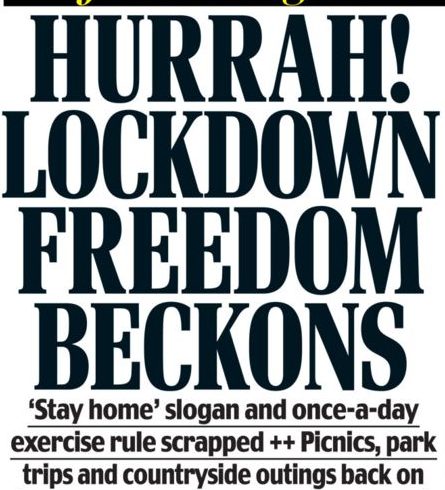 It’s from today’s Daily Mail (in England; the Scottish edition has Nicola Sturgeon saying the lockdown can’t be lifted yet). The Mail of all papers should be wary about headlines with “Hurrah” in them.

The Mail is one of several tabloid newspapers who are promising an end to lockdown starting Monday and publishing it on their front pages the day after the UK death toll became the highest in Europe. There are officially more than 30,000 people dead; the real number is believed to exceed 50,000. 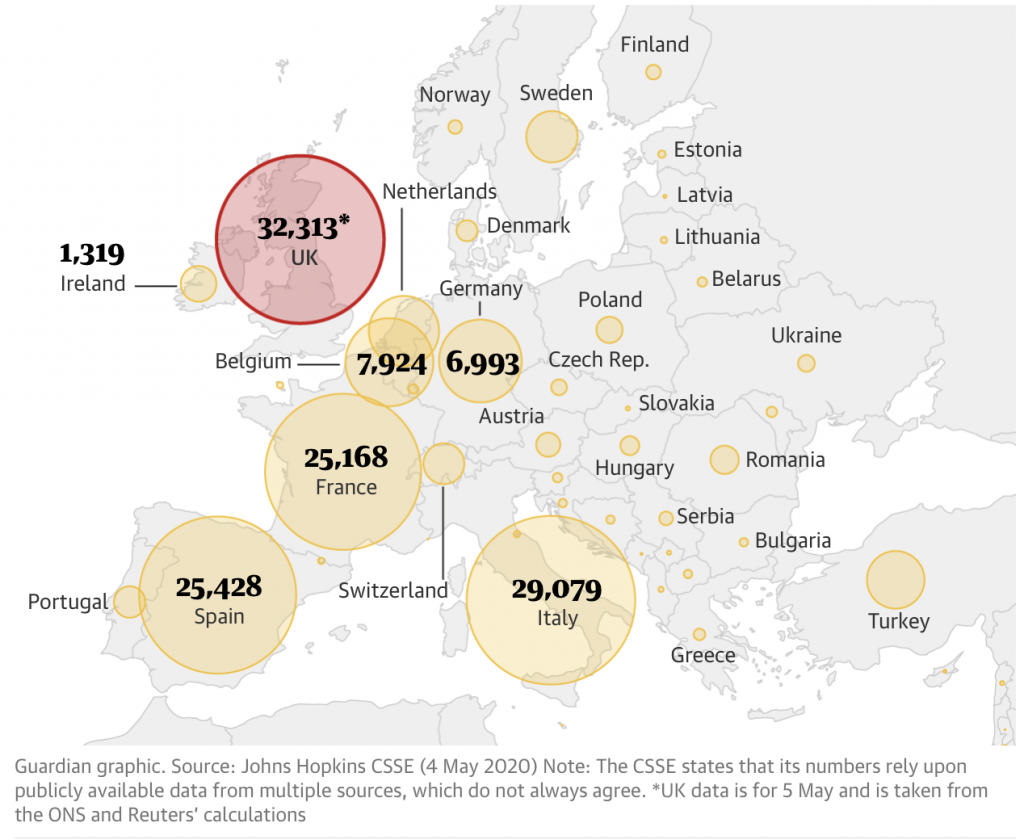 Let’s see what the papers have to hurrah about.

Has the UK reached its own testing target? Nope: the much-promised 100,000 tests per day hasn’t been achieved at all. The government attempted to pretend otherwise by counting 40,000 tests posted but not received; that worked for one day, but the daily number is back down to 80-something-thousand.

Do front-line NHS workers have adequate PPE? Nope. The much-lauded order of PPE from Turkey is being sent back today because it doesn’t meet NHS standards.

Do we have enough testers and trackers in place to know where the virus is and where to target resources? Nope.

Do we have a trace, track and isolate system in place? Nope.

The official stats are online. We are currently recording over 6,000 new cases a day.

All of these things together mean that the lockdown shouldn’t and won’t be lifted on Monday in England; we may see some very minor changes, such as stopping the cops from shouting at sunbathers, but it isn’t safe to change things yet.

That’s not what the papers are suggesting, though, and as a result we’re going to have a weekend of people flouting the lockdown because hey, it’s going to be lifted on Monday anyway.

Apparently the government are deeply concerned about this; what I thought was a deliberate leak to distract tabloids from the death toll is reportedly an unsanctioned leak that’s been blown out of all proportion to produce front pages like this: 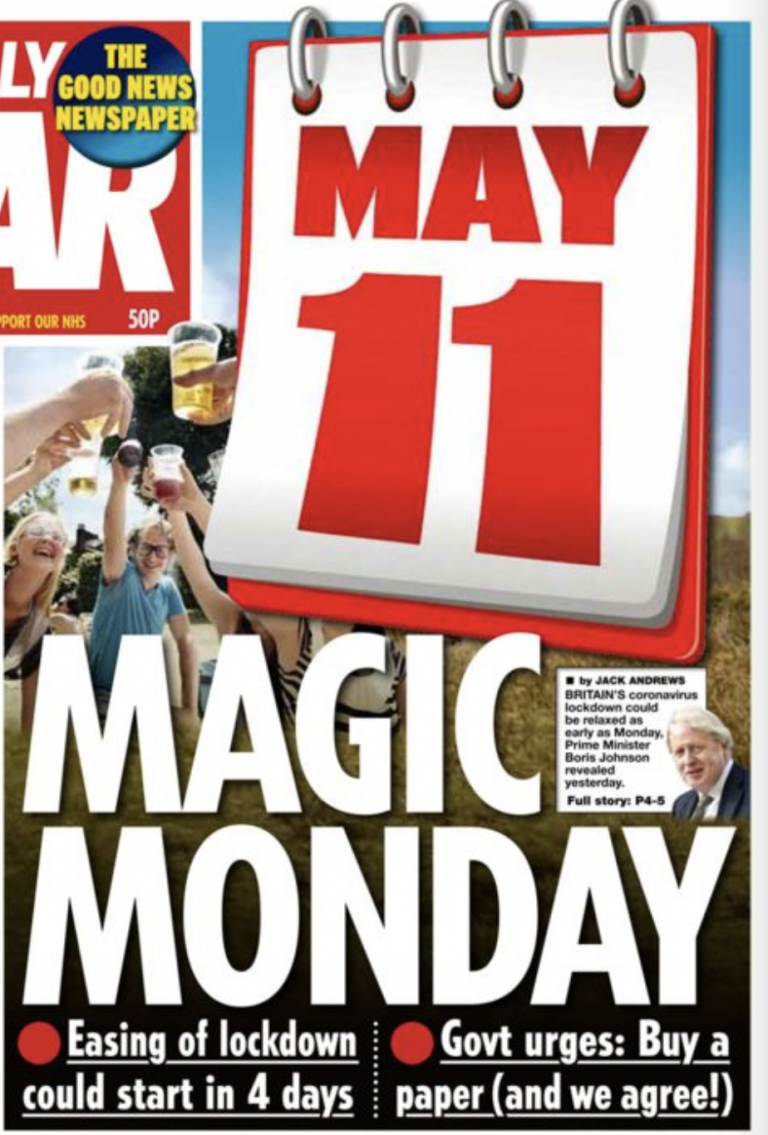 If it’s true that this isn’t what the government wanted, it’s clearly a case of reaping what you’ve been sowing: this is what happens when you don’t communicate clearly with a country, when you share policy and plans not with Parliament but with your pet newspapers, when your government cares more about PR than PPE.