I did my first ever literary event last night at the University of Glasgow as part of Publishing Scotland’s Creative Conversations series.

To say I was terrified would be an understatement. I barely slept in the days before, and during the day itself I managed to break two glasses and prang one of my neighbours’ cars because I was so preoccupied.

I posted about my fear to Twitter and got lots of reassuring replies, including one from Rebecca Lawther: “You got this! Book people are good people.”

She was right on both counts.

I had a blast and really enjoyed the readings from my fellow panelists Chitra Ramaswamy (an old friend from radio and a brilliant writer), Cynthia Rogerson (hilarious), Malachy Tallack (inspiring), Trishna Singh OBE (just gorgeous writing) and Mark Woolhouse OBE (fascinating). Despite being the only person on my panel without an OBE I think I did okay, and I loved chatting with other writers, publishing people and bookworms afterwards.

It’s a real honour to be invited to events like these, and I’m not just saying that because they fed us. I’m still not entirely comfortable – my impostor syndrome was through the roof – but book people are good people and they went out of their way to make me feel welcome and valued, for which I’m very grateful. 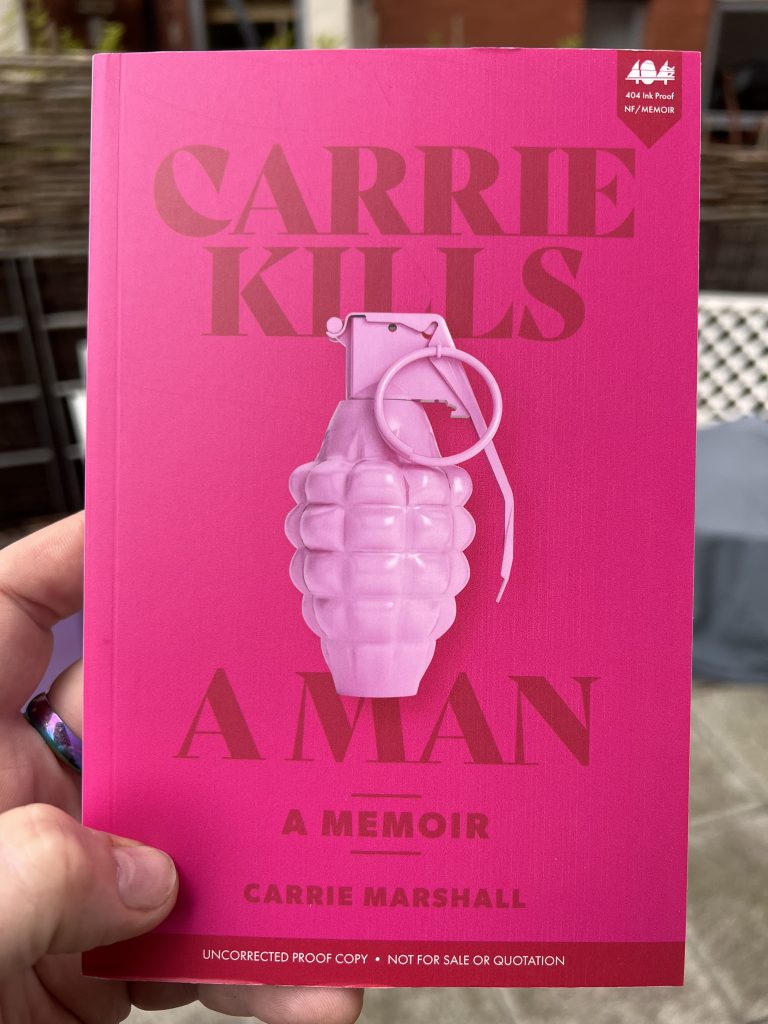 Just an admin note: I’ve reverted the blog to its previous template because the new one mangled some characters and did weird things with quoted text. It’s not quite right yet so please excuse the dust.

A typically incisive piece by Parker Molloy on the censorious clowns who claim that legitimate criticism of what they say and write is the same as the attempted murder of Salman Rushdie.

That is the problem people have with the “cancel culture” discourse. It’s selective, it flattens important distinctions between horrific acts (beheadings and physical attacks!) and free speech (dissent, boycotts, protests). The “cancel culture” brigade sure loves to claim that speech it doesn’t like (dissent, boycotts, protests) is a threat to speech, while sitting mostly silently on actual threats to free expression, like the Republican plan to use obscenity laws to make certain books on LGBTQ topics illegal to sell, the Republican-led purging of books from school and local libraries, and the Republican-led re-writing of textbook standards to remove “divisive” issues. Funny how none of that is “cancel culture,” and yet they think someone speaking out against J.K. Rowling’s factually incorrect rants about trans people (i.e. using their freedom of speech) represents a threat to the very concept of “free speech.” The reason is simple: one of these advances their own agenda, the other doesn’t.

I posted something on Twitter last night that I could post pretty much any time, any day, in response to someone doing something utterly vile: trans people have been trying to warn you about this person, this organisation or this publication for years. 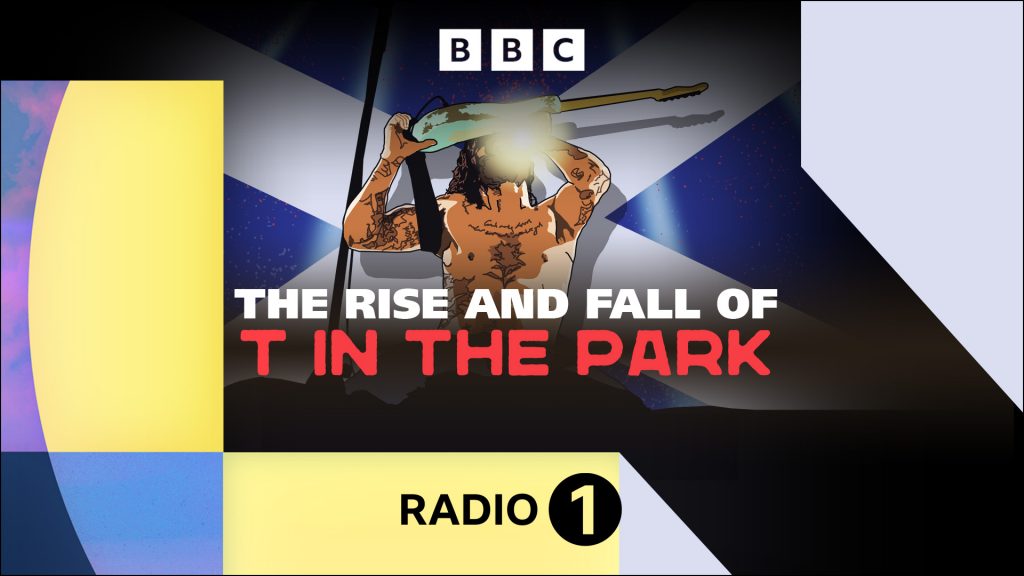 I was delighted to be a small part of BBC Scotland’s new podcast, The Rise and Fall of T in the Park. It’s about more than just the festival itself; it’s about the impact it had on the Scottish music scene and on Scotland as a destination for touring bands. I’m in there talking about TiTP being my very first festival, and what it was like for a small town band to play one of the tents after winning a place in the T Break competition.

The first four episodes are live now, and the remainder will go live on 18 July. I hope you enjoy it.

With crushing predictability, the faux-feminists in the UK press have decided that the real villain in the decades-long plot to overturn Roe vs Wade en route to establishing a Christian theocracy is… trans women.

The argument, if you can call it that, is simple: trans men wanted to be included in discussions of reproductive healthcare; that somehow erased women; because there is no such thing as a woman any more the US Supreme Court banned abortion. So it’s all trans women’s fault.

Better to concoct a ludicrous conspiracy theory than admit the truth: much of our media has spent years ignoring the Christian Right’s attacks on LGBT+ people and reproductive rights, preferring instead to publish a constant torrent of Christian Right anti-trans talking points and to platform Christian Right-funded anti-trans groups.

As the internet cliche goes: I can’t believe leopards are eating my face, says woman who voted for the Leopards Eating Your Face Party.

The simple fact is that the global anti-trans movement is part of the global anti-gender movement, whose target isn’t just trans people. It wants an end to same-sex marriage, to LGBT+ rights, to contraception, to abortion, to human rights for anybody who isn’t a socially conservative cisgender straight Christian.

You couldn’t ask for a better example of how this is all connected than the anti-abortion goons intimidating and filming people outside the Sandyford Clinic in Glasgow. They’re there to target women seeking abortions, but – happily for the goons – the Sandyford’s other services mean they get to intimidate people going for sexual health services, for rape counselling and for transgender health care. Over the weekend they moved to the City Centre to harangue people going to Pride, because of course they did. The war on women’s reproductive freedom and the war on LGBT+ people are the same war.

And this morning there was another example. On BBC Scotland, the discussion about whether we should have buffer zones around abortion clinics – zones that would separate the Sandyford clowns from vulnerable people – invited the ADF to contribute.

The ADF isn’t just the organisation responsible for funding many anti-abortion groups around the world or the organisation involved heavily in anti-abortion legislation in the US, including the Mississippi case that led to the Supreme Court overturning Roe vs Wade; it’s also the organisation that provides “experts” in anti-trans legal cases in the UK, and which promotes intolerance and hatred towards LGBT+ people globally. And part of its job is to launder that hatred, by providing nice-seeming, media trained people who will absolutely come on air to discuss their ‘reasonable concerns’.

Another US group that’s long tried to influence classic “culture war” cases in the UK is the anti-abortion “dark money”-funded legal army Alliance Defending Freedom (ADF). openDemocracy revealed in 2019 that its international wing had spent nearly half a million pounds on lobbying in the UK over just two years. The group does not disclose who its donors are, and has even gone to the US Supreme Court to defend donor secrecy.

ADF’s lawyers have previously said they are working to ensure ‘that bad European precedents don’t spread further in Europe, then across the sea to America’. It worked on the high-profile ‘gay cake’ cases in both the UK and US, defending Christian bakers using free speech arguments.

ADF has also publicly opposed protest-free “buffer zones” around abortion clinics and supported calls for “freedom of conscience” provisions to enable medical staff to object to providing legal abortion services. And it claims the UK government adopted its recommendations on free speech and academic freedom at universities.

Rather than platforming them, journalists should be investigating them.

There’s a really nice piece in National Geographic about historians documenting the lives of trans people, and in addition to being really interesting it’s a much-needed corrective to the oft-spoken belief that trans people were invented in 2015.

Thereâ€™s ample evidence of gender variance throughout human history. Among the earliest are accounts of galaand galli, priests assigned male at birth who crossed gender boundaries in their worship of a variety of goddesses in ancient Sumer, Akkadia, Greece, and Rome. Other cultures acknowledged a third gender, including two-spirit people within Indigenous communities and Hijra, nonbinary people who inhabit ritual roles in South Asia.

I’m sure I’ve written about this before, but our current gender binaries (and persecution of LGBT+ people) are primarily a western Christian invention. In addition to the cultures mentioned above there are multiple genders in the Torah and many Islamic cultures are accepting of trans people (more so than they are of gay and lesbian people, in some cases; there’s a belief that being trans is something you’re born with but that homosexuality is a sin). But the spread of the British Empire and the colonisation of the US by European settlers meant that that belief was imposed on many other cultures, often with extreme violence. The modern social conservatives and religious extremists trying to eliminate LGBT+ people from society are as ignorant of history as they are of biology.

I enjoyed this post by Max Rashbrooke on writer James Patterson and podcaster Joe Rogan, both of whom claim to be oppressed by woke activists.

These are perilous days indeed for a near-billionaire author who outsells Stephen King and Dan Brown combined, and for his fellow victim, the host of a podcast downloaded 200 million times a month. But jibes like this, though satisfying, only get us so far.

Rogan and Patterson are expressing a fear increasingly held by older males: that society no longer seeks their views. Indeed, they feel their opinions to be scorned and denigrated.

As the clichÃ© goes, when you’re accustomed to privilege, equality feels like oppression. But Rashbrooke makes a more nuanced point, which is that what these highly privileged and successful figures describe as “silencing” is not what’s being asked of them.

For the most part, though, what I hear is a request for something subtly different: humility. Itâ€™s not the speaking thatâ€™s the problem, itâ€™s the dominating: the need of so many men to hold forth at length, to speak over others, to assume theirs is the most interesting and most important voice.

As I wrote about Lizzo the other day, what is often described as cancel culture isn’t; it’s people asking high profile figures to try and be better people. But all too often the response of the person criticised, particularly if he’s a cisgender straight white man, is to throw his toys out of the pram. Heaven forfend anybody point out that he’s incorrect, or that the world is more complex than he understands it to be. As Rashbrooke puts it:

for a certain class of highly educated men, the speakerâ€™s authority is all â€“ or most â€“ of what they have. Strip that away, and they are left bare, exposed, even humiliated.

Humiliation is a horrible feeling. But the reaction to it by highly privileged people demonstrates that for them, it’s also a rare feeling â€“ whereas for the marginalised groups they complain about or in some cases even attack, it’s everyday reality.

This frightens them deeply because they, like us all, are social beings, reliant on the regard of others; not to be heard is almost not to exist. (A point, of course, that traditionally marginalised groups have often made.) 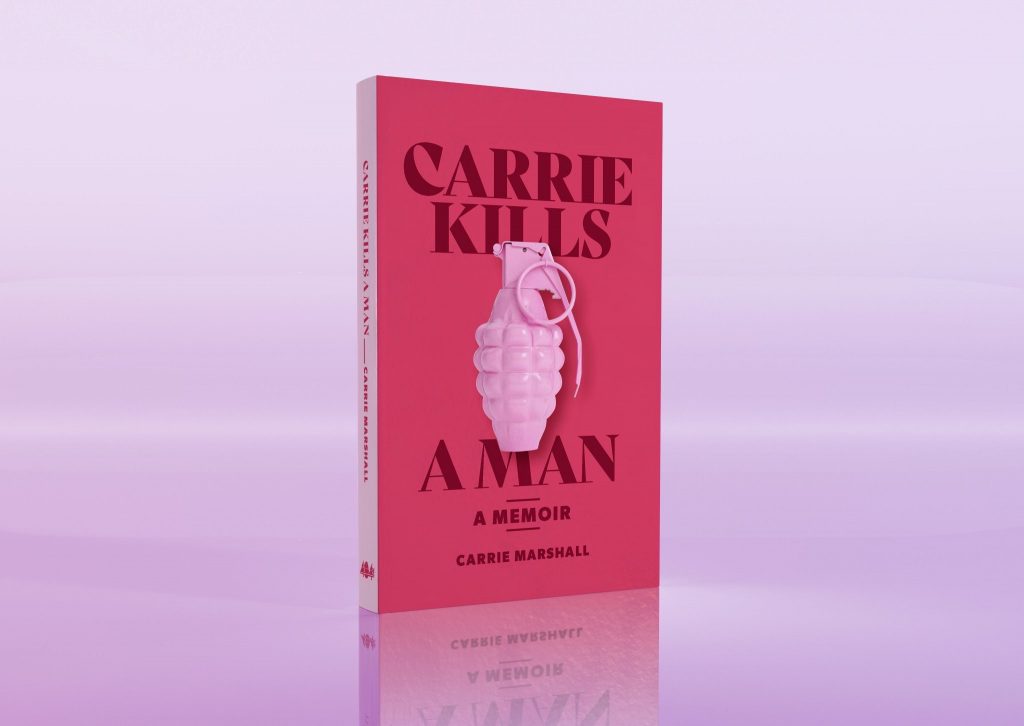 I’m delighted to reveal the cover for my book, Carrie Kills A Man, which you can pre-order directly from my lovely publisher here. The cover, by the hugely talented Wolf, is just perfect.

You have no idea how hard it’s been to keep this secret.