You can’t trust this story about the National Trust 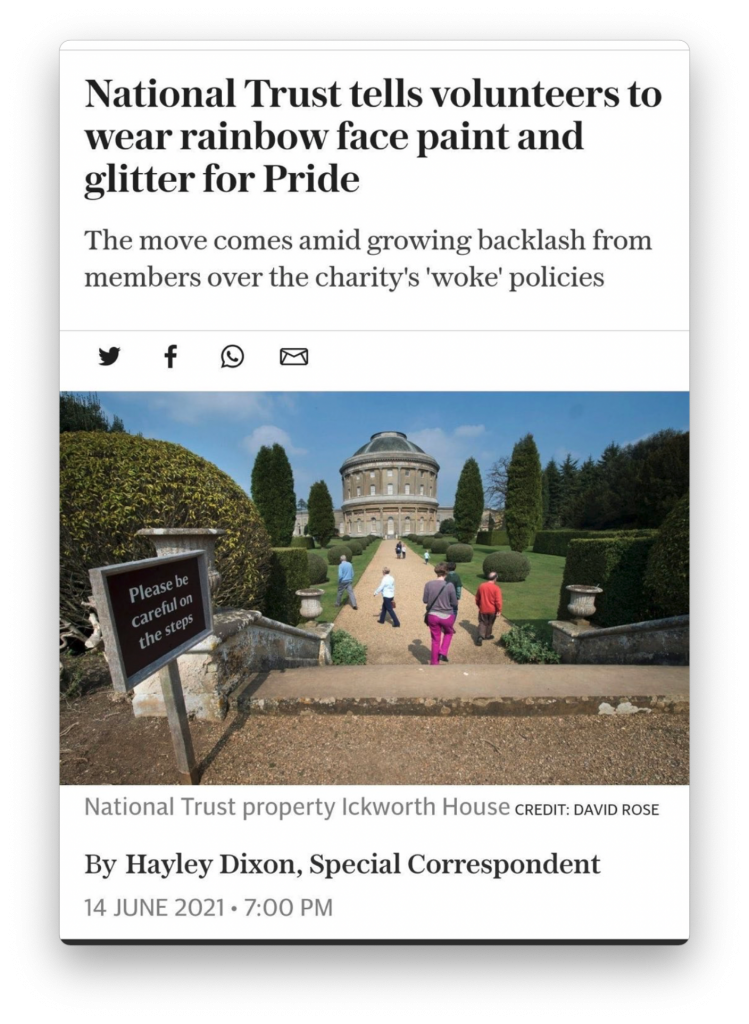 The National Trust did no such thing. It merely told its volunteers that if they wanted to wear face paint or glitter to mark Pride month, they wouldn’t get into trouble for doing it.

See also: Stonewall supposedly banning the word “mother” or any of the other anti-trans culture war stories infesting both right- and left-wing media.

This isn’t just disgraceful. It’s dangerous. This week in Hungary, the “anti-woke” government â€“ of which Spiked and other right-wing bullshit factories are very fond â€“ brought in some of the most repressive anti-LGBT+ legislation we’ve seen outside Russia to widespread public support from people who’ve been consistently lied to about “gender ideology” and “woke” policies.