You’ve got to feel sorry for ageing conservative men who believe, despite all evidence to the contrary, that while they have all the power in this country they are nevertheless an oppressed minority. The latest media outlet pandering to their victim narrative is the soon to be launched GB News, which has poached the loathsome Andrew Neil from the BBC to broadcast to people who feel “underserved and unheard by their media.”

Not people who are unheard; people who feel unheard. People whose only representation is in The Times, The Telegraph, The Daily Mail, The Express, The Spectator, The Sun, The Economist, Spiked, LBC, The Herald, The Scotsman, most of the BBC’s current affairs output, every bloody phone-in in the country, all the right-wing US news sites that dominate news sharing on Facebook and so on.

I think it’s safe to predict that the dominant skin colour on GB News will be white and that its representation of minorities will largely be Eton alumni talking about how these days, right, if you say you’re English, they’ll arrest you and put you in jail.

The New York Times famously promised “All The News That’s Fit To Print”. Perhaps GB News should adapt it: all the news that’s fit for pricks.

GB News is the latest attempt to bring more Fox News-style partisan bullshit to UK broadcasting, and in a sane world OFCOM would make that very difficult. But this isn’t a sane world and the UK government has told The Sunday Times that it’s going to make Paul Dacre the chair of OFCOM. That’s Dacre of Daily Mail fame. If you haven’t already read it, this foul-mouthed evisceration of him in the London Review of Books by Andrew O’Hagan is masterful.

As many people on Twitter have noted, putting Dacre at the top of OFCOM is like appointing Harold Shipman as chair of Help The Aged.

But there’s more. The government also apparently intends to appoint former Telegraph and Spectator editor Charles Moore as head of the BBC. Moore is another loathsome figure with right-wing views; he has claimed for a long time that the BBC is packed to the gills with leftie agitators and he was famously fined in 2010 for not paying his BBC licence fee. It’s hard to imagine a worse candidate for the job except perhaps Paul Dacre.

It’s possible that with these leaks the UK government is throwing two dead cats on the table to distract us from its woeful performance over COVID and the increasing evidence of corruption and incompetence on a truly epic scale; maybe the leak is to soften us up so when two slightly less appalling people are put in place we’ll feel we dodged a bullet. But it does seem to fit with the wider movement within the UK government to take us further to the right.

For example, just this week it announced new guidance for schools that prohibited the use of resources “produced by organisations that take extreme political stances on matters”. One such stance is a desire to overthrow capitalism, something a certain Jesus of Nazareth had a few opinions on.

The most chilling bit for me was in the section on knowing the importance of respecting others “even when they are very different… for example physically, in character, personality or background), or make different choices or have different preferences or beliefs”. That’s clearly intended to foster a climate of mutual respect for people of other religions and none, of people of different backgrounds, genders and sexual orientation, but the UK government has turned it into a Spectator editorial. 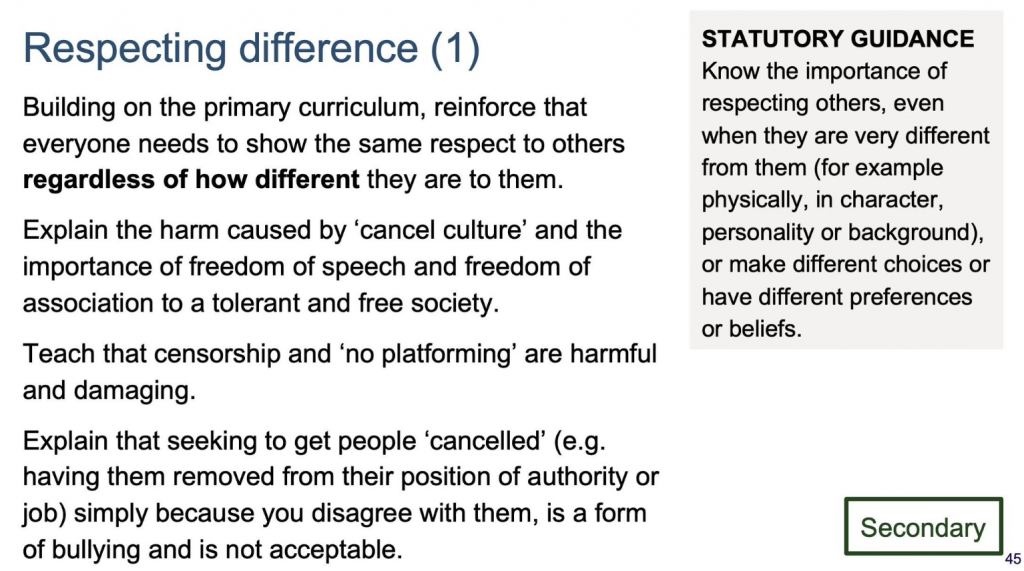 Our entire democracy is based on seeking to have people removed from their position of authority because we disagree with them. It’s called voting.

In that context, I’m disinclined to believe that Dacre and Moore are dead cats; I worry that instead, they’re dead certs.