Money keeps you safer than masks

Yet more evidence that we really aren’t in this together: the Office for National Statistics reports that the Covid-19 death rate in England is more than double in the most deprived areas compared to the least deprived. 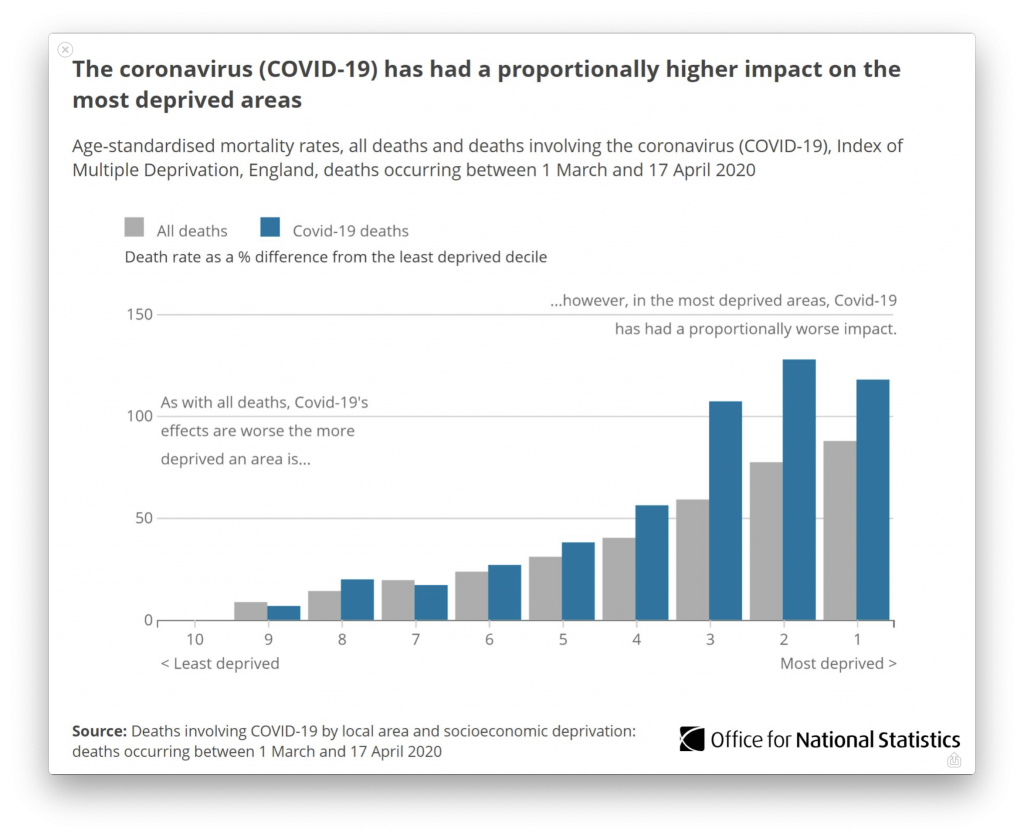 Health, Hell in a handcart