Glasgow is going to lose another historic building 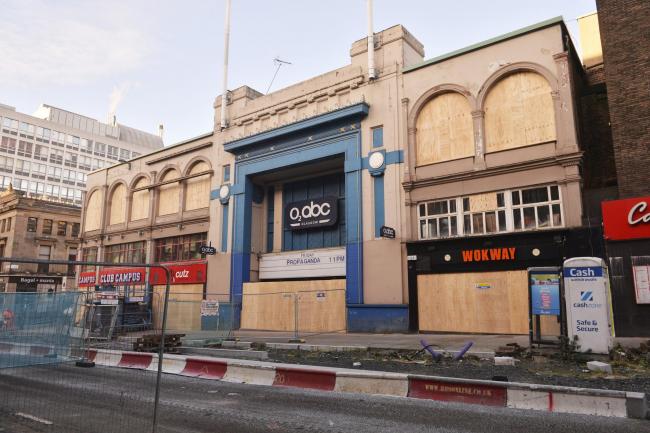 To paraphrase The Onion: I can’t believe this is happening in the only city where this regularly happens.

Glasgow is set to lose another iconic building, the ABC in Sauchiehall Street. The music venue â€“ one of my very favourite places â€“ was badly damaged by the second Art School fire and has effectively been left to rot since despite promises of its rebirth; it is now in danger of collapsing. That means the previous block on demolition is almost certain to be lifted.

That’s rather convenient for the developer, because the ABC was a major obstacle to plans to build yet more student flats.

The entire block in which the ABC sits is owned by a single developer, and the developer’s plans for a seven-story block of flats on this prime bit of real estate were rejected in 2017; the developer appealed to the Scottish Government and was turned down again. The flats would be “detrimental to the historic environment”, which included the Art School’s Macintosh building and the ABC.

That “historic environment” went on fire (for the second time) in June 2018. As the A Thousand Flowers blog reports, the developer promised to rebuild the ABC as “a world class music venue” but submitted no plans other than an application to completely demolish it.

The all too frequently toothless Historic Environment Scotland chipped in to say that, â€œIt is our view that the applicant has not made an adequate effort to retain and preserve this C-listed building (or any part of it), and has therefore not met the tests for demolitionâ€. Garnethill Community Council have said it would â€œdevastating and totally unacceptableâ€ to lose the building. Omnipresent heritage fan and MP Paul Sweeney pointed out in his objection that the building hosted Glasgowâ€™s first ever public film showing, in 1896.

Glasgow School of Art have also objected to the demolition, pointing out that there are currently no plans for the siteâ€™s redevelopment and that the ABC building, with temporary props, is under no imminent danger of collapse. Conveniently, their letter also reiterates that student flat plans for the neighbouring building have been rejected several times and that the ABCâ€™s facade is an effective and important part of the streetscape. We can, perhaps, read between the lines here.

One pretty sure-fire way to destroy a damaged building is to leave it open to the elements. That appears to be what’s happened to the ABC.

If the owners are granted permission to flatten the ABC, how long will it be before the student flat proposals for the neighbouring block emerge out of the ashes?

Bullshit, Hell in a handcart, Music