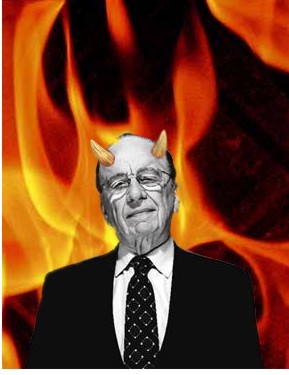 The New York Times has published a detailed investigation into Rupert Murdoch’s empire, arguing that “Murdoch and his children have topped governments on two continents and destabilised the most important democracy on Earth.”

It’s a long read but here are some key claims:

Fox News has long exerted a gravitational pull on the Republican Party in the United States, where it most recently amplified the nativist revolt that has fueled the rise of the far right and the election of President Trump.

Mr. Murdochâ€™s newspaper The Sun spent years demonizing the European Union to its readers in Britain, where it helped lead the Brexit campaign that persuaded a slim majority of voters in a 2016 referendum to endorse pulling out of the bloc. Political havoc has reigned in Britain ever since.

And in Australia, where his hold over the media is most extensive, Mr. Murdochâ€™s outlets pushed for the repeal of the countryâ€™s carbon tax and helped topple a series of prime ministers whose agenda he disliked, including Malcolm Turnbull last year.

While Australia burns, Murdoch’s media outlets continue to spread climate denial; across the world his columnists and talking heads have fuelled far-right, anti-islamic, anti-semitic and anti-LGBT+ hatred; and his networks have enthusiastically spread white nationalism.

Murdoch isn’t in the news business. He’s in the propaganda business.