Boobs from a burger? Now that’s a whopper 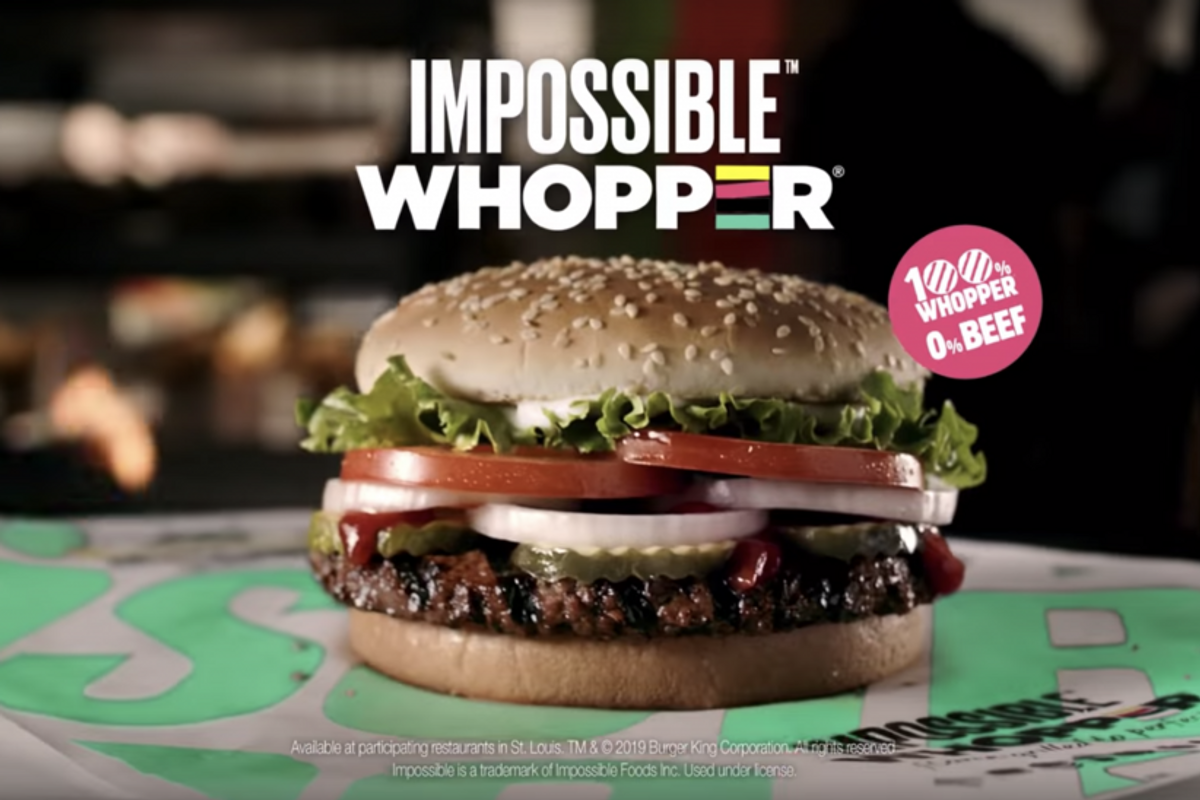 The picture above is of the Impossible Whopper, a meat-free burger from Burger King. Like many vegetable, seed and nut-based products, it contains phytoestrogens â€“ structures that are similar, but different to, the estrogen in people. The above claims, and many like them, are currently circulating on social media. Let’s not get pedantic about the ignorant phrase “a standard hormone replacement therapy shot to become transgender” and focus on the big claim here: this burger will make you female!

The article that kicked off this particular panic is from a site called National File, which claims:

the Impossible Burger is a genetically modified organism filled with calorie-dense oils that can make a man grow breasts if eaten in sufficient quantity.

Man boobs aren’t caused by plants, nuts, seeds or soy. The main cause of gynecomastia is obesity, particularly in older men. If you have a largely burger-based diet of any kind, meaty or meat-free, it’s very easy to pack on the pounds: a Whopper is around 660 calories (630 if meat-free). Add large fries (430 calories) and a large Coke (310 calories) and that’s more than half the daily recommended calorie intake for an averagely active and healthy man.

Even if the claim was true, which it isn’t, if you’re eating four fast food burgers a day it’s not cleavage you need to worry about. It’s a coronary.

National File’s article is based on a piece by a doctor, but the doctor isn’t a doctor of humans and his article isn’t in a medical or scientific publication. He’s a South Dakota vet, writing for a trade publication (Tri-State Livestock News) written for and funded by the meat industry â€“ an industry that isn’t too happy about Impossible Burgers and other meat-free products.

You can see why a meat industry magazine might want to try and discredit meat-free food. But why would a political site be so keen to run with the story too? The answer, inevitably, is that the site is connected to the lunatic fringe of the US far right, which is why this story is all across US right-wing media (and why it’s been republished here on the likes of the Daily Mail, which spent over 300 words repeating the claims before quietly admitting that there’s no evidence for any of them).

The story’s author hasÂ previously written for the far-right fantasy factory Breitbart and is a regular guest on the Alex Jones show. Yes, the same Alex Jones who famously claimed that the US government is using a magical, Pentagon-funded “gay bomb” to turn people gay:

“The reason thereâ€™s so many gay people now is because itâ€™s a chemical warfare operation, and I have the government documents where they said theyâ€™re going to encourage homosexuality with chemicals so that people donâ€™t have children”

That was in 2010. A few years later Jones claimed that the government was “putting chemicals in the water that turn the frigginâ€™ frogs gay… the majority of frogs in most areas of the United States are now gay.”

It’s easy to laugh at this, but gay frogs are part of a wider far-right theory called The Great Replacement: brown people and feminists and gay people and trans people are a conspiracy against Honest God-Fearing Straight White Folks to feminise the men (via the aforementioned chemicals in the water supply that turn the friggin’ frogs gay, plus soy milk and meat-free burgers and “gender ideology” and the “gay agenda”) and outbreed the women. The theory’s supporters include senior members of the Trump administration.

When you read it in that context, the Whopper Gives You Tits story isn’t so funny.