Interesting developments at the LGB Alliance, the newly launched anti-trans group.Â It’s managed to raise over Â£25,000 in largely anonymous donations in just 11 days of existence, largely due to support from right-wing media here and in the US.

The right-wing press and the US religious right like the Alliance because while it advances the same argument as the most hateful religious conservatives â€“ trans people’s rights are at odds with LGB people’s rights, even though the majority of trans people are themselves LGB; trans people aren’t really people and don’t deserve human rights; trans people are icky â€“ its figureheads are a black woman and a gay man. That means unlike straight white guys, they can’t be criticised because there have been no wicked, misinformed or bigoted black or gay people in the history of the world ever. 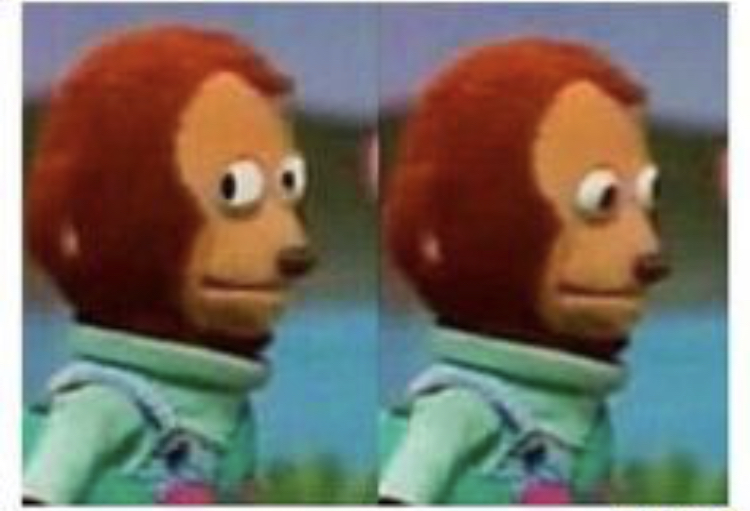 The right-wing support has no doubt helped the fundraising, as it’s helped other anti-trans fundraisers in the past. But it’s interesting to look at this particular one, because this is very specifically claiming to be an alliance of lesbian, gay and bisexual people in the UK.

So why are so many of the supporters straight people from North America?

Don’t get me wrong. It’s lovelyÂ to see so many straight people such keen allies of LGB people and putting their money where their mouths are.

But it’s also rather strange.

There are lots of fundraisers online for LGBT things. And almost all of them are struggling to meet their targets, whether that’s a few hundred quid for a poster campaign or a few grand to do up an LGBT+ community centre.

What all those fundraisers have in common is the distinct lack ofÂ straight Americans and Canadians offering solidarity and throwing their money at them.

But when a couple of people in the UK start a group designed to destabilise Stonewall, the trans-inclusive LGBT+ charity named after the Stonewall riots that were in part started by trans people, it’s a different story.

Why would straight people from the US and Canada be so passionate about destabilising the UK’s main LGBT+ charity?

If only there were some kind of explanation.

Anyway. Â£25K and counting.Â That’s a lot of money. Where’s it going? It isn’t a charity yet so it doesn’t need to tell you.

Here’s where it isn’t going. It isn’t going to help homeless LGB people, who â€“ including trans kids â€“ account for 24% of the UK’s under-25 homeless population. It isn’t going to lobby for proper funding of live-saving PReP medication for gay and bi men (and some trans women). It isn’t going anywhere near any cash-strapped LGBT organisations at all. It’s going on marketing, and on salaries, and on a launch event that will no doubt scaremonger about trans people.

It’s possible that the Â£25, 257 and counting is being donated by people who are also donating to other organisations – real ones that are registered charities. But it’s unlikely. Anti-trans crowdfunders consistently attract a very different funding pattern from other charity crowdfunders, and this appears to be no exception.

For two years now the crowdfunders of anti-trans organisations have all followed the same pattern: supposedly grassroots organisations raising five-figure sums within days of going online, with promotional support from the US Christian and conservative right on social media and sometimes in major publications too.

The LGB Alliance has now raised its funding target from the initial Â£25,000 to Â£50,000. How much of that money will go to provide practical assistance for LGB people rather than demonising trans women? The answer, I suspect, is none.

We know how this will play out. We know this because we saw endless “protect women!” crowdfunders raising five-figure sums incredibly quickly over the last few years. That money didn’t go to fight for Northern Irish women’s reproductive freedom or marriage rights. It didn’t go to fight FGM, or fund rape crisis charities, or help women’s refuges, or go to any vulnerable women or girls.

At least a quarter of a million pounds was raised by a handful of anti-trans groups, and much of it was spent on newspaper adverts that lied about the law, on packs urging schools to break the Equality Act and bully children, and on providing a good living for people whose previous careers had ended in failure. In one case it even bought a bigot some bedding.

Some crowdfunders didn’t even pretend to be about protecting women.Â One prominent anti-trans activist crowdfunded Â£2,000 for her own living expenses because being a bigot is so time-consuming; another, claiming to have lost their job for speaking out about trans people, raised a barely believable Â£64,000 for nothing in particular.

Others raised money for specific purposes and then changed their remit, so for example one activist raised a five-figure sumÂ to pay for legal representation in a case that didn’t then go to court. In one particularly egregious example, activists set up a crowdfunder as a thank you to a notorious anti-trans bigot; when the bigot declined to accept the money, much of it was spent on a new mattress for an anti-trans activist.

Not all of the people running crowdfunders are grifters. But as a rule of thumb, when the first thing someone does to “protect group X” is to ask for your money, it means they’re only interested in helping one very specific group of people.