A bad idea from history

In the Telegraph, David Thomas wrote this:

Thomas’s argument is simple. “If drivers, pensioners, students and disabled citizens have cards that establish their bona fides”, why shouldn’t trans people?

There are two answers to that.

One, drivers, pensioners, students and disabled people don’t have to produce ID so they can go for a piss in safety or get on with their lives without being beaten up.

Having this for trans people “voluntarily” is against the law, absolutely unenforceable, breaches human rights grossly and is a very dangerous direction to go down.

And two, because they have been tried before. 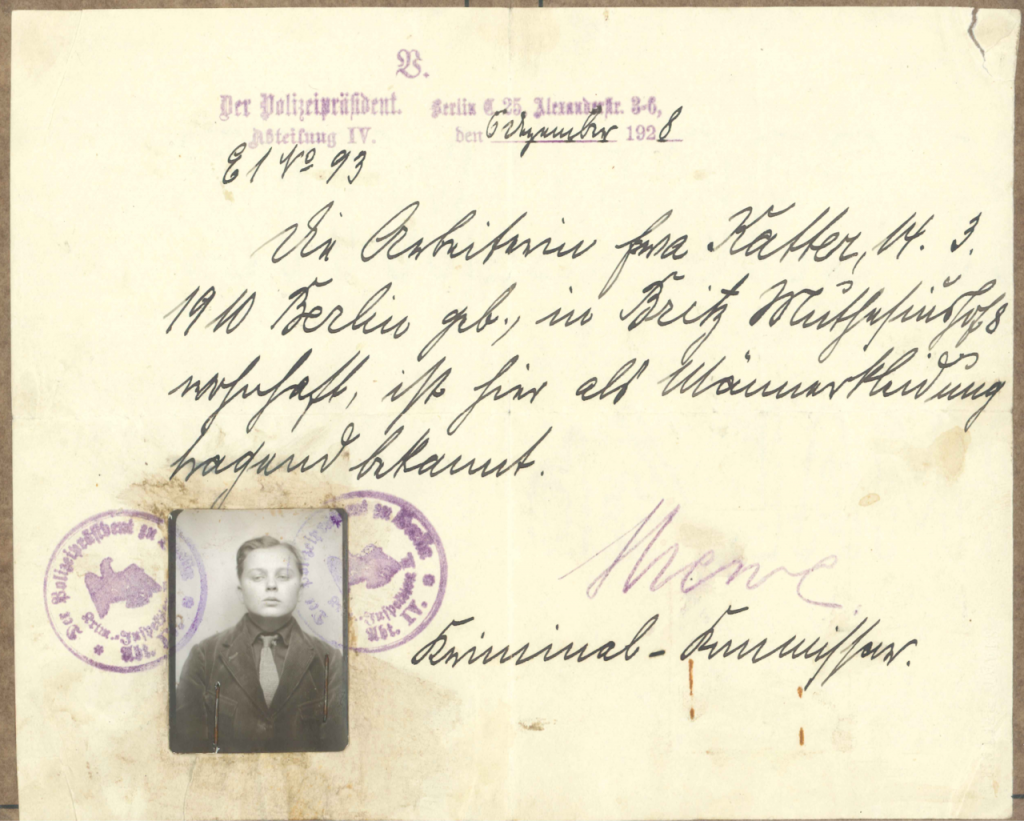 These passes were “transvestite passes”, which were granted by German police until 1933 based on diagnostic interviews by sexologist Magnus Hirschfeld at the Institute for Sexual Research. The holders were allowed to wear the opposite gender’s clothing in public without fear of arrest.

They weren’t granted after 1933 because on the 6 of May that yearÂ Nazi students and soldiers stormed the Institute, destroyed equipment and materials (the most famous photo of book-burning Nazis is of those people destroying Hirschfeld’s work), and seized the records of people who’d been interviewed by Hirschfeld. Those people were then specifically targeted by the Nazis and sent to concentration camps where they were ostracised by other prisoners, abused, experimented on and killed.

If Thomas isn’t aware of this terrible history, he should educate himself. And if he is aware but chose to ignore it, he should be ashamed of himself.

Bullshit, Hell in a handcart, LGBTQ+