Do you believe us yet? 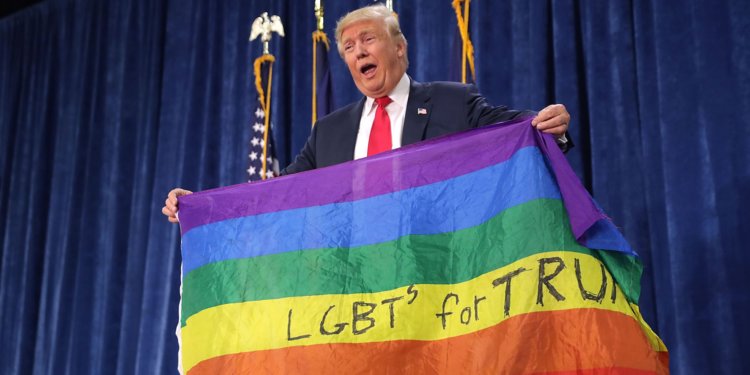 This is where it leads. The “reasonable concerns”. The “just asking questions”. The denial of science. The platforming of extremists who seem like such nice people. The endless articles telling you trans people are dangerous.

Under the discrimination administration’s latest plans, healthcare can be denied to trans people.

Insurers can refuse to pay for treatment.

Paramedics can refuse to save our lives.

Doctors can refuse to treat our children.

Pharmacists can refuse to dispense hormones (something that’s already happening; in one case the pharmacist held onto the prescription so the trans person couldn’t get it filled anywhere else).

It’s not just us, of course. The rest of the LGBT umbrella is being targeted too, as are women who’ve had abortions.

We’re just the headline. People who aren’t trans read it, think “nothing to do with me” and move to the next article.

This is how human rights are lost.

This is how people die.

I’m not exaggerating. I’ve blogged before about Tyra Hunter, left to drown in her own blood because emergency workers discovered she was trans.

I remember when I lived in Michigan and a trans woman that I knew had to call 911, because a serious wound she had (from an unrelated medical condition) started hemorrhaging overnight.

One of the EMTs went upstairs to her room, and when that EMT realized she was transgender, was visibly disgusted and left the room. Her mom overheard the EMT mocking her as he spoke to the other EMT, referring to her as an “it.”

But the worst part of it was that, when it was decided that she needed to go to the hospital, they made her walk down the stairs herself without helping her. She was hemorrhaging blood from a leg wound. They stood impatiently and just watched her struggle.

…A trans man named Robert Eads died of ovarian cancer after TWENTY SEPARATE DOCTORS refused to treat him. Lambda Legal reported that one of the doctors said the cancer diagnosis should make Eads â€œdeal with the fact that he is not a real man.â€

I need you to understand that when we say that these protections are a matter of life and death, we mean that LITERALLY. Transgender people have already died in utterly preventable and tragic ways because medical “professionals” turned their backs on us when we needed help.

The scale of this is truly frightening.

The administration wants homeless shelters to refuse entry to trans people. It plans a religious exemption law that enables adoption agencies to discriminate against LGBT families. It has banned trans people from the military. It puts trans refugees in solitary confinement. It has given government agencies and private businesses the right to discriminate against LGBT people provided it’s on religious grounds. Prison policy has been rewritten to place trans prisoners among people of their assigned birth gender, so trans women go to men’s prisons with predictable consequences.

It is slowly but surely removing every single bit of legal protection for LGBT people.

This is not about politics. This is about fundamental human rights. I want you to imagine getting into a serious car accident, and as you are literally dying before someone’s eyes, they are MOCKING you when you thought they had come to help you.

I want you to imagine getting a cancer diagnosis, and going to doctor after doctor, TWENTY TIMES, to no avail. Imagine one callously remarking that maybe the cancer would teach you a lesson. Imagine the time is ticking, and no matter how much you plead, no one will help.

I want you to imagine the humiliation of hemorrhaging blood, and being made to crawl down a staircase, while two ambulance workers that you called for help refer to you as “it” and look at you with disgust.

Transequality.org has detailed the assault on LGBT rights and trans rights in particular since Trump took power.Â It’s a very long list.

Not all of the proposed regulations will get onto the statute books. For example, the administration’s attempts to remove workplace protections for trans people will probably run afoul of other laws, case law, other regulations and various Executive Orders. But the sheer volume of it is shocking. Make no mistake: the administration has declared war on LGBT people and on women.

I can’t imagine what it must be like to be trans in America right now, but I’m very scared that I’m going to feel something very similar here in a few years from now. The same rhetoric, the same “debates”, the same evangelicals and the same deep pockets are fuelling the same anti-trans sentiment here.

The man behind the latest outrage, Roger Severino, is a former staffer and a firm friend of the evangelical Heritage Foundation.

As our politics lurches ever rightwards, I’m genuinely frightened.

Tthis isn’t about politics. This is about hate. This is about deliberate, cold cruelty, the deliberate othering of a whole group of human beings, a government effectively telling its populace that that group of people are not human.

…This is not politics. This is social extermination.

Health, Hell in a handcart, LGBTQ+