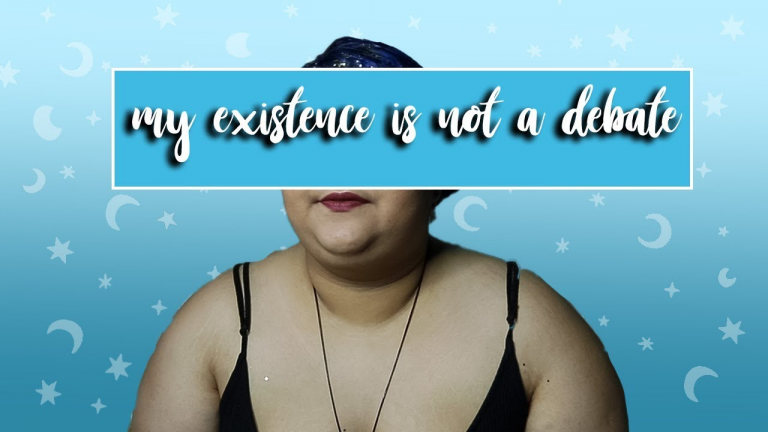 Yesterday I linked to a piece about women of colour being overwhelmed with requests to educate people. Not all of those requests are made in good faith, and even the ones that are can be exhausting.

This morning. Afua Hirsch writes about her experience on Sky News. Hirsch was asked to explain why an image was racist.

here was an instantly recognisable trope, familiar to generations of black people, shared on the birth of a baby whose family includes an African American grandmother, by someone paid by the BBC. That there was widespread condemnation of its racist nature – including from the man who posted it – is one of many reasons I was exasperated at having to debate it.

Hirsch’s appearance went viral when she decided she’d had enough of this particular game.

I realised, on air, that I had had enough – not just of having to deal with the content of an idea that compares people like me to another species, but of then being expected to persuade people why that’s bad.

Because this emotional labour is not distributed equally, broadcasters – by placing one black person in a hostile space and then requiring them to explain the injustice of racism – become complicit in that injustice.

The idea that everything is a debate, and that terrible bigotries can be defeated by it, is a bad idea.

There’s a term for this sort of bad-faith argument: it’s called the justification-suppression model. The theory is that bigots refrain from directly defending their own bigotry but get hugely riled up justifying the abstract right to express bigotry. So instead of saying, for example, “I don’t like foreigners,” they’ll fight hard for someone else’s right to get up on stage and yell that foreigners are coming to convert your children and seduce your household pets.

You can’t defeat bad faith with good words, because the other side isn’t debating. They’re performing.

Remember the U.S. presidential debates of 2016? Remember how the entire liberal establishment thought Hillary Clinton had won, mainly because she made actual points, rather than shambling around the stage shouting about Muslims? What’s the one line from those debates that everyone remembers now? It’s “Nasty Woman.” What’s the visual? It’s Trump literally skulking around Hillary, dominating her with his body. It’s theatre. And right now the bad actors are winning.

Libertarians like to talk about “the marketplace of ideas”, but as Penny rightly points out, marketplaces are full of conmen and counterfeiters and criminals. “As always,” she says, “when the whole thing comes crashing down, it’s ordinary marks who lose everything.”

Public debate — at least the way I was taught to do it at my posh school — is not about the free exchange of ideas at all. You only listen to the other guy so you can work out how to beat him, and ideally, humiliate him.

…trying to bring someone over to your side by publicly demonstrating that their ideas are bad and that they should feel bad is like trying to teach a goat how to dance: the goat will not learn to dance, and you will make him angry.

Debate doesn’t stop bigots or fascists. We’ve been exposing far-right ideologies to sunlight for several years now, and the far right is stronger than ever. Since the UK began debating hard-right Brexiteers, racist incidents and discrimination have soared.

Since the US religious right began an aggressive campaign demanding  we debate women’s reproductive freedom, legislation has been passed to remove that freedom altogether. The goal is to have similar legislation nationwide.

The “debates” over whether it’s okay to compare people of colour to monkeys, whether parents are right to stop their kids being taught about the existence of LGBT people, whether women should have bodily autonomy, whether trans people should have basic human rights… these aren’t debates. The debates were settled a long time ago.

What we have now is bad-faith theatre. The cruel, the career contrarians and the clueless punch down using “free speech” and “reasonable concerns” to disguise what they’re doing, dog whistling to their supporters and demonising their targets. Off-camera they and their supporters let the mask slip. On-camera they stay strictly on message and on brand. Debating these people is merely handing them a megaphone.

Fascists weren’t defeated by debate in the 20th century; they were defeated by bullets. People of colour didn’t get civil rights by asking nicely. The road to equal rights for LGBT rights began with riots.

When you argue that fascists should be defeated through debate, what you’re actually suggesting is that vulnerable minorities should have to endlessly argue for their right to exist and that at no point should the debate be considered over and won.