The march of idiocy

I wrote about the horrors of unvaccinated children the other day. This is a great example of the problem. 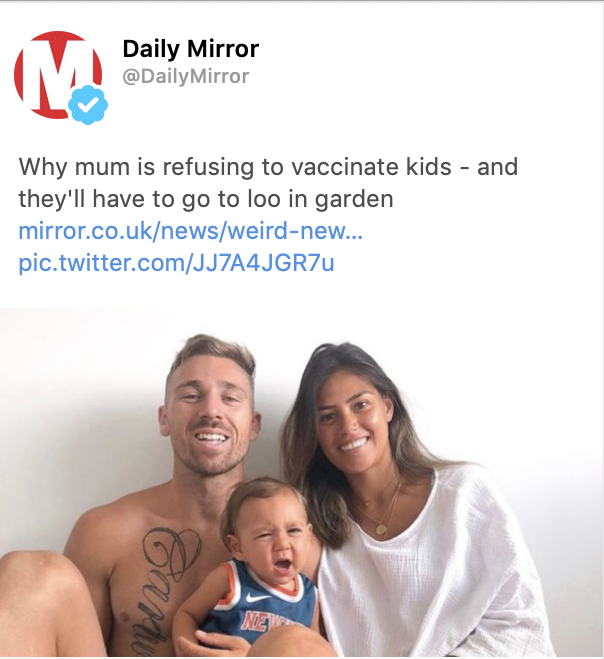 The article is about Shanelle Cartwright, the wife of an Australian rugby player. Over 400-odd words it regurgitates nonsense she posted on social media, describing her refusal Â to vaccinate her kids as a “controversial decision”.

It’s not a controversial decision. It’s a dangerous decision that could threaten the lives of other people’s children.

This happens constantly in media, in all kinds of subjects: someone refusing to accept settled science is portrayed as part of a debate where both sides have equal value. But they don’t. The Earth is not flat. We landed on the moon. The Holocaust happened. Climate change is real. Barack Obama wasn’t born in Kenya. Vaccination saves lives.

I briefly subscribed to a Reddit section about stupid people on Facebook. I had to unsubscribe again because the sheer, grinding, unrelenting idiocy of it was making me fear for humanity. It’s just wall to wall insanity: nurses claiming that the sun can’t damage your skin, people telling cancer patients to forget chemo and cut down on sugar instead, people sharing graphics showing that vaccinations include a range of lethal chemicals including dihydroxen monoxide.

I wish I was making this up.

It’s really very simple: idiots shouldn’t be given a platform to spout idiocy unless you make it really, really clear that they have no idea what they’re talking about. We generally don’t give column inches or air time to people who believe that the world is flat, because it isn’t. But with vaccination, climate change and other hot-button topics, we repeatedly give idiots a megaphone. And every time we do, we legitimise their bullshit and the world gets a little more stupid.

Health, Hell in a handcart