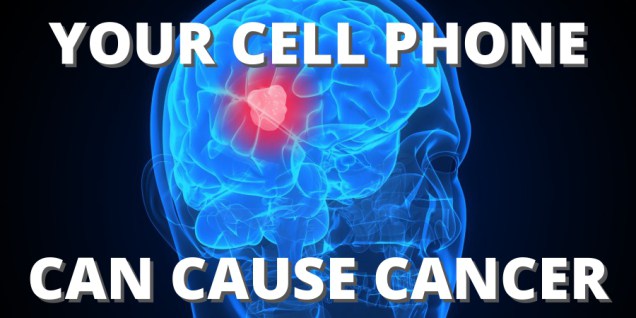 When it comes to conspiracy theories, there are two kinds of theorists: the batshit insane, and the people who genuinely believe they’ve stumbled on a conspiracy.

There was a good example of what I assume is the latter last week in The Observer, which published an astonishing piece about the link between mobile phones and cancer. It turns out that mobile phones really do cause cancer, and there’s a global conspiracy to cover it up.

No they don’t, and no there isn’t.

This is something I know a fair bit about, because I’ve covered the subject a lot over the last two decades. Whether it’s phones or wireless networks, every now and then someone comes along and misunderstands the science to conclude that our brains are being cooked and there’s a conspiracy to cover it up.

Part of the problem is the word “radiation”. We assume that all radiation is ionising radiation, the kind that gives you skin cancer. But radiation also includes the radio waves that bring you Radio Scotland and the light waves coming from your light bulbs.

The Observer has run a follow-up piece this week, this time by somebody who knows the science. It gives the authors of the previous article a very polite but very thorough kicking.

That the authors attribute this lack of evidence for their claims to the machinations of a nebulous big telecoms is indicative of a mindset more conspiratorial than sceptical… Scaremongering narratives may be more alluring than the less sensational, scientific findings, but they are not harmless. We need only look at any vaccine panic to see the cost in human life when superstition outpaces science. In an age where misinformation can perpetuate rapidly, it can be difficult to parse fact from fiction, but it’s imperative that we hone our scientific scepticism rather than succumb to baseless panics – our very wellbeing depends on it.

If you’re a journalist considering writing an “ordinary thing causes cancer!” piece it’s worth applying Occam’s Razor, which suggests that the simplest explanation is the most likely. Which is more likely: a) there’s a global conspiracy that’s willingly sacrificing thousands or even millions of lives and which has operated for decades without leaving any evidence whatsoever, or b) you’ve got it wrong?