And you wonder why we’re cranky

This is from Sky News. 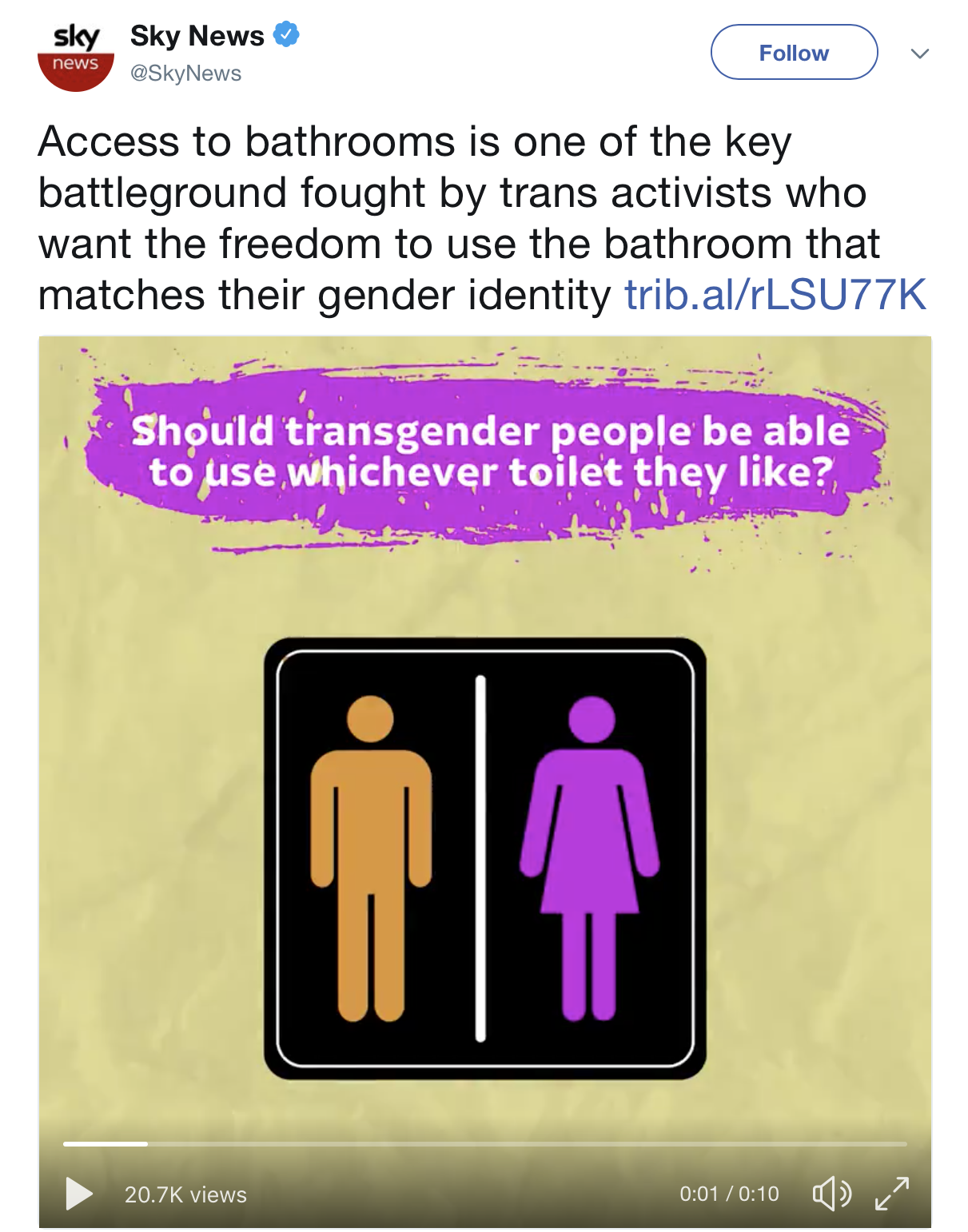 It’d be funny if it weren’t serious. Trans activists aren’t campaigning for this, because IT’S THE LAW.

The relevant law is the Equality Act 2010, which formalised something that’s been common practice for decades.

What’s actually happening is that bigots are telling blatant lies about the law and trans people, and mainstream media outlets such as Sky News are parroting those lies.

The word “bathroom” is telling here, because it’s the US word for toilet. So-called “bathroom bills” are a deliberate tactic by US evangelical right-wingers to try and divide the LGBT community by painting trans women as predators. They used to say the same things about gay men and lesbian women.

News Corp is owned by Rupert Murdoch. Murdoch has suggested boycotting Guinness for its support of LGBT groups, accused Hillary Clinton of fascism when she spoke against anti-LGBT discrimination, andÂ supported an openly homophobic US presidential candidate who believes gay marriage is a “marxist plot”.

I wonder if these things could be connected.