And journalists wonder why everybody hates them

On the 8th of March, the Scottish Sunday Express ran a contemptible piece of shit by Paula Murray about the survivors of the Dunblane massacre. There’s a PDF link here. For some mysterious reason, the paper has wiped the online version.

As Chicken Yoghurt puts it:

If only the doctors and counsellors who treated the wounds and mental scars of those children all those years ago had had the foresight to say: â€˜Now, children, you most now go forth and live the lives of angels, not only in tribute to your dead schoolmates who no doubt would have wanted you to live puritanical lives, but also to avoid the predations of journalists barely worthy of the name who, as soon as you turn 18, will ransack your private lives in search of cheap, revolting scoops.â€™ All this could have been avoided.

Tim Ireland may have discovered a teeny-weeny little bit of hypocrisy. On her Facebook page, she boasts about getting wasted.

In her attack on Dunblane survivors, Paula Murray castigated and demonised survivors of that tragedy who “boasted about alcoholic binges”, which is EXACTLY what she’s doing here.

Obviously, this is just cherry-picked text, and making a judgement based on these statements alone would be a wrong.

So to back them up, here’s a series of photos of Paula getting pished with her mates

Still, the Press Complaints Commission is on the case.

The editor of the Daily Express, Peter Hill, left the board of the PCC last year following front page and high court apologies from Express Newspapers titles the Daily Express, Daily Star, Sunday Express and Daily Star Sunday over a string of false stories about the disappearance of four-year-old Madeline McCann, which resulted in payments of Â£550,000 in damages to the McCann family.

Whatâ€™s Â wrong with this picture? Clue: she isn’t dead yet: 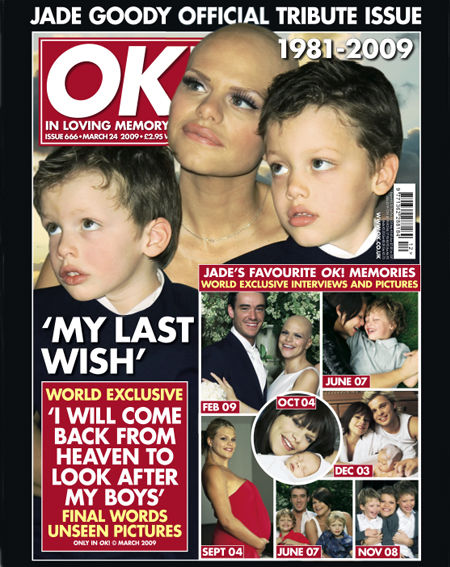 I wonder, what company owns OK?

Do they publish anything else? Yep, the Express and Sunday Express. According to the corporate website:

Northern & Shell is determined to maintain all its products and activities as benchmarks of excellence to its readers, customers, advertisers and business partners.