Here’s a photo from the GRR Bill debate in the Scottish Parliament yesterday. 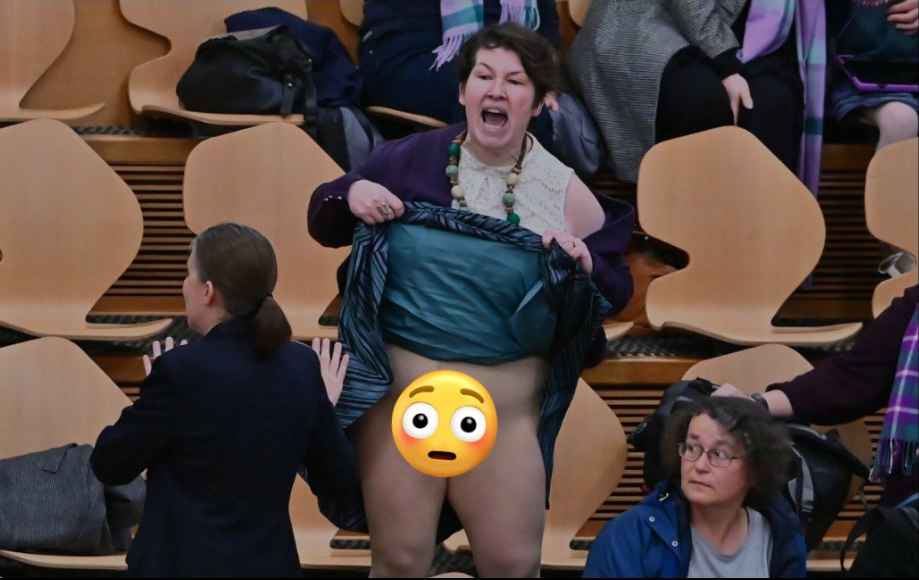 The response on Mumsnet, aka Prosecco Stormfront, was swift. “They can’t help themselves,” one poster wrote. “…it’s typical male pattern aggressive sexualised behaviour”.

Others agreed, until they realised that the protester isn’t a trans woman; she’s an anti-trans woman, Elaine Miller of For Women Scotland. Miller decided that she’d flash her (fake) pubic hair in front of an audience including schoolchildren. If it weren’t for the fake pubes, that would have been an arrestable sexual offence.

You’d think that effectively committing a sex crime in the Scottish Parliament – it wasn’t initially obvious that Miller was wearing a wig over tights and initial reports claimed she was flashing her genitals – would be newsworthy, and I have no doubt that had Miller been a trans or non-binary person she would be all over the front pages and leading the broadcasts today. The fact that she isn’t speaks volumes.