Jonny Depp lost his libel case against The Sun this week: a judge ruled that when the paper called him a “wife beater”, it was stating a fact.

It’s worth reminding ourselves of the actual article that sparked the lawsuit: 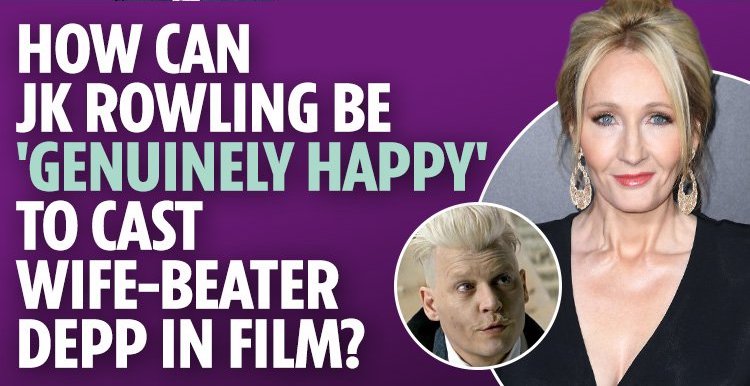 The Sun article was based on a blog post by the author in which she said that she was “genuinely happy” to have the actor cast in the film of one of her books; she was aware of the allegations of domestic violence â€“ and the ‘legitimate questions’ of fans â€“ but felt that, as The Guardian put it:

the circumstances of Deppâ€™s divorce from actor Amber Heard last year were private and should be respected.

Rowling was, and presumably remains, a friend of the actor: she bought his luxury yacht after holidaying on it.

The reaction to Rowling’s defence of Depp by victims of domestic violence often assumed that she hadn’t experienced it, because if she had she would not give the actor the benefit of the doubt. But we know now that Rowling has been a victim of domestic abuse,Â which â€“ as is so often the case â€“ was perpetrated by her male partner.

The author didn’t use that experience to condemn Depp, however. She used it as partial justification for her anti-trans stance,Â even though trans women are overwhelmingly victims of domestic violence, not perpetrators of it.