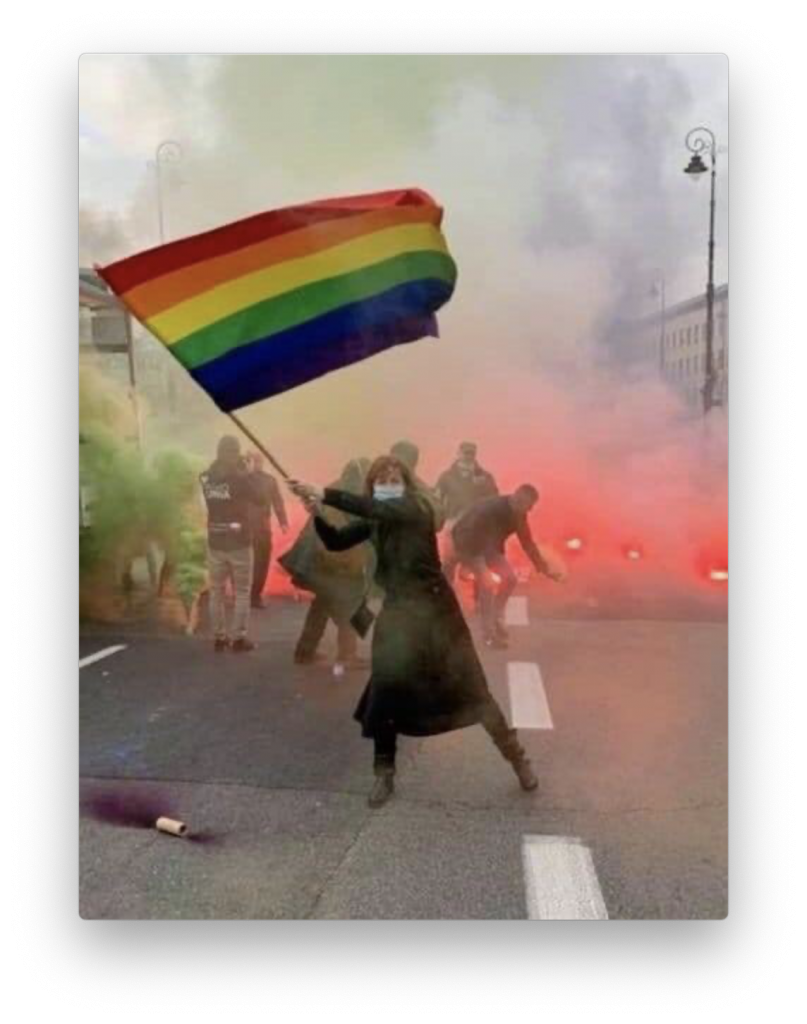 This powerful photo is from Poland, where women and LGBT+ people are protesting truly awful anti-abortion legislation. The government was elected partly because of its anti-LGBT+, “family values” stance; as is always the case, “family values” also means restricting women’s rights in order to keep them barefoot and pregnant.

I want every young woman to know there’s a place for you in America if you are pro-life, if you embrace your religion, and you follow traditional family structure. That you can go anywhere, young lady.

As in Poland, the family values here are of the barefoot and pregnant variety.

Most far-right politicians take a traditional view of gender that sees women first and foremost as mothers, discouraging them from working outside of the household. The idea that women are â€œvirgin-mothersâ€ points to a kind of benevolent sexism where women are vulnerableÂ and dependent upon (and deserving of) protection from strong men. Such politicians view gender ideology as a threat to the fundamentally different and â€œnaturalâ€ roles that men and women play in society.

Women’s reproductive and sexual freedom, gay/bi/pan women and trans women are at odds with that worldview.

the global far right converges on one thing: they all denounce contemporary feminism and â€œgender ideologyâ€, and see women, first and foremost, as the â€œwomb of the nationâ€. Consequently, far-right men believe it is their right (and even duty) to control and police their women. After all, as the Hungarian Speaker of Parliament recently said, â€œindividualsâ€™ decisions on having children are public matters.â€