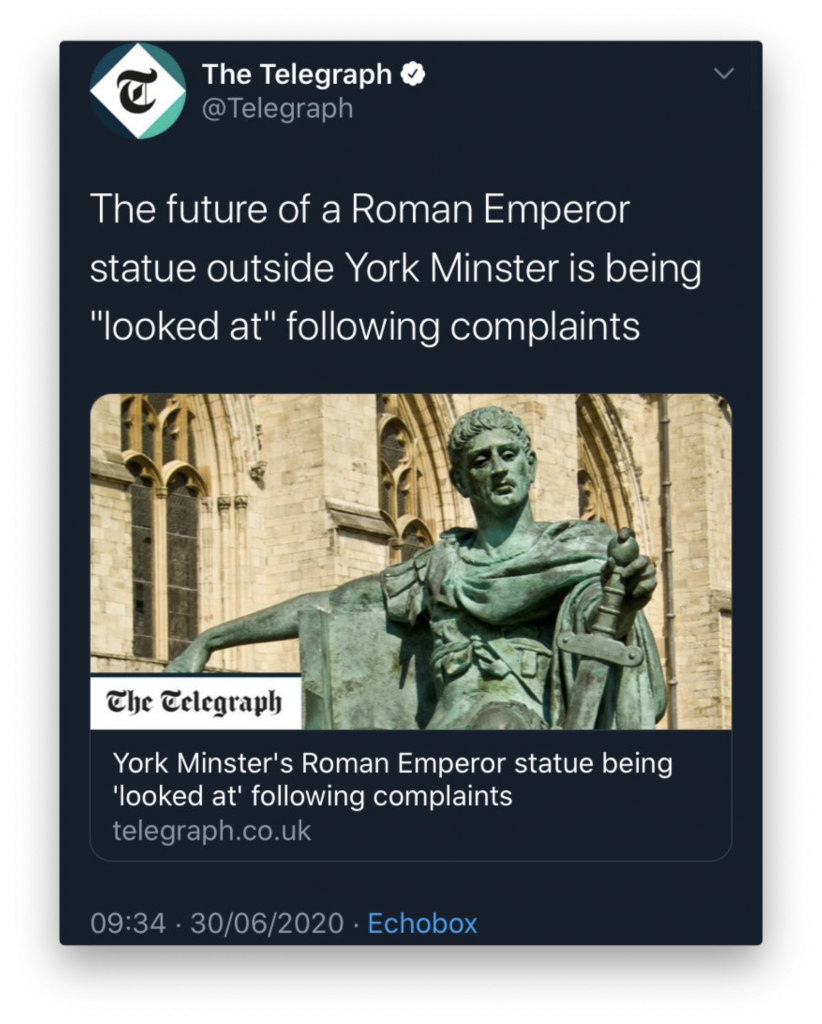 We have not received any formal complaints and at present the statue is not under threat from removal.

When challenged on Twitter by the story’s author, Gabriella Swerling (“If you haven’t received any complaints about the statue, perhaps refrain from telling journalists that you have”), York Minster replied:

We clearly stated over the phone that we have received no complaints (directly via tags here, emails, letter or phone calls etc) and that [we] were not reviewing the statue’s status. This has been quoted correctly in other media outlets.