Many people have rightly celebrated the life and mourned the death of John Lewis, the US civil rights leader and staunch LGBT ally. Lewis was one of the original Freedom Riders, civil rights activists who refused to accept racial segregation and who engaged in very public protest.

The Freedom Riders were very brave and very important. And they were also very unpopular. As the Washington Post shows: 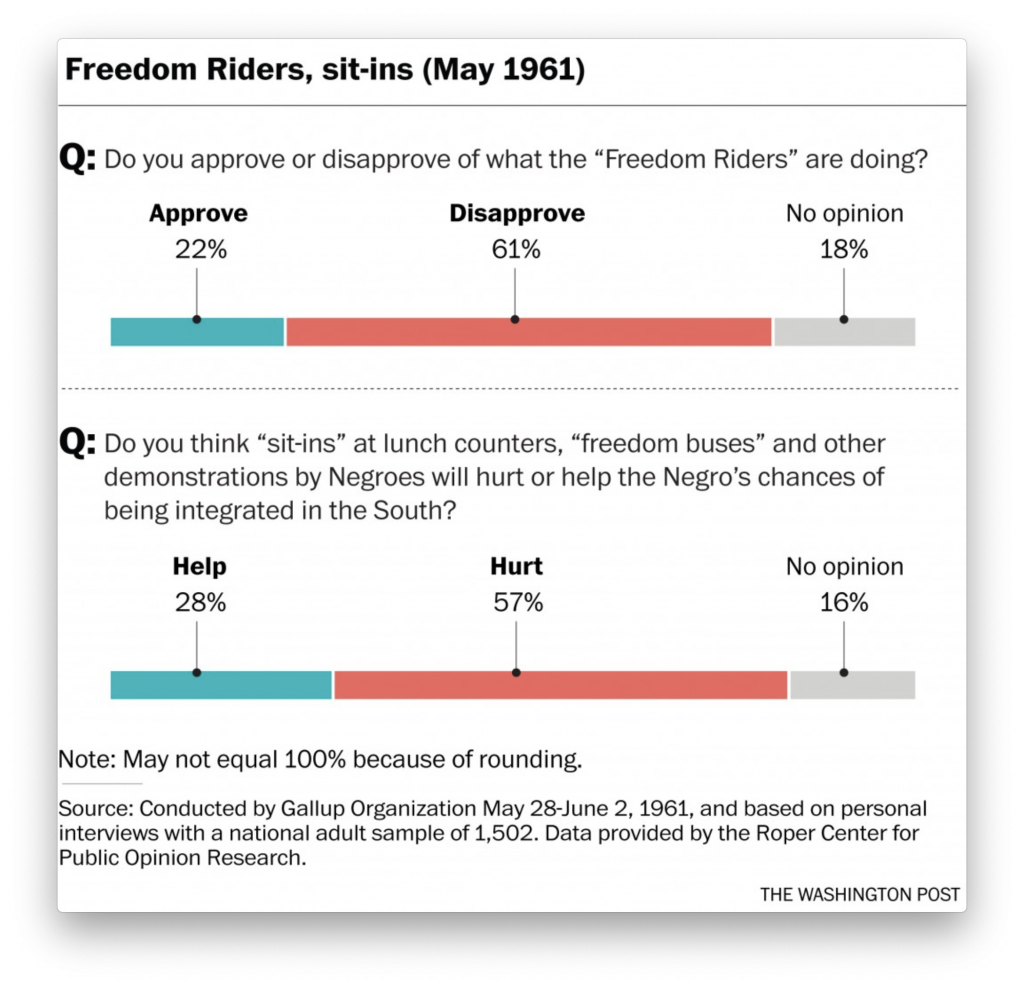 This shouldn’t be surprising: before his death, nearly two-thirds of Americans disapproved of Martin Luther King too. The civil rights leaders we later lionise are demonised, victimised and sometimes even brutalised for telling the majority what they don’t want to hear.

When it comes to human rights, what is right is rarely what is popular.