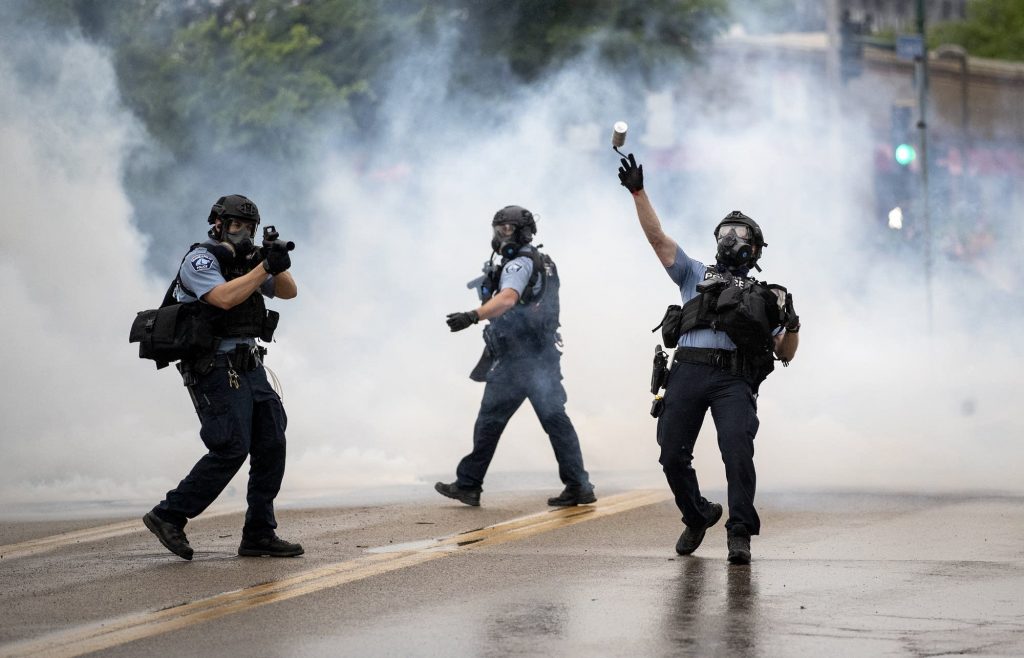 Like everyone, I’ve been watching the US police brutality with horror. US racism is hardly new, but this â€“ these vicious attacks on peaceful protestors, and the deliberate targeting of press photographers and cameramen and women â€“ feels like the culmination of so many recent trends: the deliberate infiltration of the police by white supremacists, the militarisation of police forces, the mainstreaming of far-right views and the characterisation of the media as the enemy.

I’ve also seen a lot of British people posting on social media that they’re glad they live here because it isn’t a racist country. You’ll never guess what colour those people are.

The UK may not seem to be racist if you’re white, but of course it is and it has been for aÂ very long time. It’s just not as visible as it is in the US. But this is the country of Grenfell and Windrush, of the hostile environment and Go Home vans, of Nigel Farage and racist newspapers and a Prime Minister who’s long traded in racist stereotypes. It’s a country where 1/3 of the deaths in police custody are Black or members of other ethnic minorities, where more BAME people than white people die from COVID-19 and where the report into those deaths is suppressed for fear it may “stoke racial tensions”. And of course, this is the country of Empire, an empire many of us choose to see through rose-tinted spectacles. We certainly don’t teach our children the murderous reality.

Some people would say that that’s England, not Scotland, as if Scotland is somehow better. The attitude was expressed perfectly over the weekend on social media, where I saw some apparently educated Scots claiming that Scotland’s participation in the slave trade was forced on it by the English. But it wasn’t. We were enthusiastic participants, and many Scots built their fortune on Black people’s blood. Many Glasgow streets are named after the slave trade crops, and many of Glasgow’s mansions were built with slave trade money.

You can’t learn lessons from history if you refuse to learn history in the first place. And you can’t make a better nation if you don’t understand where your nation needs to be better.

Scotland is not special and we are certainly not immune from racism.Â The author and playwright James Kelman wrote about this thirty years ago in his piece, Attack On These People Not Racist, Says British State. It’s about Britain as a whole but describes racist violence in Scotland and racist coverage by the Scottish press.

we all know that racist abuse and violation, including murder, are the experience of the various non-European communities from John Oâ€™Groats to Landâ€™s End.

…The general public rarely gets to know about everyday racism except where it occurs in front of their nose.

Last year, more than 80 artists, academics, lawyers and activists signed an open letter warning that attitudes towards race and racism in Scotland are rolling backwards:

Solutions cannot be reached without discussing how racism operates as a social and institutional structure, fuelled by protections and advantages people perceived as white have received over time and in the present day.