David Paisley took a look at the Twitter feed for the LGB Alliance on the international day against homophobia, biphobia and transphobia (#IDAHOBIT); you’d expect a group that says it’s standing up for lesbian, gay and bisexual people to have something to say about ignorance and bigotry. 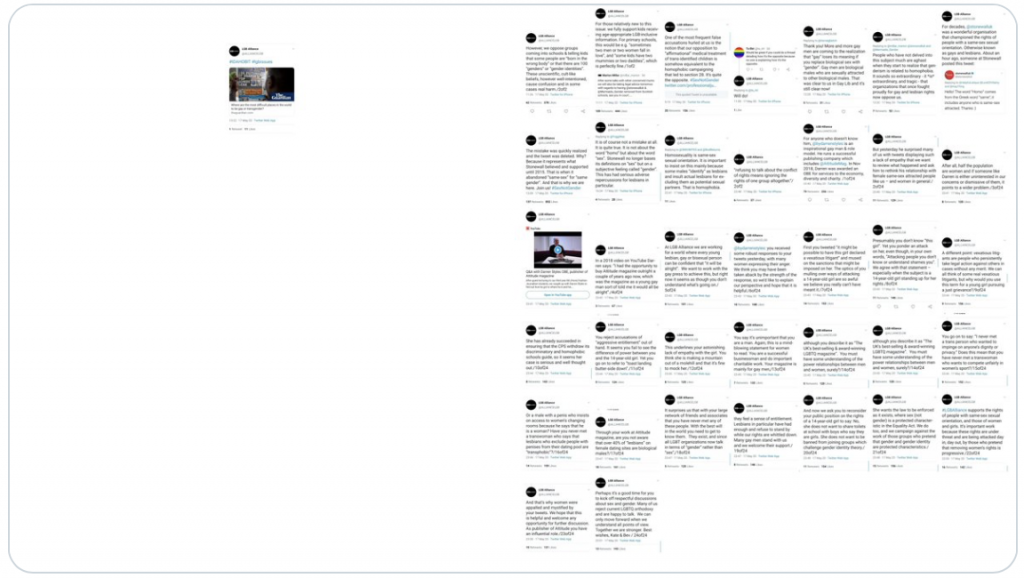 As Paisley points out, the single post to mark #IDAHOBIT was “just a hashtag and a link to an article two years out of date.”

Let’s look at the response of their followers.

The organisation went on to attack the Council of Europe for publishing guidance designed to protect LGBT+ people from discrimination and to attack Amnesty International for saying trans rights are human rights.

The majority of their posts are about trans exclusion, not “LGB” supportive issues… despite the abusive language of their followers they are careful not to be abusive themselves.

Sometimes, though, the mask of respectability slips. The other week, the group and its followers went after SNP MP John Nicolson with often blatantly homophobic abuse; when presented with evidence of it, two crowdfunding websites ejected the LGB Alliance from their platforms.

That was an expensive mistake that they’ll no doubt try not to repeat, but I suspect the mask will slip again soon enough: after all, this is an organisation whose co-founder suggested that gay teachers are predators.