The Duke and Duchess of Cambridge have appeared in a video about mental health during the coronavirus crisis. “We’re in this together,” they say.

I’ve deliberately chosen an extreme example of the sentiment, but it’s everywhere in mainstream and social media right now. Coronavirus is the great leveller, we’re told. We’re in this together.

It isn’t, and we aren’t. Your experience of the crisis and your ability to survive it depend to a great extent on how privileged you already are.

You might not be spending lockdown in Anmer Hall, the Cambridges’ ten-bedroom holiday home (pictured below). But you’re probably in a better place than many. 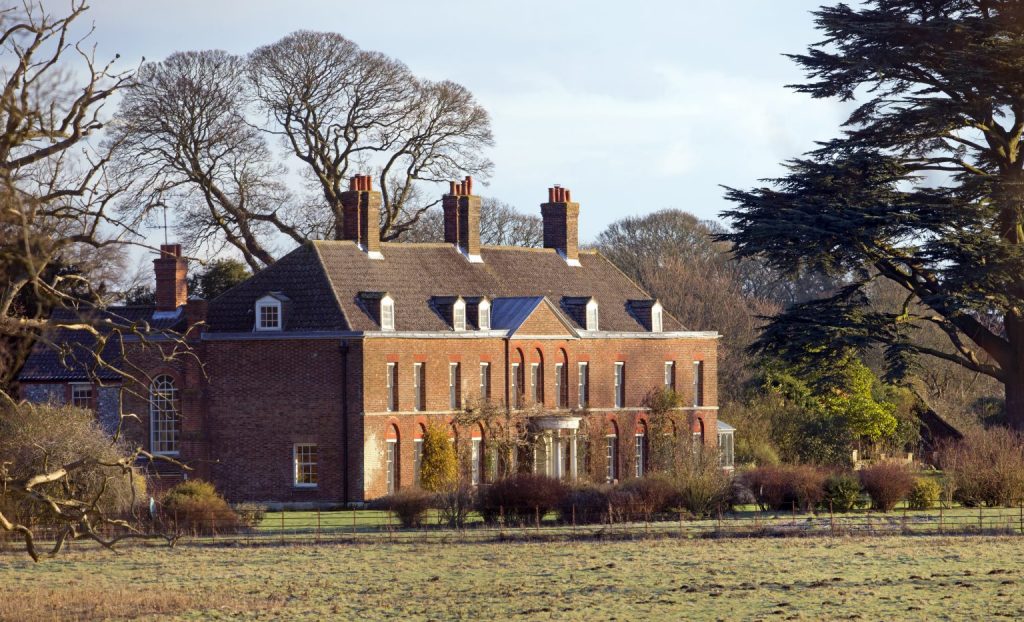 Let’s say you’re a homeowner with a job you can do from home and a nice big garden. Your experience of this crisis will be vastly different than if you were stuck in a cramped flat, or if you still had to take the tube to work every day, or if you were in an institution or a care home.

Even something as simple as where you live matters. Afua Hirsch in The Guardian:

How do you self-isolate when you live in cramped or shared accommodation? How do you reduce shopping trips to once a week when you have little or no storage space? And if you do want to go to the park or do an extra shop, you now risk not only infection, but coming into contact with the police, some of whom are zealously taking advantage of their new social control powers.

Ethnic minority people are becoming victims of this frightening illness at an alarming rate. A study of more than 2,000 patients critically ill with the virus in England, Wales and Northern Ireland has found that 35% are black, Asian or other ethnic minority. This is more than double the representation in the wider population.

…To see the scary reality of racial inequality taken to extreme proportions during this pandemic, look to the United States. The tragic consequences have reached all parts of the nation. In Michigan, 15% of the population but 40% of the deaths are black. Chicago has a 30% African American population, and a 70% African American death rate. The picture from Louisiana is very similar: a 32% black population, with a 70% death rate.

This isn’t about biology: white people don’t have special DNA that protects them from COVID-19. It’s about inequality.

Rebecca Solnit, also in The Guardian:

…health disparities due to racism increased the chances of becoming severely ill or dying. From New Orleans to Chicago, black people were at disproportionate risk of death. Higher levels of diabetes and hypertension can be linked to the stress of racism; asthma and respiratory problems are tied to the polluted air of many urban and industrial areas; and lack of long-term access to good medical care and food sources (due to poverty and discrimination) play their part.