If this is the fast track, I’d hate to be on the slow one

The BBC has discovered that many trans people are stuck on waiting lists for so long they have to buy their own medicine from overseas.

The report, while accurate and worthwhile, also serves to demonstrate that the BBC clearly doesn’t have any trans people or experts on trans healthcare anywhere near the newsrooms it so happily fills with anti-trans activists. This is not a new story, and it’s definitely not a new problem. Long lists forcing people to self-medicate have been a huge problem in the trans community for very many years, and the ongoing trans healthcare crisis is a much bigger concern to us than any reform to our paperwork. 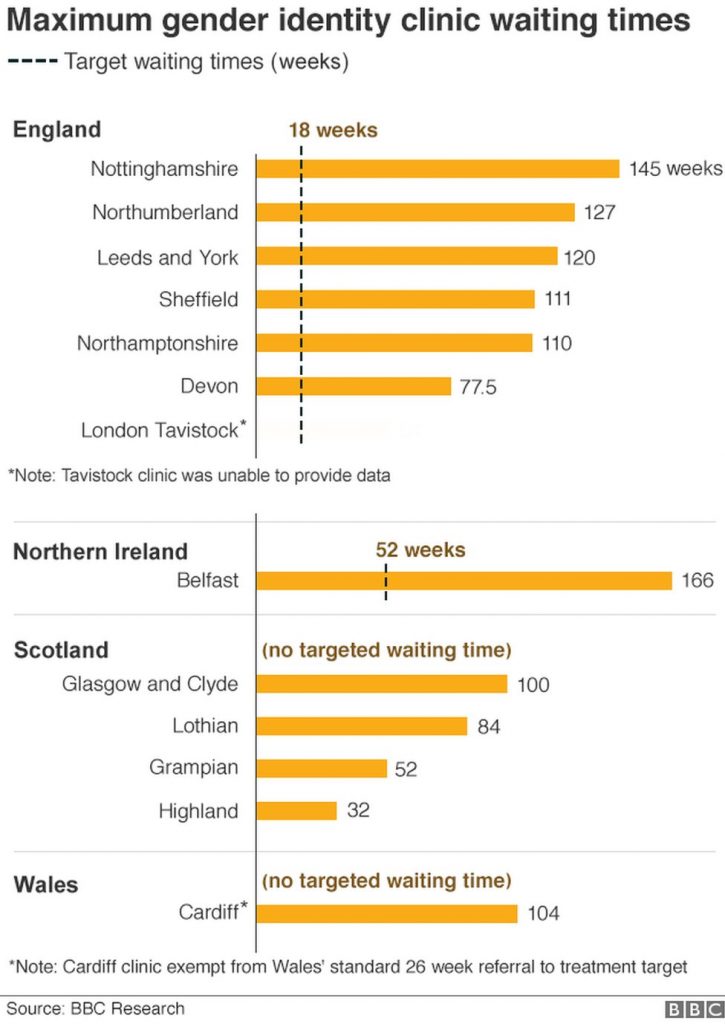 It’s interesting to change the measurements here. Talking about timescales in weeks sounds like a short time, but the 100-week waiting list in Scotland means two years. In Northern Ireland it’s over three years.

We’re talking here about medication that is proven to be safe, effective and in many cases life-saving; if these waiting lists for initial assessment were for any other group of people there would be outrage. But it’s us, so instead we have to endure endless bullshit in the papers about the supposed fast-tracking of trans people while the reality is the complete opposite. I fear that if there’s any outrage at all it won’t be at the broken system but at the people forced to go outside it.