Library closures are a horror story 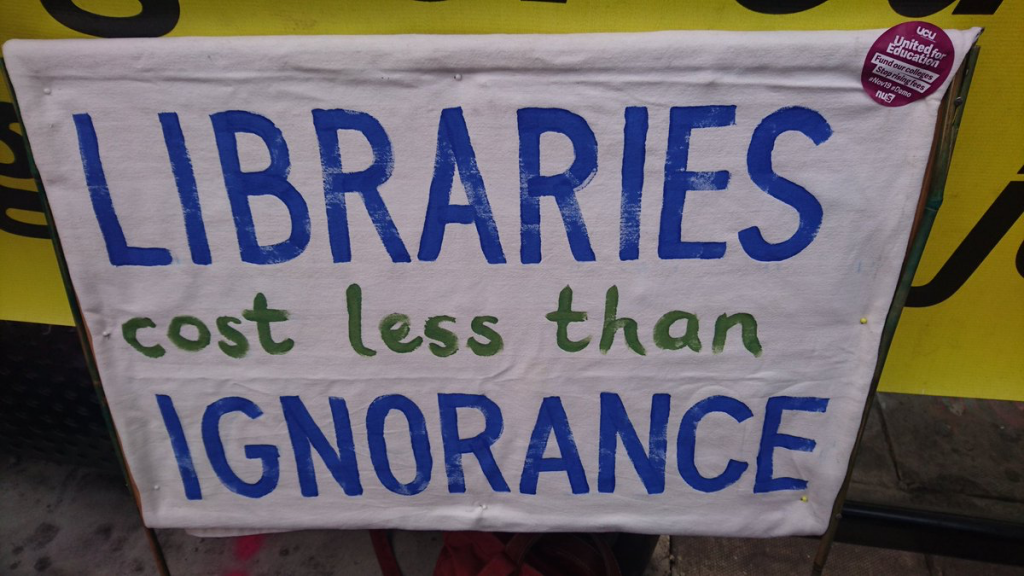 That’s nearly a fifth of the UK’s libraries gone in a decade.

Libraries aren’t just places to get books, although of course that’s important: my mum taking me to the local library kick-started my imagination and ignited a love of stories and language that’s been with me my whole life. I wouldn’t have the job I have if it weren’t for those visits, and I wouldn’t be the person I am without those books.

I’m with Manic Street Preachers â€“ “Libraries gave us power” â€“ and Walter Cronkite here: “Whatever the cost of our libraries, the price is cheap compared to that of an ignorant nation.”

Libraries are crucial for social services â€“ librarians spend more time helping people fill out essential forms for benefits than they do stamping books; with many crucial services only available online, libraries are a godsend for those who can’t afford or who are not confident in using computers â€“ and for people who need somewhere to go that doesn’t require them to spend money. In the absence of help for some of society’s most vulnerable people, they can be a valuable safety net.

And they make people’s lives better.

Here’s a study from the UK Arts Council from a couple of years ago.

library use is positively associated with subjective wellbeing after controlling for a wide range of other factors. Library usage is associated with higher life satisfaction, higher happiness and a higher sense of purpose in life

…We also find that library engagement has a positive association with general health. After controlling for other confounding factors, being a regular library user is associated with a 1.4 per cent increase in the likelihood of reporting good general health. We valued this improvement in health in terms of cost savings to the NHS. Based on reductions in GP visits caused by this improvement in health, we predict the medical cost savings associated with library engagement at Â£1.32 per person per year. It is possible to aggregate NHS cost savings across the library-using English population to estimate an average cost saving of Â£27.5 million per year.

…We note that this is likely to represent just a subset of the secondary health benefits of libraries, which may impact upon other medical services and costs aside from GP visits.

This vandalism is a terrible thing with terrible consequences, and it’s completely unnecessary: it’s the results of cuts forced upon us by cultural vandals who know the price of everything and the value of nothing.