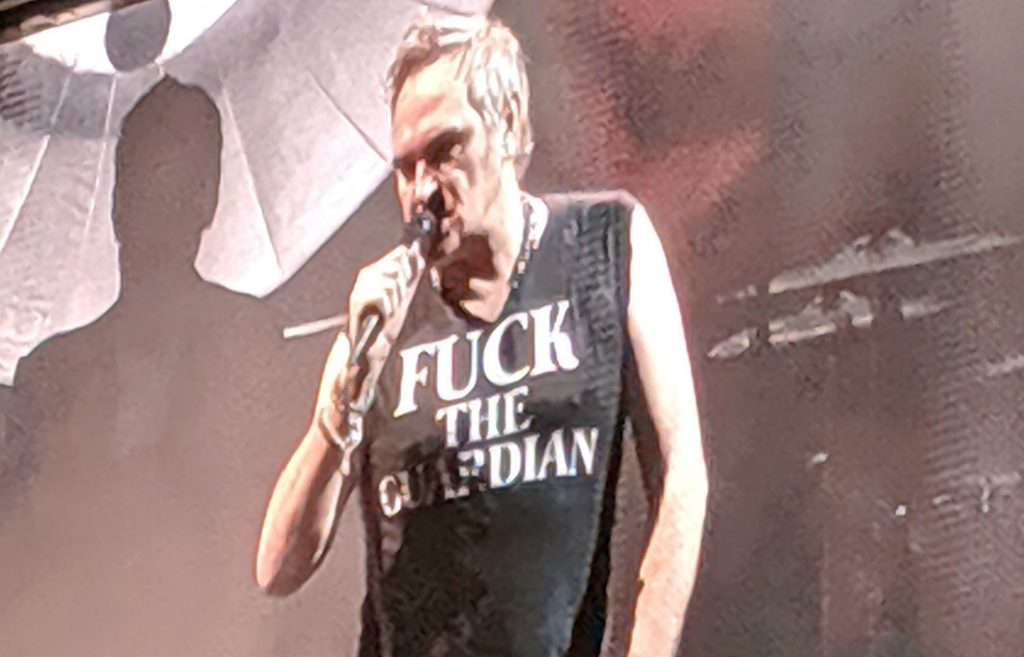 Former Smiths singer and current racist Morrissey appears to have reached a new low: the man whose latest look was wonderfully described on Twitter as “a member of the EDL who’s come to creosote your fence” has found a new way to fleece his long-suffering fans.

I was a fan of The Smiths back in the day; they were a very important band for me, and for many other misfits. It’s been a shame to see his career since that band ended acrimoniously: I can’t think of many artists who’ve shat on their own legacy with such enthusiasm for so long.

The latest example comes from his current tour, where Moz has been doing something that’s really unusual for him: he’s been turning up to the gigs. And when he does, you can buy mementoes from the merch stall such as signed vinyl LPs for a whopping $300.

You might think “wow. $300 is a ridiculous amount of money for a Morrissey album, even a signed one.”

You might think “Okay. It’s a ridiculous amount of money for a Smiths album.”

They aren’t Smiths albums either.

To be fair, they’re all great albums. And they’re just as great, arguably even greater, when they haven’t been signed by a racist and cost about Â£20 on vinyl from your local record shop.

I’m not sure who’s more deluded. The person who thinks their signature on someone else’s album makes it 2,000% more valuable, or the super-fans who will presumably buy some of them.