And then there was Download, home of superannuated rock bands whose commercial and artistic peaks happened decades ago.

Here’s what the poster looks like with the male acts removed. 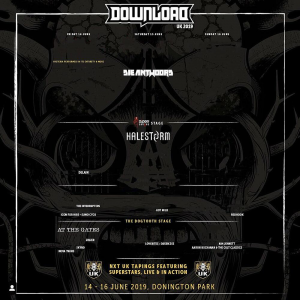 According to festival booker Andy Copping “women like watching bands more than being in them. They just haven’t felt inspired enough to pick up a guitar or be the singer of a rock band.”

There are lots of reasons why women aren’t on big festival stages, but not feeling inspired isn’t one of them. Sexist bookers, on the other hand…