How a lie can travel halfway around the world 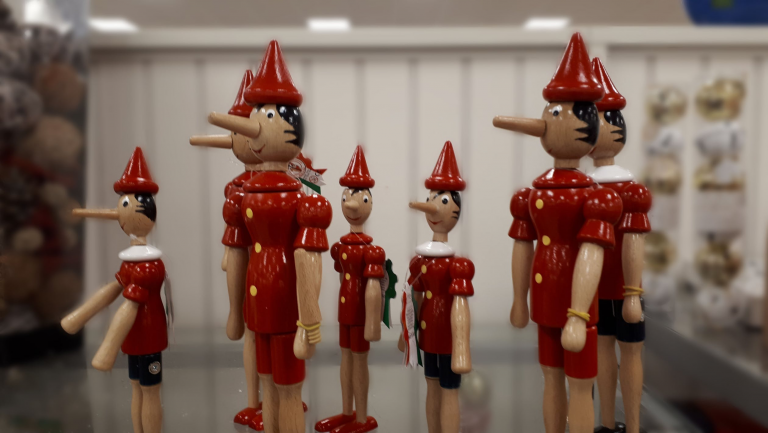 I mentioned recently that there was yet another junk science story doing the rounds about trans people: it claimed that thousands of deaths were linked to puberty blockers, when the actual number of deaths from puberty blocking were zero. The figures were based on the fact that the same drug is prescribed to help terminally ill people, and those people die.

The article referenced commentsÂ Jackie Doyle-Price, parliamentary under-secretary for health and social care, made to the U.K. House of Commons on July 23, which did not specify that the NHS was investigating any drug or raise alarm about puberty blockers. In fact, she said that â€œthe treatments available on the NHS, particularly for children, are appropriate.â€

The article wasn’t successful by Daily Mail standards; fewer than 500 people interacted with it online because it was a non-story. But that was before the religious lot got involved.

The piece was picked up by the National Catholic Register, a kind of Fox News for Catholics, which decided to spice it up a bit. It inserted the claims of “thousands” of deaths and “41,000 adverse events”. This got much more traction: 8,400 Facebook interactions.

The same story was also picked up and spiced up by LifeSiteNews, another right-wing evangelical outlet. It got over 15,000 Facebook interactions. Other evangelical sites got in on the act too.

Then the hard right got involved:

Right-wing outlet The Daily Wire published a misleading September 26 article about puberty blockers which was shared byÂ Facebook pages of other Daily Wire figures, including that of founder Ben Shapiro and podcaster Michael Knowles. The article began by misleadingly claiming, â€œMore than 6,300 adults have died from reactions to a drug that is used as a puberty blocker in gender-confused children, Food & Drug Administration data shows.â€

For the next two days, Facebook pages of several anti-trans figures associated with The Daily Wire shared the article in posts that earned more than 135,000 total interactions. The Daily Wireâ€™s anti-trans pundits Shapiro, Knowles, and Matt Walsh posted the article on Facebook several times each, each occurring within several minutes of one another

It becomes a who’s who of pricks: Shapiro, Knowles and Walsh posted to millions of online followers, as did the Daily Wire’s facebook account, and other hard-right sites joined in: TheBlaze, PragerU, WND, InfoWars and a favourite of Donald Trump, OANN.

Collectively these outlets reached tens of millions of people with a story that wasn’t true.

All from a single, badly written attempt at scaremongering.

Sadly this is nothing new. As the Holy Bullies and Headless Monsters blog notes,

…some of the same parties used this tactic to attack gays and lesbian community – junk science mixed with cherry-picked science and amplified. I’ve covered this “formula” on several occasions and thus have many examples of it.

And he does. Malicious misrepresentation of domestic abuse statistics to claim that lesbians are more violent in their relationships than straight people (they aren’t); gay people are promiscuous and don’t have lasting relationships (the research was from 50 years ago when equal marriage didn’t exist and gay people couldn’t be openly in relationships; the study’s own authors said it it wasn’t likely to be representative of all people); that being gay sends you to an early grave (it doesn’t).

But of course if you tell a lie often enough and confidently enough, people believe it.

Things have definitely changed. Not the lies, mind you, but the amplification of the lies. The ability of conservatives and the religious right to amplify these lies via their networks give their reach more power. It also makes it more difficult for us to refute the lies before they do our community major damage.

…the religious right and their conservative allies can’t rely on the truth to attack the LGBTQ community. So, unfortunately, they are relying on amplification and repetition of lies to beat us down.