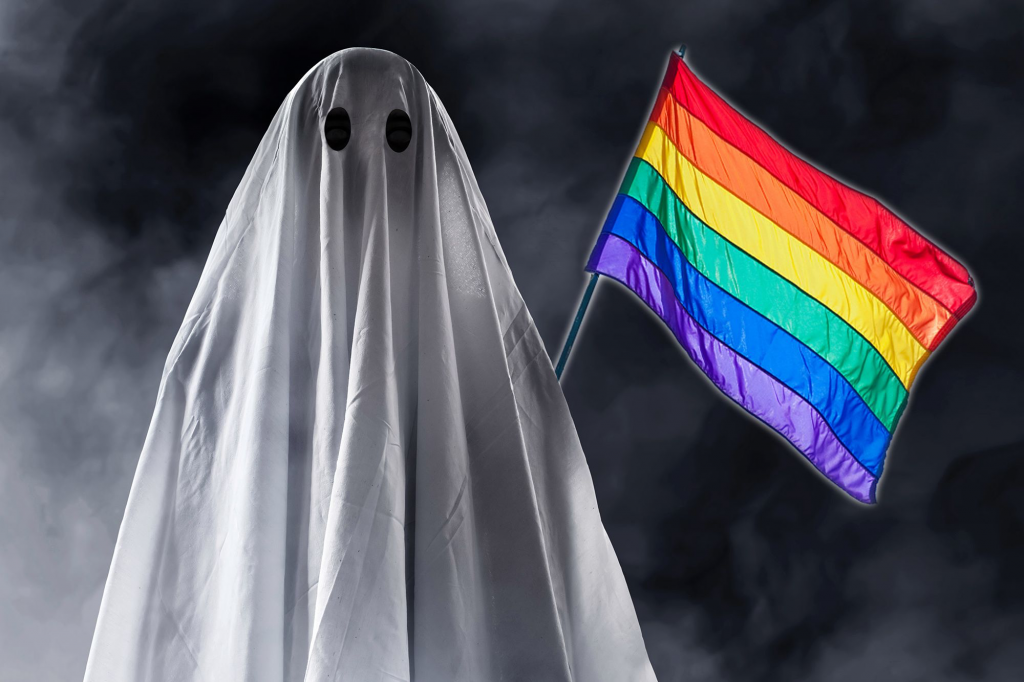 Thanks to an important new study, I now realise that I have been possessed by a ghost.

It’s not just me. As this wonderful PinkNews headline puts it:

Completely legitimate, rational and not at all offensive study says 85% of queer people are possessed by ghosts

It seems that even in the spirit world, ghosts are stuck with binary definitions of gender: gay men have lady ghosts inside them, and gay women have man ghosts. The study does not provide an indication of what kind of ghost people like me (assigned male at birth but now transitioning, attracted to feminine people and therefore a slightly harder-to-label kind of gay) have inside us. Maybe we have multiple ghosts. There could be a ghost party going on inside me right now.

The PinkNews piece gets some good jokes out of a nonsense “spiritual group” and its scientific approach, which finds that the symptoms of being a ghost include absolutely everything in the world ever and that the cure is to chant while never, ever thinking about really hot gay, bi or lesbian men, women or non-binary people getting hot and naked and doing hot naked sexual things to your hot naked body as you writhe in orgasmic, ecstatic joy and end up having to wipe gloopy lumps of ectoplasm off the sofa.

WHATEVER YOU DO DON’T THINK OF THAT.

Cheap gags aside, though, here’s a question.

The answer’s simple. The UK press is not currently commissioning and publishing endless articles claiming that members of the LGBT+ community are possessed by ghosts.