It’s Sunday, so of course The Sunday Times is running more hit pieces on trans women.

What’s wrong with this picture? 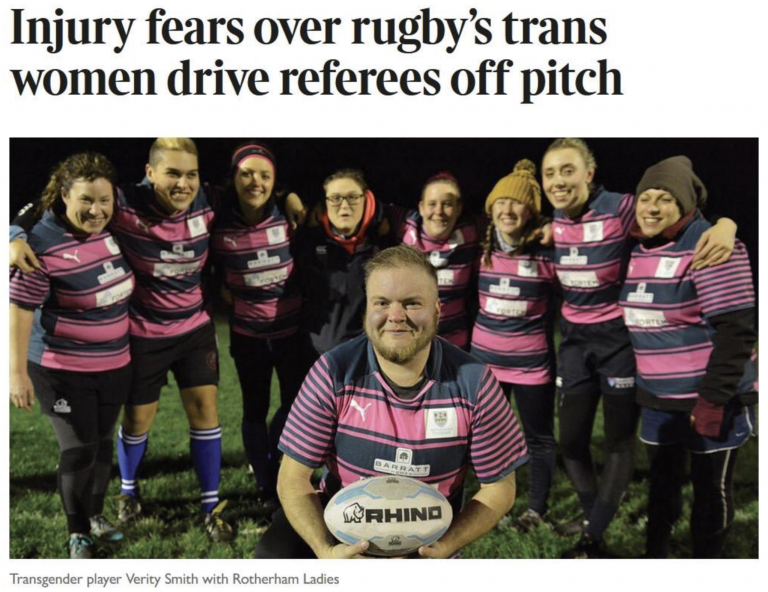 The clue’s in the caption. Verity Smith isn’t a trans woman. He’s a trans man, assigned female at birth and now transitioning to male.

The juxtaposition of headline and photo are clearly deliberate and malicious: you’re expected to see the words “trans women” at the same time as you see the very male rugby player in the photo.

And when the writer posted it on Twitter he tagged the anti-trans activist group Fair Play For Women (who he interviewed in the piece, enabling them once again to make unsubstantiated and unchallenged claims about “well funded and powerful trans lobby groups”) and the vocally anti-trans athlete Sharron Davies.

It’s notable that the online version â€“ the one people will share â€“ is more inflammatory than the printed one, which doesn’t do the same malicious juxtaposition. Here’s the printed one: 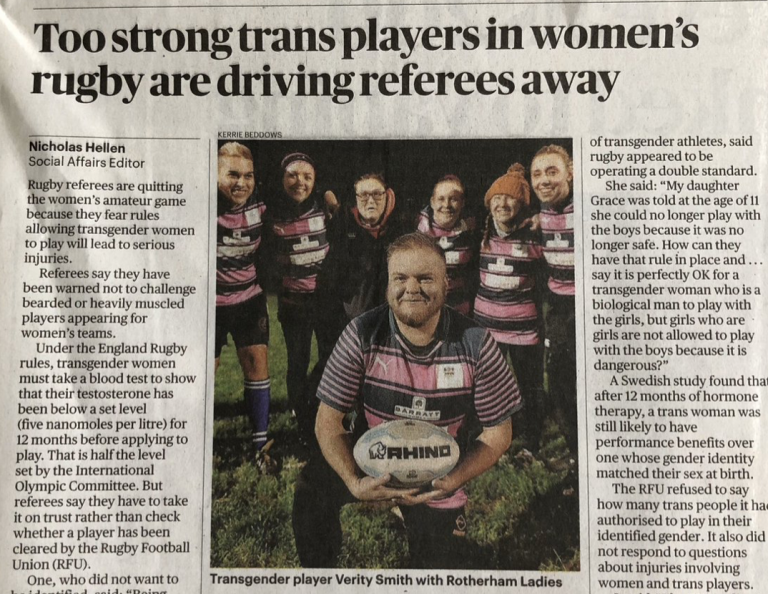 The article itself describes “bearded or heavily muscled” trans men, not trans women.

Smith has endured a lot since coming out. Â As he told CNN:

“I’ve been escorted off the pitch, outed on the internet, assaulted and pinned down and had blood spat in my mouth and the police wouldn’t do anything about it. That’s been the lowest point for me, just being dragged off the pitch and not being able to walk out there with the rest of my team having not done anything wrong other than be myself.”

Smith’s experience is what the anti-trans activists The Times loves so much would like all trans sports players to go through. First, he had to seek written permission from the sport’s governing body in order to be allowed to play at all. Second, he only plays in the team appropriate for the gender he was assigned at birth, not the gender he actually is. And thirdly, he has endured awful physical and verbal abuse on the pitch, around it and on the internet for which nobody has been held accountable.

And that’s still not enough. He also has to see his image used in a blatant attempt to make people hate and fear trans women.

And it works. The article â€“ and the photo â€“ is already being shared on social media by anti-trans bigots.

I’m not scaremongering; I’m not a snowflake; I’m not paranoid. There is a demonstrable anti-LGBT+ agenda at The Times and The Sunday Times, and while most of their energy is currently directed at trans women they are already beginning to target the rest of the community. This was the Scots editor on Friday:

The language here is telling. Can you believe that they’re teaching kids AS YOUNG AS THREE all about the gays?

What are they being “taught about same-sex couples”?

The first level, designed for preschool to P1, includes slides explaining that â€œsome families have two dadsâ€, and recommends books such as Mommy, Mama and Me, about lesbian parents, and King & King, in which a prince marries a man.

Imagine if children discovered that someone in their class might have same-sex parents.

We have been here before, of course. In the 1980s, the completely innocuous book Jenny Lives With Eric and Martin became the centre of a media-driven moral panic â€“ a panic that would lead to the infamous Section 28, which banned the supposed “promotion” of homosexuality in schools.

Back then, The Sunday Times â€“ which was hardly a friend to gay people at the time â€“ wrote in an editorial: “[Clause 28] is a throwback to a more intolerant age. It has no place in the new Britain.”

In recent years â€“ so terribly recent â€“ the work of erasing centuries of crude superstition and fear has begun, so that now everybody realises (what was always true anyway) that they know at least a couple of gay people, and that they are, after all, give or take the odd flourish, much like everyone else, sometimes nicer, sometimes nastier â€“ that some children have gay parents, that some brothers have gay sisters, that some employees have gay bosses, that some priests are gay, some teachers, some criminals, some saints.

Thirty years later and the same newspaper is pushing “crude superstition and fear”.

A correction has appeared on the digital edition: 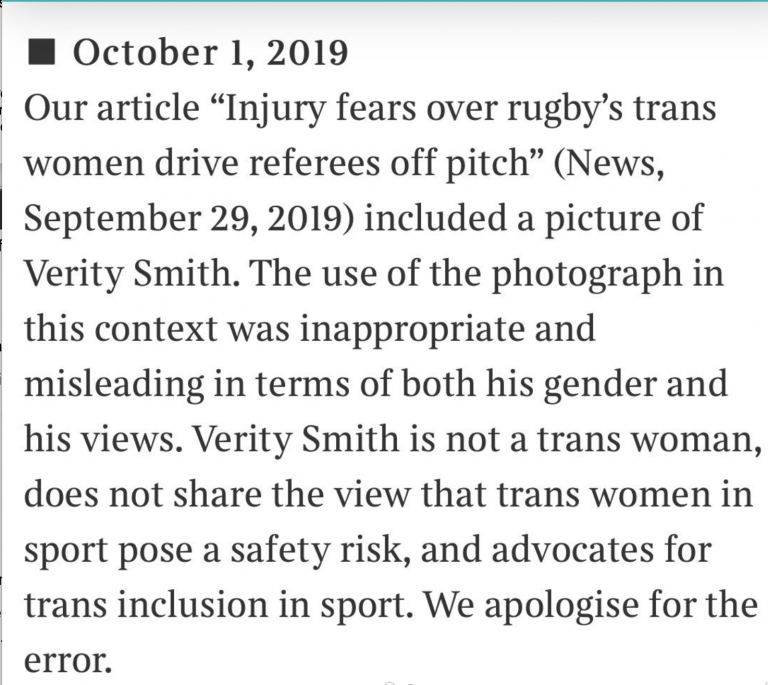