The girl vs the gammons 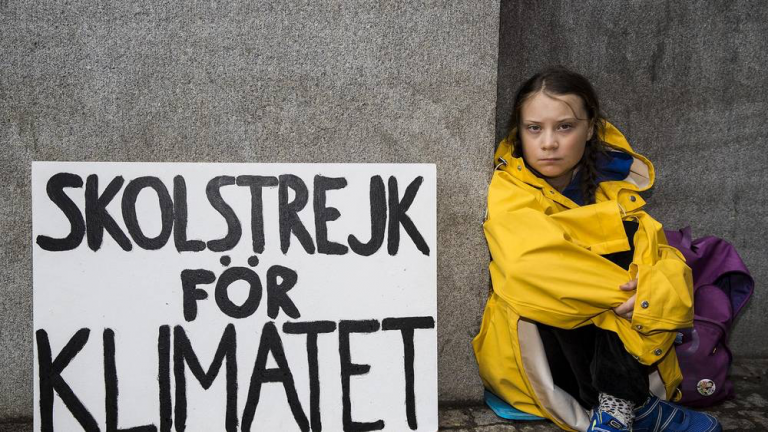 As a rule of thumb, if Spiked columnists, billionaire Brexiters and Toby Young are against something you can be pretty sure it’s a good thing. Guess who really, really hates Greta Thunberg, the young woman who sparked today’s global climate protests?

Even for someone who spends a lot of time on Twitter, some of the criticism levelled at Thunberg is astonishing. It is, simultaneously, the most vicious and the most fatuous kind of playground bullying. The Australian conservative climate change denier Andrew Bolt called her â€œdeeply disturbedâ€ and â€œfreakishly influentialâ€ (the use of â€œfreakishâ€, we can assume, was not incidental.) The former UKIP funder, Arron Banks, tweeted â€œFreaking yacht accidents do happen in Augustâ€ (as above.) Brendan Oâ€™Neill of Spiked called her a â€œmillenarian weirdoâ€ (nope, still not incidental) in a piece that referred nastily to her â€œmonotone voiceâ€ and â€œthe look of apocalyptic dread in her eyesâ€.

But whoâ€™s the real freak â€“ the activist whose determination has single-handedly started a powerful global movement for change, or the middle-aged man taunting a child with Asperger syndrome from behind the safety of their computer screens?

If all you had to go on was the hysterical abuse levelled at her, you’d think Thunberg turned up claiming to be the second coming of Christ and was busily throwing moneylenders out of temples.

Other than money â€“ at least one of the named pundits has been generously funded by right-wing billionaires, whose deep pockets have helped persuade people that there’s still a debate over climate change when there really isn’t â€“ what could possibly motivate right-wing men to hurl abuse at a woman? Here’s Martin Gelin in the New Republic.

In 2014, Jonas Anshelm and Martin Hultman of Chalmers published a paper analyzing the language of a focus group of climate skeptics. The common themes in the group, they said, were striking: â€œfor climate skeptics â€¦ it was not the environment that was threatened, it was a certain kind of modern industrial society built and dominated by their form of masculinity.â€

The connection has to do with a sense of group identity under threat, Hultman told meâ€”an identity they perceive to be under threat from all sides. Besieged, as they see it, both by developing gender equalityâ€”Hultman pointed specifically to the shock some men felt at the #MeToo movementâ€”and now climate activismâ€™s challenge to their way of life, male reactionaries motivated by right-wing nationalism, anti-feminism, and climate denialism increasingly overlap, the three reactions feeding off of one another.

This is how the world ends: not with a bang, but with a barbecue.

Climate change used to be a bipartisan concern, the first Bush senior presidency famously promising to tackle global warming. But as conservative male mockery of Thunberg and others shows, climate politics has quickly become the next big battle in the culture warâ€”on a global scale.

As conservative parties become increasingly tied to nationalism, and misogynist rhetoric dominates the far-right, Hultman and his fellow researchers at Chalmers University worry that the ties between climate skeptics and misogyny will strengthen. What was once a practical problem, with general agreement on the facts, has become a matter of identity. And fear of change is powerful motivation.

…the truth is that theyâ€™re afraid of her. The poor dears are terrified of her as an individual, and of what she stands for â€“ youth, determination, change.

…The reason they taunt her with childish insults is because thatâ€™s all theyâ€™ve got. Theyâ€™re out of ideas. They canâ€™t dismantle her arguments, because she has science â€“ and David Attenborough â€“ on her side. They canâ€™t win the debate with the persuasive force of their arguments, because these bargain bin cranks trade in jaded cynicism, not youthful passion.

…for her loudest detractors, she represents the sight of their impending obsolescence hurtling towards them.