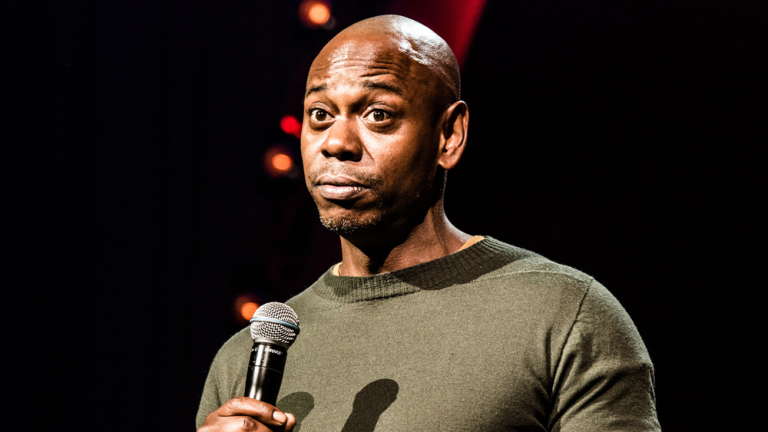 Dave Chappelle, whose net worth is believed to be $42 million.

Over the course of a six-month trial, critics, academics, psychiatrists, and even a minister spoke in Bruce’s defense—none more beseechingly than Bruce himself.

“Don’t finish me off in show business,” he pleaded before his verdict was delivered. “Don’t lock up these six thousand words. That’s what you’re doing—taking away my words, locking them up.”

None of it mattered. He was convicted and sentenced to four months of service in a workhouse. On August 3, 1966, Bruce, out on bond for the appeal of his case, was found dead of a morphine overdose. In his 1971 book Ready for the Defense, Bruce’s attorney Martin Garbus quoted a statement of remorse from Assistant District Attorney Vincent Cuccia, one of Bruce’s prosecutors. “We drove him into poverty and bankruptcy and then murdered him,” he said. “We all knew what we were doing. We used the law to kill him.”

To some modern comedians, this is exactly the same thing as criticising one of their jokes on Twitter.

Nwanevu’s piece is a devastating demolition of so-called “cancel culture” in comedy, where comedians squeal censorship after making lame jokes about women and minorities. As he points out, the supposed cancelling of Dave Chappelle (anti-Asian and anti-trans jokes), Aziz Anzari (sexual misconduct) and others appears to have had little or no effect on their careers.

Ansari, reputedly dead, in a professional sense, released a new Netflix special in July and returned to Forbes’ highest paid comedians list this year for the first time since 2015, having earned an estimated $13 million between this and last spring.

As far as comedy is concerned, “cancel culture” seems to be the name mediocrities and legends on their way to mediocrity have given their own waning relevance. They’ve set about scolding us about scolds, whining about whiners, and complaining about complaints because they would rather cling to material that was never going to stay fresh and funny forever than adapt to changing audiences, a new set of critical concerns, and a culture that might soon leave them behind. In desperation, they’ve become the tiresome cowards they accuse their critics of being—and that comics like Bruce, who built the contemporary comedy world, never were.

One of the minorities brave, marginalised warriors such as Dave Chappelle (net worth: $42m) likes to pick on is trans women; this week, a member of the US Cabinet cribbed from Chappelle’s act to justify stripping trans folks of their human rights .

This isn’t to say, of course, that there aren’t real instances of intolerance and repression around for our putative chroniclers of cultural ostracism to take an interest in. In April, a 23-year-old Dallas woman named Muhlaysia Booker backed into a car in an apartment parking lot. The driver of the other car then held her at gunpoint to force her to pay damages. As the confrontation took place, a bystander was offered $200 to attack Booker. He obliged. In a video that subsequently went viral, a mob—a real one—can be seen joining in, punching and kicking her in the head and yelling slurs as she squirms and struggles on the ground. She was hospitalized with a concussion and facial fractures.

Muhlaysia Booker isn’t going to be given a column in which she might describe her treatment to the public. She won’t be appearing on any panels or podcasts. She won’t be doing any standup sets. Muhlaysia Booker is dead. A month after the attack, her body was found face down in an East Dallas street with a gunshot wound. She was one of nineteen transgender people to have been murdered so far this year in a wave of violence the American Medical Association has called an epidemic.

The cultural power the critics of cancel culture breezily ascribe to progressive identity politics did not save them.

Last night in Dallas, a trans woman was shot repeatedly and is in serious condition after what police believe is a hate crime.

Investigators say a man driving a pickup pulled alongside the woman late Friday, yelled slurs about her gender identity and fired several times, striking her in the chest and arm.

I’m sure Dave Chappelle will find that “fucking hilarious”.