In the aftermath of the latest US gun massacres, there have been lots of attempts to pin the blame on things. Despite at least one shooter leaving yet another manifesto that says “I did it because I’m a huge Nazi”, US Republicans and right-wing types generally have been quick to apportion the blame for gun massacres to pretty much anything else. Some Republicans claim it’s because of the gays, others because of the trans folks, and quite a few have pointed the finger at video games. 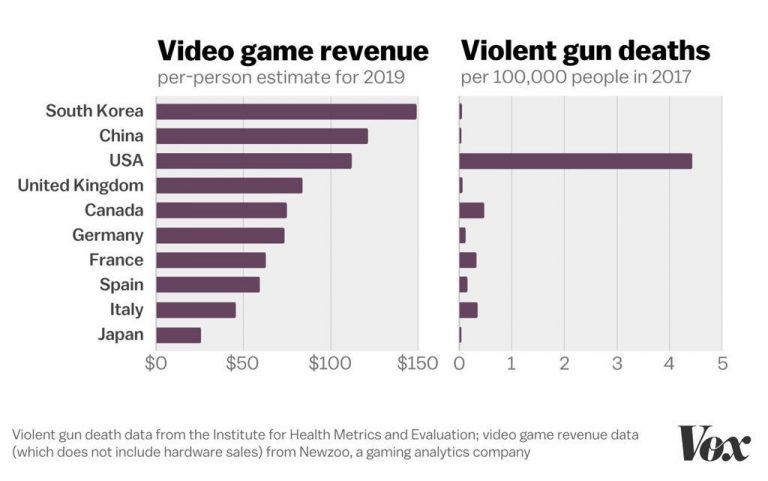 Clearly if video games caused gun deaths, you’d expect to see many more shootings in China and South Korea, where video games are even more popular than in the US. And you can’t say “ah, but they don’t play violent games like US gamers do”, because we do in the UK and we don’t have regular school shootings either.

Access to guns is a huge part of it, but let’s not turn away from video game just yet. Here’s author Christopher Keelty on Twitter.

Video games do not make murderers. If they did, China (which has almost as many gamers as the US has humans) would have constant domestic attacks.

If you’re not of a generation that plays games, this may well be news to you. However, it’s been well known in tech and tech journalism for years.

Sites like 4chan and 8chan [the site connected to the last five gun massacres] were built on gaming, by gamers for gamers. Reddit and YouTube have MASSIVE gaming communities. All are infested with white supremacist terrorists, working to get your kids killing for them.

It’s often not the content itself that’s dangerous, it’s the comments. Virtually any Google search for ANY game will turn up at least one page with Nazi talking points in the comments. Try it and see.

Games don’t cause murders and people who play video games aren’t Nazis. But gamers in the US in particular have proven to be a very fertile recruiting ground for some of the worst people in the world.