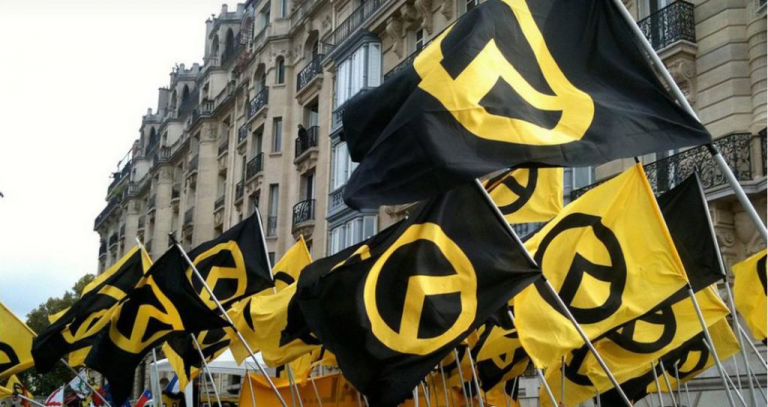 The very brave people at Hope Not Hate have conducted a years-long investigation into the identitarian movement,Â the far-right movement connected to three recent massacres.

Imagine fascism with a Facebook page and you’ve got a pretty good idea. The identitarian movement is a modern spin on old hatreds, using social media and stunts to spread its hateful messaging.

It’s not just racist, although it’s very, very racist. It’s also against feminism and LGBT+ rights. It claims that collectively, the women, the brown people and the queers are eradicating traditional culture â€“ which of course just happens to be straight, white, cisgender, patriarchal Christian culture.

The movement has made great strides online â€“ there’s a lot of overlap with Gamergate and other far-right movements targeting vulnerable and/or disaffected young men â€“ but it’s increasingly mainstream across Europe.

It’s not about politics, or at least not yet. It’s about getting the media to platform their talking points.

Identitarian metapolitics focuses on shifting the accepted topics, terms, and positions of public discussion so as to create a social and political environment more open and potentially accepting, of its ideology. It comes from a belief that this is required before electoral and policy support for their views is possible. GIâ€™s efforts to have the media report on their fear-mongering about â€œThe Great Replacementâ€Â of white Europeans exemplifies this, as their intention is to then use the narrative to promote a policy response of â€œRemigratingâ€Â non-white immigrants.

And the media plays along: for example, on the day of the Christchurch massacre â€“ a massacre directly linked to the Generation Identity group, which the murderer supported â€“ BBC’s Newsnight invited GI’s UK leader, Benjamin Jones, on for a chat. This happens again and again, with far-right identitarians given the opportunity to get their messaging to a wider audience.

And of course, there’s a very narrow line between the identitarians’ “great replacement” narrative and the anti-minority, anti-multiculturalism, anti-equality sentiments routinely printed in so many of our newspapers and current affairs magazines as they try to scare their readers about the brown people and the feminists and the queers.

Columnists like to rail against so-called identity politics, where marginalised groups politely ask them not to be assholes. But they’re very quiet about this very real and very lethal form of identity politics â€“ a form of politics whose key messages aren’t so different from their own.