Everybody in this photo is trans, and it’s important that you see that. Because conventionally attractive trans women are the last thing the anti-trans bigots want you to see.

One of the things the “reasonable debate” crowd really like to do is to scour the internet to find photos of the ugliest trans people and crossdressers they can find. If they’re dressed badly or inappropriately, all the better. They then share those photographs, mocking them, sometimes using the #transisbeautiful hashtag, sometimes adding images of people who aren’t trans at all such as exhibitionists in fishnets. Look at the freaks!

Leaving aside the point that mocking women’s appearance for not matching up to societal standards of beauty is one of the least feminist things you can do that doesn’t involve teaming up with racists, anti-semites, forced birthers, the Murdoch press and the religious right, there’s a reason they do it.

The reason is simple. Caricatures make it easier to hate.

Whenever anti-trans bigots try to spread fear of trans women (and it’s always women; trans men like Michael Hughes spoil their narrative), there’s a particular mental image they want you to have: a “hulking”, sweaty, “burly” “man in a dress”. I’m using the quotes deliberately, because those are the words and terms you see again and again: words such as hulking and burly are used to imply danger, while “man in a dress” is a much more loaded term than “trans woman”.

And of course, there are trans women who look like shit. I’m often one of them. That’s what comes from a lifetime spent in ignorance about trans people, trying not to be trans in a world that tells you there’s something wrong with you, and finally coming out with zero knowledge of how to do clothes and makeup properly long after testosterone has ruined your chances of ever being young and beautiful.

But the focus on the people who don’t look like unremarkable or even beautiful cisgender women is deliberate and malicious in the same way that racists’ caricatures of black people or anti-semites’ caricatures of Jewish men were/are deliberate and malicious: they want you to imagine the caricature every time you hear about trans women, or black people, or Jewish men, because it’s so much harder to hate people who are perfectly ordinary. If the differences aren’t dramatic enough, the bigots will simply invent some more.

Here’s an example of what I mean. 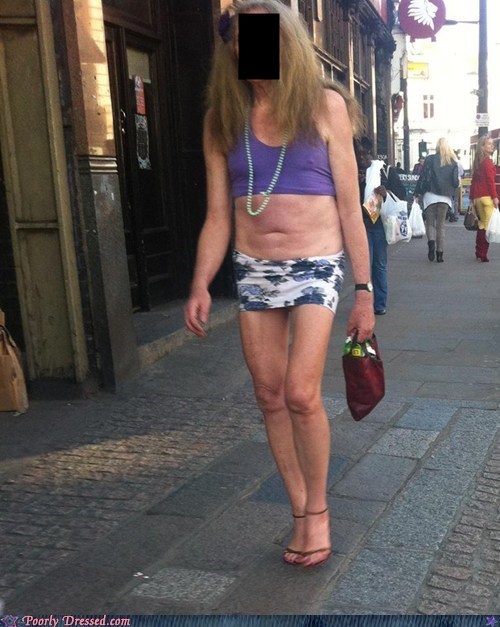 The photo is from a website that collates pictures of the world’s supposedly worst-dressed people (I’ve obscured their face). I don’t know the context; for all I know the person pictured is a goddamn saint who just happens to have pretty crap clothing choices. But if I wanted you to think negatively about trans people, to imagine “burly”, “hulking” people you might be scared or suspicious of, it’s a pretty good example of the kind of thing I’d share.

I could quite easily do the same thing with anti-trans bigots, finding photographs of the ugly ones or just photos that make them look like they’ve escaped from some kind of institution. I won’t, though, because I don’t have that kind of poison in my heart.

Let’s try another picture. This one’s ideal â€“ it’s a scary tran in a toilet! 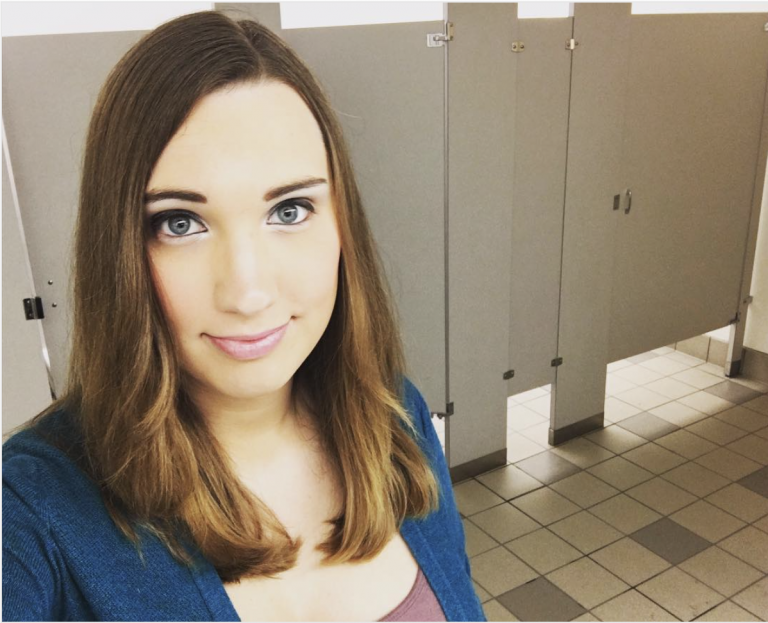 Not so scary, is she? This is Sarah McBride, a trans woman and US politician who was abused at work by anti-trans bigots visiting from England; the bigots are leading lights in the UK anti-trans moment and regularly featured in print and broadcast media. One of them spent much of this week sharing ugly and/or unflattering pictures of trans women for her social media followers to mock. 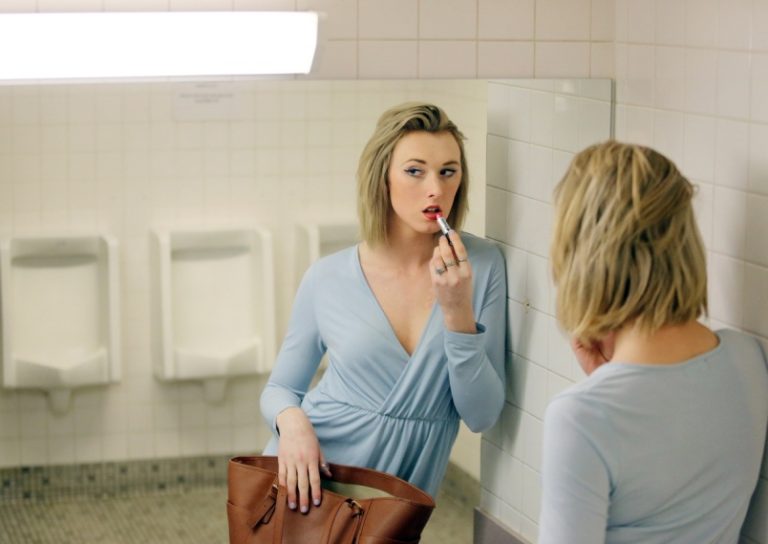 This is Brae Carnes, a trans woman from Canada, using the toilet the bigots would like her to use.

And of course, that’s exactly what the bigots want. It’s why they share the photos.

I’m not suggesting here that McBride and Carnes are “the good ones” because they fit people’s expectations of what “normal” women look like. We’re just as valid if, like me, we’re horse frighteners. I’m simply pointing out that it’s very easy to make a particular group look alien and perhaps even dangerous by focusing on the worst, most extreme examples (in the eyes of the people you want to convince) because we still largely associate physical beauty with goodness and purity.