What does the Bible say about gay people? Not much 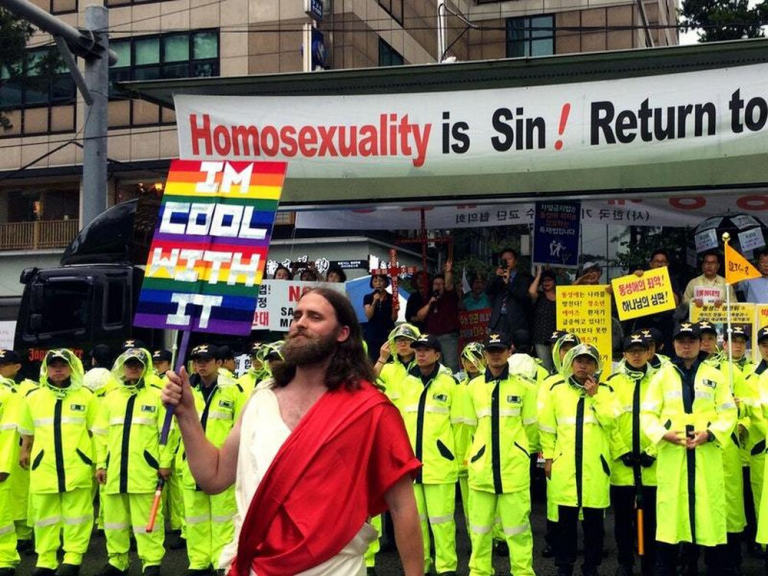 You’ve probably heard of Bishop Thomas Tobin from Providence, Rhode Island by now. His tweet telling Catholics not to support Pride Month went viral and attracted a lot of comment, but very little of it was as intelligent and as powerful as this piece by Michael Coren. Coren is a former Catholic and who famously became an Anglican and publicly reversed his position on same-sex marriage.

This was shockingly repugnant language, even from a church that has actively campaigned against LGBTQ equality and now officially rejects even chaste gay men from its seminaries. The stinging irony of the â€œharmful for childrenâ€ comment was inescapable, in that the Catholic clergy abuse crisis involved the sexual assault of myriad children and was denied or hidden for decades. Indeed, when Tobin was auxiliary bishop of Pittsburgh, the diocese was named in a grand jury report concerning abuse and its obfuscation.

Coren asks an interesting question: does the Bible provide justification for the things Tobin said?

It often surprises people when they learn that the subject is hardly mentioned in the Bible, especially when we remember how much time people like Bishop Tobin devote to it. The Old Testament is often quoted, but without a thorough understanding and with a painful disregard for its authentic nature. These texts are not history, and certainly not some guide to contemporary livingâ€”witness the defence of slavery, ethnic cleansing, and the archaic treatment of women. The story of Sodom, for example, is actually about protecting oneâ€™s guests, and loving God, rather than condemning gays and lesbians. The homophobic element was injected centuries later by the early medieval church, for all sorts of political and sociological reasons.

…Jesus doesnâ€™t mention homosexuality at all, and is in fact startlingly unconcerned with the sex lives of those whom he encounters. The central teaching of the Gospels is love and compassion, and if one group does provoke him to anger itâ€™s the puritans and moralists.

…Part of this narrative goes far beyond the Bible, of course. Horribly damaging church policies towards the LGBTQ community, and to women, Jews, and Indigenous people can often be traced to the need to preserve power and control and have had nothing at all to do with the frequently radical culture of, in particular, the New Testament.

Coren argues that the Bible “doesn’t say very much at all” about LGBT+ people.

What it does say, and sing and shout and demand, is empathy, kindness, and justice.