In my head there’s nothing but music 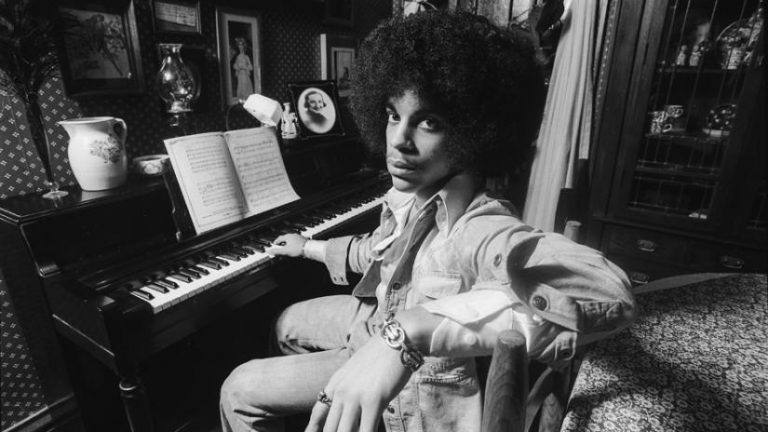 Update: I never got to see Prince live, so I’mÂ jealous that the excellent Professor Batty met him. Kinda.

I used to wonder why Prince gave away so many songs, many of which were enormous hits: The Bangles’ Manic Monday, Sinead O’Connor’s Nothing Compares 2 U, Chaka Khan’s I Feel For You, Martika’s Love Thy Will Be Done and many, many more.

I think I get it now. He needed to make some room in his own head.

I’m not comparing myself to Prince here â€“ a tendency to wear fishnets and a love of electric guitars is about as far as any comparison goes â€“ but since I’ve got properly back into music I’ve found it almost impossible to cope with the number of songs I’m writing.

Right now I reckon I’ve got 18 songs ready to mix and master, and another 18 in various stages of completeness. And the latter ones are pressuring me about the former. “Forget about those guys!” they say. “You’re with me now!”

I deal with this by ignoring both lots of songs and writing another one instead. I wrote one yesterday. It’s brilliant. Make that 19 other songs in various stages of completeness. It might be 20 by lunchtime. And those are just the songs I’ve written in the last six months or so. I’ve been doing this for years.

Not all of my songs are releasable, I know. Like any musician some of my songs are better than others. But I’m also well aware that some of the songs I’ve written just don’t fit with my band. For example, I’ve got a really great (and really badly recorded) song called I Didn’t Kiss You This Christmas that doesn’t fit the band I’m in. There are many, many more across all kinds of genres.

If you’re Prince, you can pass some of your songs on to others. And if you aren’t, you’ll have to decide which ones to abandon forever.