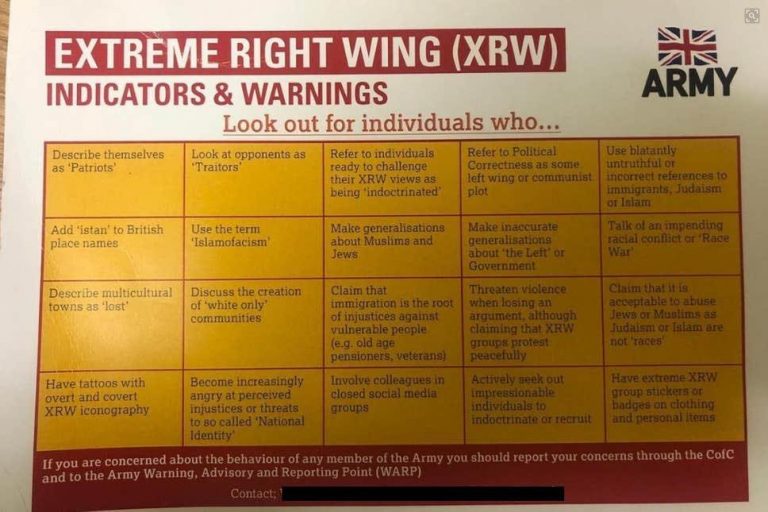 This is the British Army’s guide to spotting dangerous extreme right-wing (XRW) people, courtesy of James Wallis on Twitter.

I may have added an extra point there.

You know where I’m going with this one. The signs the British Army urges squaddies to look for don’t just appear among young men in Army barracks. They’re visible among supposedly nice, respectable middle-class people with jobs in the media too.

The radicalisation described here doesn’t just apply to anti-Islam racism. It’s visible in other forms of bigotry too.