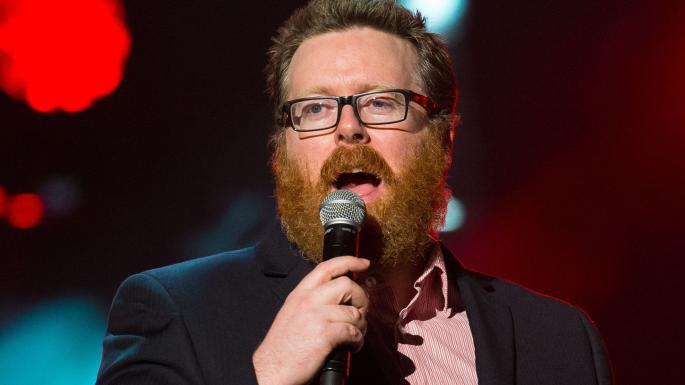 I went to see the comedian Frankie Boyle last night. As ever, he said many terrible things because he’s a really bad man. I laughed so hard for so long I’m actually a bit sore today.

I don’t go to as much comedy as I used to, even though I love live comedy: I got fed up hearing the same punching-down trans jokes night after night.

It’s hard to explain to other people what it feels like to hear those jokes. There’s an icy cold feeling in the pit of your stomach, a dread that takes you right back to your schooldays of bullies shouting epithets.

As I’ve written before it’s not pleasant.

it seems that every comedian has a couple of trans jokes at the moment. But while it isnâ€™t unusual, its ubiquity is pretty tiring. Itâ€™s not much fun to have people like you as the butt of the joke at every gig you go to whether itâ€™s a comedy club with 100 people or a hall with 10,000.

Itâ€™s tiring because it doesnâ€™t just happen on stage. That particular day started with anti-trans hit pieces in a couple of national newspapers, and involved the usual toxic anti-trans crap on social media. To then have some extra trans stuff on a gig youâ€™ve been looking forward to for ages brings out the Sinister Transgender Agenda, which is: give us a bloody break, will you?

I donâ€™t have a problem with trans jokes. But I hate lazy stereotypes being sold as jokes. All too often, â€œHaha! Trans!â€ is the punchline.

Boyle’s different. I’ve heard him talk about LGBT+ stuff before, on which the supposedly demonic comedian is firmly on the side of the angels, and last night he did some material specifically about lazy standups punching down on trans people. It was very, very funny, and for the first time I didn’t feel self-conscious about being in the crowd of a comedy gig as a visibly trans woman.

I don’t want to police comedians’ material, or to see anybody else do so. But I do wish comedians would do what Boyle admitted to doing last night: asking himself whether a joke really is brave and dangerous, or if you’re just saying the same thing as the bullies and the people in power.