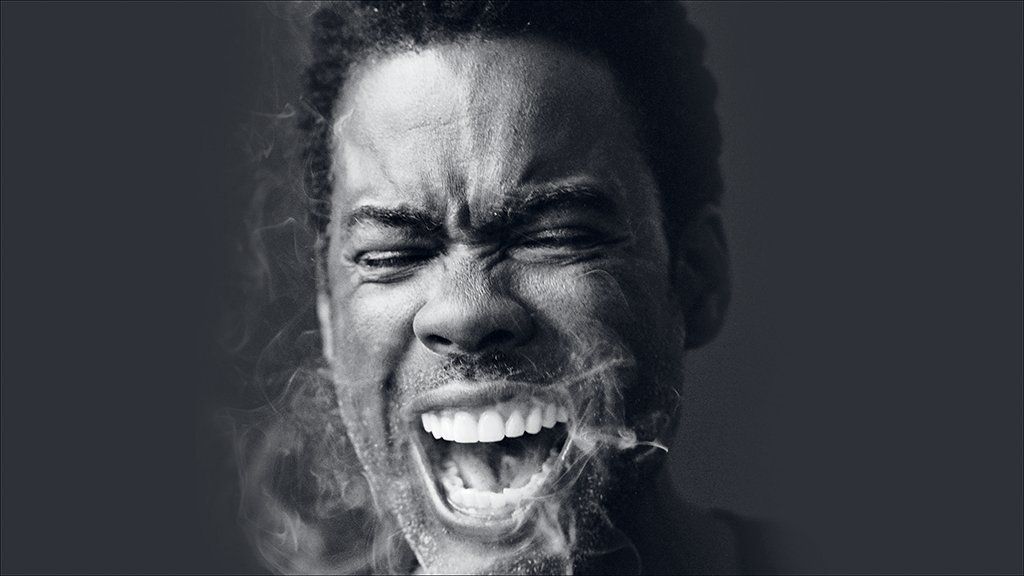 I was chatting with a comedian pal about comedy last night: we both went to see Chris Rock last week, and it turns out we’ve been to a lot of the same comedy shows over the years.

One of the things we talked about was Rock’s rage, where he’d take things out of the audience’s comfort zone: comedy as polemic, speaking truth to power. You’re uncomfortable because you should be uncomfortable. The comedian’s making you think about something too many of us don’t think about. Rock excels at that.

We also talked about Rock’s supports, two of whom made jokes about trans people. This is not unusual: it seems that every comedian has a couple of trans jokes at the moment. But while it isn’t unusual, its ubiquity is pretty tiring. It’s not much fun to have people like you as the butt of the joke at every gig you go to whether it’s a comedy club with 100 people or a hall with 10,000.

It’s tiring because it doesn’t just happen on stage. That particular day started with anti-trans hit pieces in a couple of national newspapers, and involved the usual toxic anti-trans crap on social media. To then have some extra trans stuff on a gig you’ve been looking forward to for ages brings out the Sinister Transgender Agenda, which is: give us a bloody break, will you?

I don’t have a problem with trans jokes. But I hate lazy stereotypes being sold as jokes. All too often, “Haha! Trans!” is the punchline.

Chris Rock’s first support, a man whose name I can’t remember, was a good example of that: he did a couple of throwaway trans jokes where trans was the punchline. Trans people may be topical but these jokes weren’t: one could have come from 1974, and another was about Caitlyn Jenner (who the comedian called Bruce throughout). 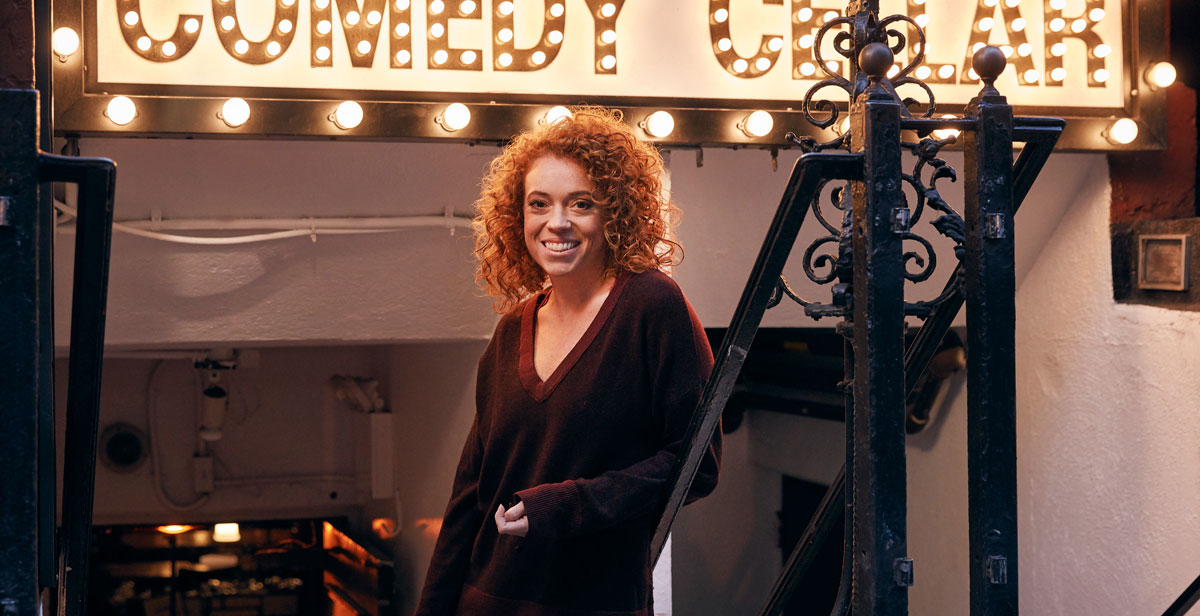 The second support, Michelle Wolf, was completely different. When she mentioned trans people in bathrooms I got the familiar sinking feeling, but she used it as the setup, not the punchline: she went into a routine about why it’s not trans women but overly nice men who scare her and then into eye-watering detail about bathrooms, bodily functions and how she deals with unwanted attention.

It’s the difference between Bernard Manning or Roy Chubby Brown and Frankie Boyle. They’re all incredibly offensive comedians, but Manning and Brown were/are also incredibly lazy comedians. They cater for the kind of people who find the word “poof”, “cunt” or “tranny” hilarious, and their comedy is little more than a ticketed version of drunken arseholes yelling at people in the street. Boyle’s offensive too, but he’s much cleverer and works much harder. In a typical set he’ll cover geopolitics, institutionalised racism, war crimes and how we’re trashing the planet. The offence is there to make these things funny.

Doug Stanhope is one of many comedians that wobbles between the boundary-breaking and the lazily abusive, I think. In a 2011 review, The Guardian’s comedy critic Brian Logan put it very well:

When his scorn and loathing is intelligently applied, he tears away the veil of socialised politesse, revealing the world at its atavistic, carnal purest. But these days, his hatred is often indiscriminately applied, and his intelligence less frequently engaged…Â Stanhope’s despairing idealism slumps into nihilism, while the many parties worthy of his furious, filthy comedy get off scot-free.

I think context and intent make all the difference. So it’s interesting to think about a comedian whose material didn’t really change but whose apparent intent did, and whose context definitely did: Jerry Sadowitz.

It turns out that my comedian pal and I had been to the same Jerry Sadowitz gigs in Glasgow several years ago. Sadowitz is famously unbroadcastable due to his really offensive act: not caring whether people are comfortable with what you say is a good way to become a pariah in broadcasting, and his truth-to-power routines about Jimmy Savile were not welcomed: people chose to believe in Savile, not Sadowitz.

The first show we saw of his comeback after some years in the wilderness was phenomenal. Comedy gold. Most of it was horrific, unrepeatable but quite clearly a persona: if you thought he meant it, if you agreed with it, the joke was on you. 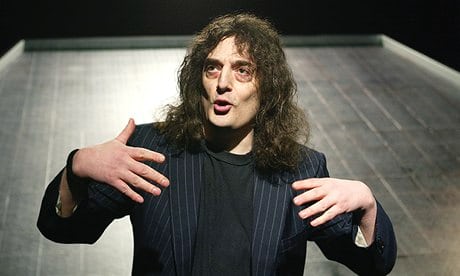 A year later we saw him again. Same venue, same horror, same offence. But word had spread, the venue was more full and the crowd was very different. The previous year it had been very student, left-wing, Guardian reading: the kind of people who also go to see Stewart Lee. This time out the crowd was older, more male, more angry. Where previously the laughs were gasps â€“ did he really just say what I think he just said? â€“ this time around people were cheering andÂ shouting “fucking right!” at the very worst things Sadowitz was saying.

Sadowitz didn’t call them on it, or pull the rug from under them.Â It was one of the most unpleasant gigs I’ve ever experienced, and my comedy friend and the people he was at the show with felt the same. It felt like some kind of EDL benefit gig, not taboo-busting comedy. Neither of us have been to see Sadowitz since.

Sadowitz is an extreme example, of course. But context is still important.

Back to Chris Rock’s supports. Comedy gigs don’t happen in isolation; they’re part of the wider culture, and of course they’re only a part of your day. So the sinking feeling I get when a comedian makes a “Haha! Trans!” joke isn’t me desperate to take offence (I’m a parent too, and one of the other supports did a fantastically funny routine about dropping babies, quite possibly one of the most offensive subjects imaginable. I howled).Â It’s because I started my day seeing anti-trans pieces in the newspapers. I spent my day seeing various anti-trans things on social media. And I see anti-trans cartoons in magazines I used to look forward to reading.

Individually these things are minor, but they’re minor in the way Chinese Water Torture is minor. It’s not the drips. It’s that they don’t bloody stop.

Just after Christmas I wrote a letter to Private Eye, a magazine I’ve loved since my teens and subscribed to since my twenties. I’d been meaning to do it for some weeks because it was contributing to the drip, drip, drip: it seemed that every issue there’d be a cartoon, satirical piece or both where the punchline was effectively “Haha! Trans!” It’s not a surprise â€“ the Eye has a giggling public schoolboy persona, and gay/bi jokes sneak in from time to time too â€“ but I think it’s lazy. So I wrote to suggest thatÂ being on the same side as Richard Littlejohn, who called trans people “dimbos in dresses” this week, wasn’t a good look and â€“ to use the same lazy punchline many of the pieces had used â€“ I “identified as” disappointed.

I got a reply in the following issue from an angry, self-declared “tranny” â€“ a word most trans people don’t like, let alone use, because it’s usually yelled or tweeted by bigots â€“ who thought I was a hypocrite demanding censorship of a cartoon she thought was quite funny. My letter hadn’t mentioned any specific cartoon (and wasn’t about the one she mentioned) and her reply completely missed the point.

I’m picking 1971 for a good reason: it’s when the infamous UK comedy programme The Comedians was first broadcast. The series ran until 1985 and simply wouldn’t be broadcast today: very many of the jokes were racist, misogynist or homophobic. And that’s an understatement. 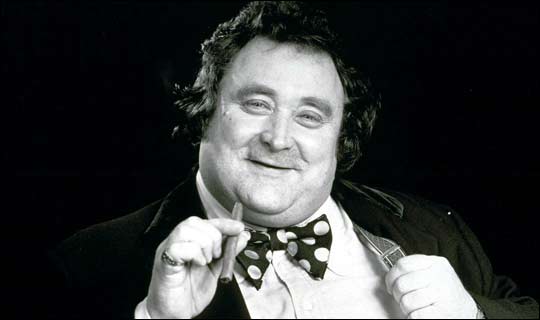 â€œCharlie told a lot of â€˜darkie jokesâ€™. â€˜Iâ€™ve been left in the oven too longâ€™ or â€˜Iâ€™m perspiring a lot, Iâ€™m leaking chocolateâ€™ â€“ which were very stupid and very immature. I remember doing a show in Hull and a guy shouting out â€˜Oi! Youâ€™ve got to do jokes like Charlie Williams. Thatâ€™s the kind of thing we expect from black comedians up hereâ€™.Â â€œI would go to see Charlie pulling the house down doing stuff about â€˜darkiesâ€™ and I thought â€˜this is obviously what youâ€™ve got to do if itâ€™s a predominantly white audience â€“ youâ€™ve got to put yourself, and other people, downâ€™.â€

Another star of the programme, the aforementioned Bernard Manning, was a self-confessed racist whose material largely involved lazy stereotypes of black, asian and gay people and who repeatedly used words most of us won’t even print today.

1971 is relevant to taboo-busting comedy in another way: while Manning and his pals were peddling racism and Charlie Williams was playing along, on the other side of the Atlantic one of comedy’s genuine boundary-breakers, Richard Pryor, was beginning to move from cosy, family-friendly fare to something much more important and for many audiences, frightening and offensive.

Comparing Pryor to Manning is like comparing diamonds to dogshit (white dogshit, naturally. It was the 70s).

I’m not asking to censor anything. I haven’t cancelled any subscriptions, and I haven’t stopped or considered stopping going to comedy shows. I’m just asking comedians, whether they’re stand-ups or cartoonists or satirists, to consider the wider context of the joke.

Are they comedians, or The Comedians?