Last year, anti-trans rabble-rouser James Kirkup wrote an article in The Spectator about the terrible rise of trans rights. Today, IPSO forced The Spectator to admit that the lurid claims at the centre of the story were complete and utter bullshit, invented by the writer. This happens an awful lot with trans stories: many of Andrew Gilligan’s lurid claims in The Sunday Times have been quietly rescinded too. 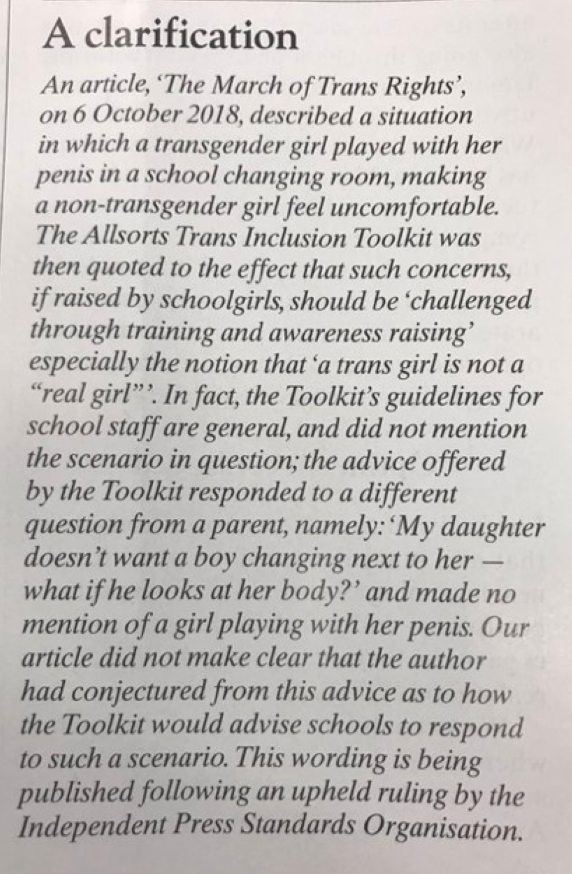 The article was a cover feature; the admission that it was based on bullshit is buried in a corner; the damage was done a year ago and no amount of corrections will undo it.