Stop us if you’ve heard these ones before

I think what I hate most about bigots is their laziness. The stuff they write about trans people is just the stuff they said about gay people, with “gay” Tipp-Exed out and “trans” scribbled in its place.

The Implausible Girl on Twitter has some examples. First, the silencing of people by a sinister lobby (2000): 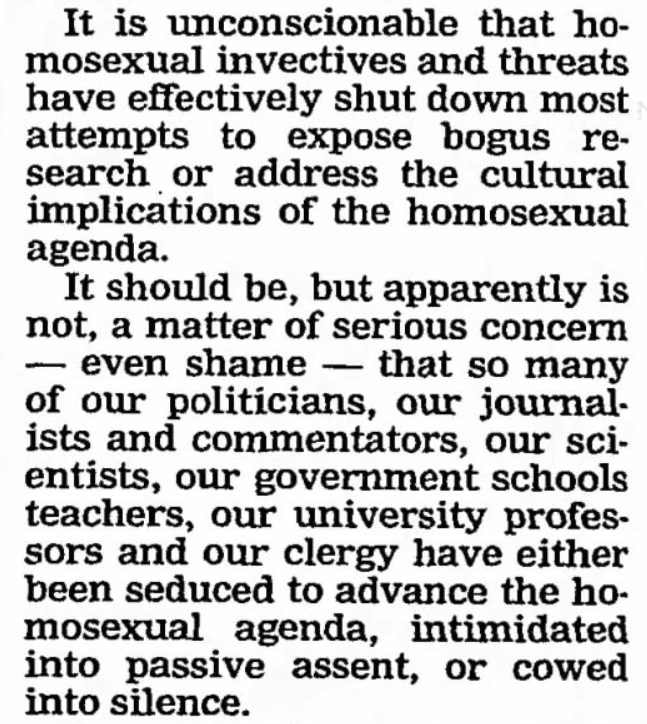 Evil activists “encouraging confused women” to join them in deviance (1990): 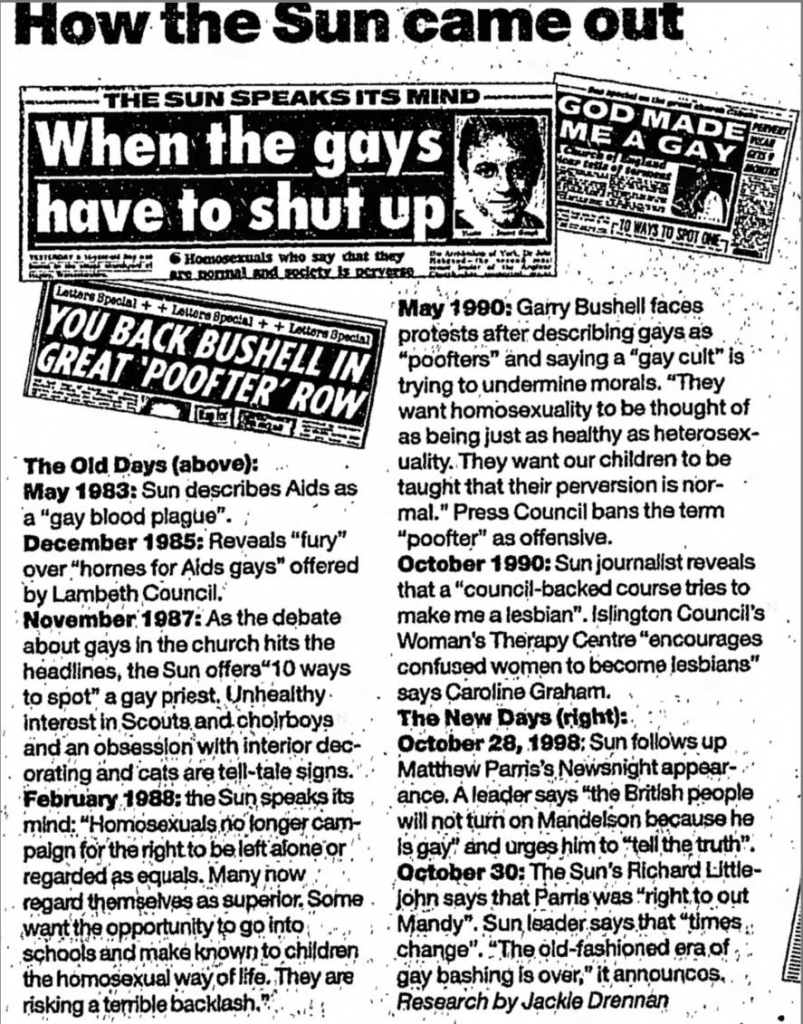 Press regulators refusing to accept that newspapers are inciting hatred against a minority Â while Murdoch-owned newspapers increase their abuse against that minority (also 1990): 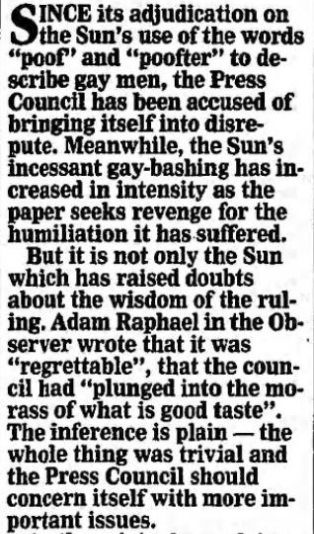 There’s so much more. How dare gay people compare their plight to those of genuine battles for civil rights? How dare gay people use people’s suicides to battle bigots? You get called a bigot if you disagree with science that says gay people are natural! Just because we say we hate gay people doesn’t mean we’re homophobic, it’s free speech! There are only two sexes, and no variation within!

Last, but not least, here’s the mother of modern feminism admitting that she was wrong to battle against the inclusion of lesbians in the feminist movement for so many years. She had called them “the lavender menace” and claimed they were a danger to women and to feminism. 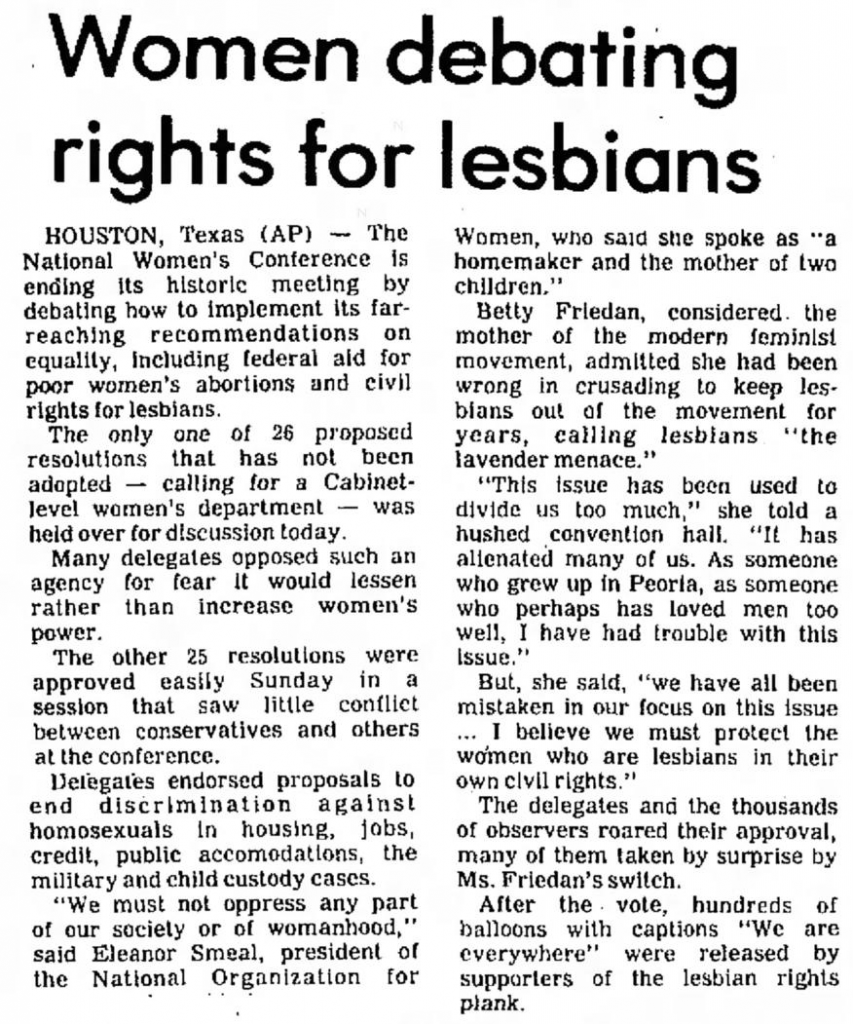 That last one makes an important point. Unlike being lesbian, gay, bi or trans, being ignorant and hateful is something you can change.