“Respect for all”, apart from the gays and the transes 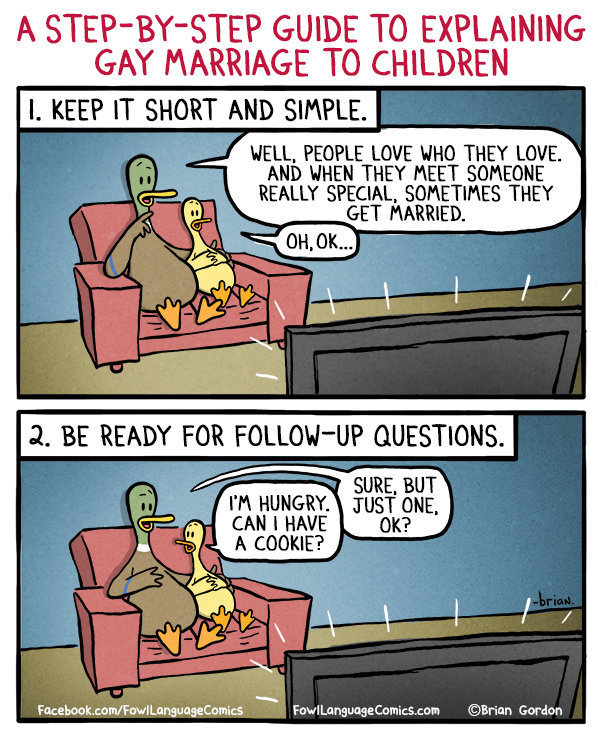 There’s a predictable media storm in England (Scotland has a different, more enlightened education system) about plans to revise sex education, something that’s been overdue for decades now, to include “respect for all”. It’s predictable because various right-wing rabble-rousers have been banging on about the spectre of “gay and trans lessons” â€“ a phrase you can thank the ever LGBT-friendly Times newspaper for. Education secretary Damian Hinds, who appears to be a coward, has now promised that “respect for all” does not have to include respect for gay or trans people.

The columnists, and the 100-odd-thousand parents who’ve signed a petition objecting to their children being taught basic human decency, appear to be misunderstanding a fairly basic point.

In primary school, and for much of secondary school, sex and relationship education is not about fucking.

We went through this decades ago with Section 28, which did incredible harm to LGBTQ people. Can we maybe not do it all over again?

As the BBC reports, the guidance says in regards to LGBT content: “pupils need to understand ‘that some people are LGBT [lesbian, gay, bisexual and transgender], that this should be respected in British society’.”

That teaching should be age-appropriate, so in primary school it’s nothing more than awareness that not everybody has a mum and a dad, and that that’s perfectly normal.

I’m the trans parent of a five year old and an eleven-year-old. Some of my fellow parents are gay.Â To pretend that we don’t exist, to refuse to let children know that some of their peers have two mums or two dads or a dad who looks like a mum, to refuse to reflect the reality that every single LGBT adult was a child once is ridiculous.

All it does is create a vacuum that bigots are all too happy to fill.