In whose face? Down whose throat? For God’s sake, let it go 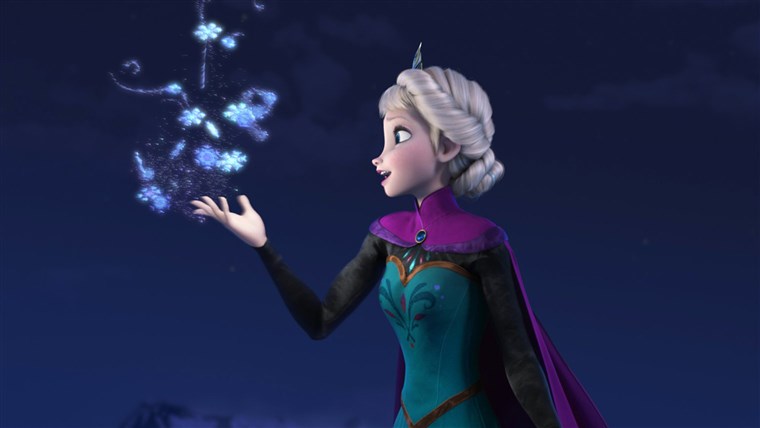 When was the last time you had objectionable content rammed down your throat? Because according to the internet, it’s happening constantly. All over the world, people are getting things rammed right down their throats.

Except, of course, they aren’t.

Here’s an example. Today, one of my friends was reading a Facebook thread about a children’s cartoon, Frozen. The thread was based on a report that in the sequel, one of the female characters â€“ Elsa â€“ may have a girlfriend.

You can guess the response. Over 1,000 comments with tons of: people are trying to force politics into everything! It’s political correctness gone mad! I’ve got nothing against LGBT people, but why do they have to ram this stuff down our throats?

First of all, nobody’s ramming anything down anything. You’re a grown adult moaning about a cartoon that hasn’t been made yet.

Secondly, politics is in everything. As my friend posted on Twitter:

If you think letting cartoon characters (ðŸ¤¦ðŸ»â€â™‚ï¸) only have heterosexual relationships is not political, youâ€™re wrong. If you think having only white characters on TV is just, like, normal, and â€˜addingâ€™ people of colour is PC-gone-mad, think harder.

Newsflash: gay people exist, have always existed, and always will exist. To exclude gay characters Â (or Asian characters, or Black characters, or trans characters, or…) is a political act; whether consciously or otherwise, it’s choosing not to reflect reality.

As another commenter noted, pretty much every female character in Disney movies has a love interest â€“ a straight one, although not necessarily a human one. For example, in Beauty And The Beast Â the lead character, Belle, dates a monster â€“ the titular Beast â€“ after he kidnaps her.

This is a cartoon in which one of the key characters is a living, talking snowman, from a company whose previous films included living teapots, talking animals and a duck who goes around in people clothes but who never wears trousers.

If you are outraged by the presence of an inoffensive gay character in a cartoon, you’re a bigot.

If you’re okay with your kids seeing a guy developing superpowers because he was bitten by a radioactive spider but you can’t hack the idea of them seeing a girl with a girlfriend, you’re a bigot.

If you can accept your kids seeing an enormous angry space monkey fly a spaceship but can’t face the thought of them seeing two girls holding hands, you’re a bigot.

If you feel that letting gay kids (or black kids, or trans kids, or…) see the occasional character a bit like themselves among the thousands upon thousands of characters that are white, cisgender and straight, you’re a bigot.

What is wrong with you?

There’s a core belief here, which is that if children see a gay character on screen it might turn them gay. And there are two responses to that. One is “so what?” The other is to point out that it really doesn’t work like that. I spent 40-something years seeing cisgender people on TV, in cartoons and in films. If trans people were featured, which they generally weren’t, they were murderers making shirts out of women’s skin (Silence of the Lambs) or were portrayed as they were in Ace Ventura: Pet Detective, in which Jim Carrey discovers he’s kissed a trans woman, throws up twice, uses an entire tube of toothpaste to brush his teeth, strips naked, throws his clothes in the trash, burns them and then weeps in the shower.*

Every time somebody says they don’t want political correctness shoved down their throat, what they mean is that they believe that the minority in question is sinful, shameful or evil in some other way â€“ that the minority is less than human and deserving of fewer rights than others.

We must protect our children! they holler.

Protect them from what?

Right now, my group’s the one getting most of the “protect the chiiiiiiiiiiiiildren” nonsense. Previously it was lesbians; before that, gay men. Before that, black people. And so on.

And it’s everywhere. On the social network Reddit, one visitor to a trans discussion forum asked a whole bunch of questions (now removed) and made the comment that they personally were cool with trans people and LGBTQ people generally, but why did they have to shove it in people’s faces all the time?

We aren’t the ones having gender reveal parties, dressing babies in babygros with “Ladies Man” printed on them, obsessing over what other people do in bathrooms or bed or approaching complete strangers in the street and shouting that they’re abominations. We aren’t demanding that you can be discriminated against in health and in housing, in employment and education, and that you shouldn’t be allowed to serve in the military, teach children or take part in public life. We aren’t regularly writing in the papers and online about how people like you are all pedophiles and potential rapists. But sure, if we go to a parade once a year we’re the ones shoving things in people’s faces. I’m rolling my eyes pretty hard here.

There are, yes, and the overwhelming majority of entertainment is made by them, for them. And yet any time there’s the slightest hint of a non-white or non-straight or trans character in anything, thousands of straight people lose their shit. They lost their shit when Ghostbusters was remade with female leads, one of whom was abused horrifically because she was not just a woman but a black woman. They lost their shit when a Star Wars film featured an Asian woman in a prominent role (and some of them made a version of the film where all the women were removed). And now they’re losing their shit at the thought that one of the characters in Frozen might have a girlfriend instead of just a talking snowman who doesn’t ever melt.

I’ll give the last word to Elsa.

I donâ€™t care what theyâ€™re going to say. Let the storm rage on.

* The scene isn’t just offensive for its mockery of trans women. It’s a deliberate parody of the scenes in dramas where women are traumatised after a sexual assault or rape. Think about that for a moment: rape as comedy. You just know that it wasn’t a woman who wrote that scene (it was a man, Jack Bernstein), or who directed it (it was directed by Tom Shadyac, a man), or who signed it off (the producers were Gary Barber, Peter Bogart, Bob Israel and James G Robinson, who are men). This is what happens when your productions aren’t inclusive.