Another day, another admission by The Sunday Times that an anti-trans article by Andrew Gilligan was made up. This time it was the one about women’s toilets in the City of London, in which Gilligan completely misrepresented the Equality Act to scaremonger about nothing.

As I wrote at the time:

I regret to inform readers that noted fantasist Andrew Gilligan has written another article. This week heâ€™s suggesting that the City of London may let trans women use the ladiesâ€™ toiletsâ€¦

â€¦which the City of London has been doing for eight years, because thatâ€™s the fucking law.

Gilligan is well aware of the Equality Act 2010 and is reminded of it whenever he writes untrue things about trans people or their allies. He just chooses to pretend otherwise, because heâ€™s a disgrace to journalism. 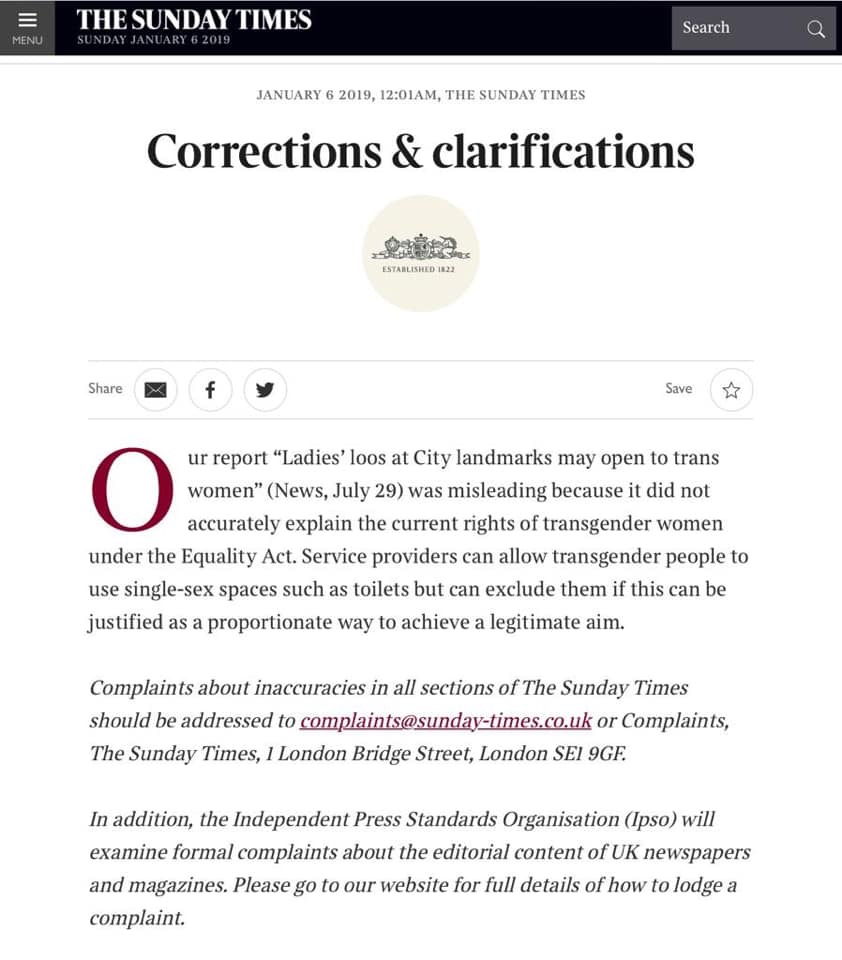 But of course, the damage is already done: the article, yet another in Gilligan and The Sunday Times’ ongoing campaign against trans women, appeared during the Gender Recognition Act consultation period and helped fuel anti-trans hysteria. Admitting that it was bullshit six months down the line, long after the consultation closed, Â is far too little, far too late.

To write one incorrect article about trans women is unfortunate. To do it repeatedly suggests malice.

Update: Paris Lees shares some more mandatory corrections from Mail Online (completely misrepresenting the Mermaids charity, something Andrew Gilligan has previously been censured for too) and The Scotsman (an anti-trans column claiming a hospital has stopped doing gender surgeries when in fact, it is “fully committed” to providing such surgeries.