Pick-up artists, misogyny and the alt-right 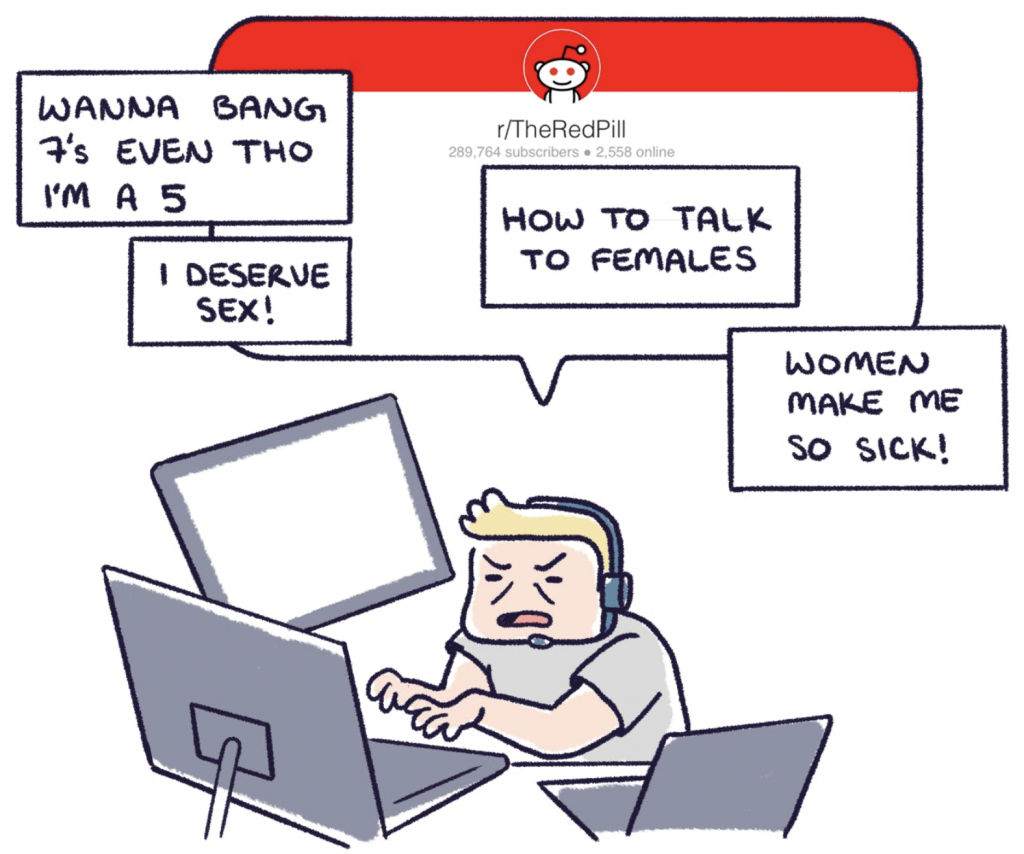 One of the more odious groups of people to crawl out of the internet are the pick-up artists (PUAs), who treat women as commodities and whose tactics are thoroughly awful. There has been plenty of (rightful) condemnation of these clowns, most recently over the BBC Social investigation of repellent Scots PUA A-Game, although it’s worth remembering that a lot of men’s magazines and websites praised the early PUAs.

If you’re not immersed in internet culture you might not be aware of the strong links between PUAs, the furious, violent culture of so-called Incel young men and the neo-Nazism of the alt-right. It’s all connected in what some people call the “Manosphere”, the various sites and forums centred on so-called men’s rights activism.

This webcomic, by Charis JB for The Nib, does a good job of explaining it all. Including the murderous consequences.