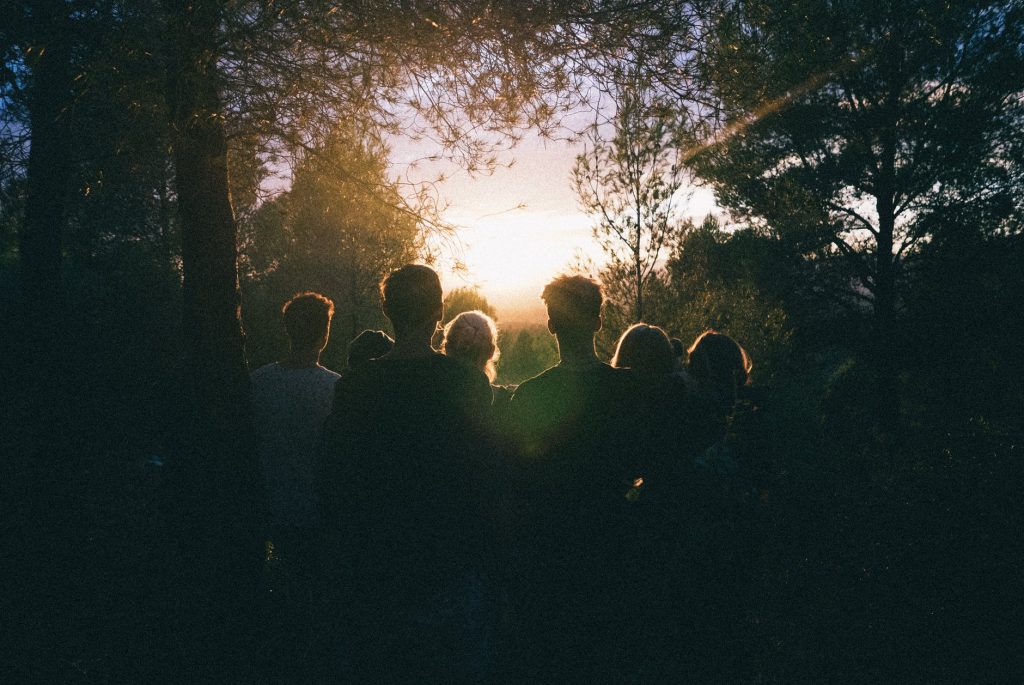 Cerian Jenkins is one of my favourite writers, both in her day job as a columnist for DIVA magazine and as a blogger. In The [Other] C Word she’s been blogging about her experiences of cancer treatment, both in terms of the physical effects and the wider impacts on her life.

This post, on friendship, is typically astute.Â Big life events can have a seismic effect on your friendships, and many of those relationships don’t survive.

In shining a harsh light on the fundamental foundations of relationships I had, up until now, probably taken for granted as unshakeable, I have been granted a rare insight into which special friendships I should invest much of my time and effort into nurturing and which friendships I should accept were not what I had perceived them to be pre-diagnosis.Â  It allowed me to build upon old connections, and even to create brand spanking new ones.

As Jenkins noted on Twitter, the response to her blog demonstrated that it’s not just the big C: people undergoing gender transition, divorce, becoming parents, experiencing other major life changes or just going travelling have encountered similar changes. I wrote about my own experiences of absent friends earlier this year:

And like every other big step Iâ€™ve had to take, I had to do it solo. No wingman to give me confidence. No voice offering assurance that I can do this. No shoulder to cry on when the sheer enormity of it all seems too much.

But Jenkins, like me, has found positive effects too.

…you will be amazed by how right you were about a handful of brilliantly supportive friends, as well as completely blown away by people you would never have expected coming out of the woodwork and proving themselves to be invaluable pillars of strength. I know I have been.

Nowadays, when I look at my wonderfully eclectic group of friends, I am acutely aware of the truth in the words â€˜quality over quantityâ€™.Â  I feel infinitely lucky to know that there are people in my life who will be with me through thick and thin, in sickness and in health; and that they will always be able to rely on me doing the same for them. In truth, I wouldnâ€™t be standing today, let alone still smiling, without them.

Not everybody in your life is going to be there forever. Sometimes friendships will fade; sometimes they end much more abruptly and in ways that may upset you. But rather than mourn the death of friendships that are beyond repair, it’s much better to work on the new friendships you’re making â€“ and if you’re not making them, to put yourself in situations where you can make connections with new people.

Many of those connections will be strictly temporary; some might not last beyond a single day.

But some of them will blossom.

Some of them mayÂ turn out to be the most important connections you’ve ever made.

And even if there is a screw-up in your far future, the friends you have now can have a phenomenal effect on your life right now.

With very few exceptions, the people who matter most to me now â€“ the people who pick me up when I’m feeling down, who get me out of my comfort zones and who make me feel the sheer joy of being alive â€“ are people I didn’t know two years ago, or didn’t know as well as I do now. I am a better person, and live a happier life, partly because of people who weren’t in that life just a short time ago.

In the end, the important thing is to be generally kind and to nurture understanding of yourself and those around you, whatever role they choose to play (or not play) in your life.